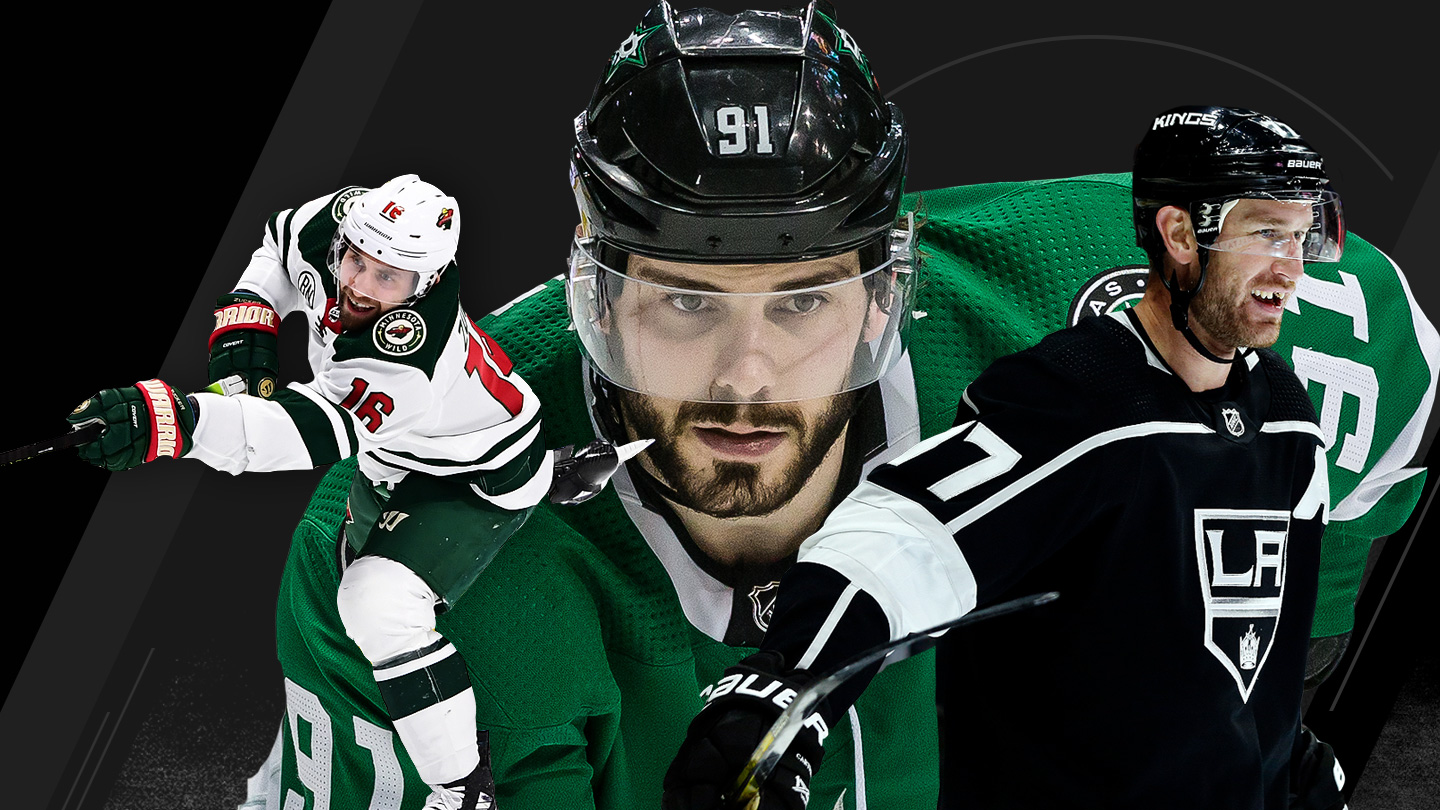 To paraphrase Billy Zane in "Titanic," some teams just seem to "make their own luck," through their given style of play or the skill of their players. But "puck luck" is very much a thing in the NHL: Sometimes teams and players benefit from it, and other times the puck was just bound to hit the crossbar, like that big blue necklace was destined to end up inside the coat pocket of Rose DeWitt Bukater.

This week in the power rankings, a look at good and bad fortune in the NHL.

Cedric Paquette has been a lot of things for the Lightning: grinder, pest, player the French-language media requests during the playoffs for interviews. Now we can add "efficient," because with a little puck luck, he has a 16.7 shooting percentage with 12 goals on 72 shots -- by far the best rate of his career.

Everything's coming up Joe Pavelski this season, with a career-best 17.2 shooting percentage on 122 even-strength shots. My, it's almost like it's a contract year!

Jake DeBrusk with David Krejci as his center, for 592 even-strength minutes, has a goals-for percentage of 60.53. Without him, in 120 minutes, it's at 44.44 percent. So, it goes without saying, but we'll say it anyway: DeBrusk has been lucky to have him.

A good penalty kill requires skilled players, smart positioning and, yeah, a bounce or two going your way. The Flames have had all of this on their PK, generating 16 short-handed goals, the second-highest total for an NHL team in the past decade.

The Leafs lead the NHL in PDO, a stat that's a combination of on-ice shooting percentage and save percentage. Their PDO is 1.028, which is the highest they've had in the past three seasons. Who had Andreas Johnsson (17.9) having a higher shooting percentage than Auston Matthews (16.8)?

What if I told you there was a player who had shooting percentages of 17.6 and 18.3 in his first two years in the NHL, but just 13.1 this season? You would probably say that Patrik Laine has been seriously unlucky this season.

Every season, there's an unexpected team that's "riding the PDO train." While the Islanders' PDO hasn't been above unsustainable standards, it stands at 1.025, which is an indication that they're getting stellar goaltending while also getting a little lucky at the other end.

Since 2016-17, no Predator has clanged the post more times than Viktor Arvidsson (19), including five times in 47 games this season.

For all the great things the Hurricanes have done this season, a little puck luck would have made it better. Consider they have the most high-danger shot attempts and yet have the lowest high-danger goals out of the top 11 teams in high-danger attempts.

The Knights have an actual goal differential of minus-22, a stat that subtracts expected goals from actual goals. One way of looking at this: Vegas is generating a ton of good chances but hasn't converted enough of them.

Since Jan. 1, 2016, no player in the NHL has dinged the crossbar more than Vladimir Tarasenko (10 times).

Tarasenko's countryman Artemi Panarin has hit the crossbar five times this season. No one on the Jackets has hit it more than once.

Max Domi has shown offensive spark in the past. But there has to be at least a little puck luck when a player goes from a 3.88 shooting percentage at even strength to a 15.75, which is what he has done this season.

Tyler Seguin's monthly shooting percentages from October through December, at which point his team president called him "horse bleep": 5.2, 9.4, 6.8. In the two months that followed it: 16.3, 16.4. Guess he was super-motivated to stop hitting so many posts and crossbars. Or, and hear me out: He suddenly stopped hitting as many posts and crossbars.

For a long period this season, the Coyotes were at the bottom of the NHL in shooting percentage. In October, it was at an astounding 1.7 percent. Now? They're up to 8.5 percent as they rise up the standings. The tide has turned.

Sean Couturier has seen 71 of his 80 missed shot attempts sail wide. Last season, it was just 66 times on 83 misses.

Jason Zucker is starting to heat up, with six of his 20 goals this season coming in the last eight games. The puck luck has not been with him, as he has a 10.7 shooting percentage in 69 games. Last season, it was at 14.9 percent, which was pretty great timing for a guy who signed a five-year extension in July.

The Senators currently have an 18.5 percent chance of winning the draft lottery. OK, that's not exactly "puck luck," but we just felt the need to restate this for the benefit of our friends in Colorado.

If we believe that PDO is a measure of luck, well, the Panthers are a black cat walking under a ladder into a broken mirror: They're at 0.985, lowest in the NHL at 5-on-5.

Brandon Saad is tied with Tyler Seguin in hitting the crossbar six times this season, the difference, of course, being that his team president never called him "horse bleep" for doing so.

Jeff Skinner has a shooting percentage of 16.1 this season, which would be a new career high. Which, again, seems to happen to these guys in contract years, huh?

Connor McDavid has 34 goals this season in 65 games. That number could be even higher if he hadn't hit the goalposts 11 times. Last season, on more shots, he hit them only seven times.

Nikolay Goldobin has 100 shots on goal. He also has 53 shots that have missed the net, including six that have gone off the post, tied with Jake Virtanen for most on the team.

Mika Zibanejad is tied with Connor McDavid, having hit the posts with shots 11 times this season.

The Ducks have allowed 712 shot attempts from high-danger areas but have an .847 high-danger save percentage, fifth best in the NHL.

While it has been a disastrous season on many levels for the Devils, one bright spot has been Travis Zajac. The 33-year-old center might produce his best goal-scoring season on average, with a career-best 15.1 shooting percentage.

There has to be some level of horrible "puck luck" to not have scored a goal since Dec. 8, 2018. Right, Justin Abdelkader?