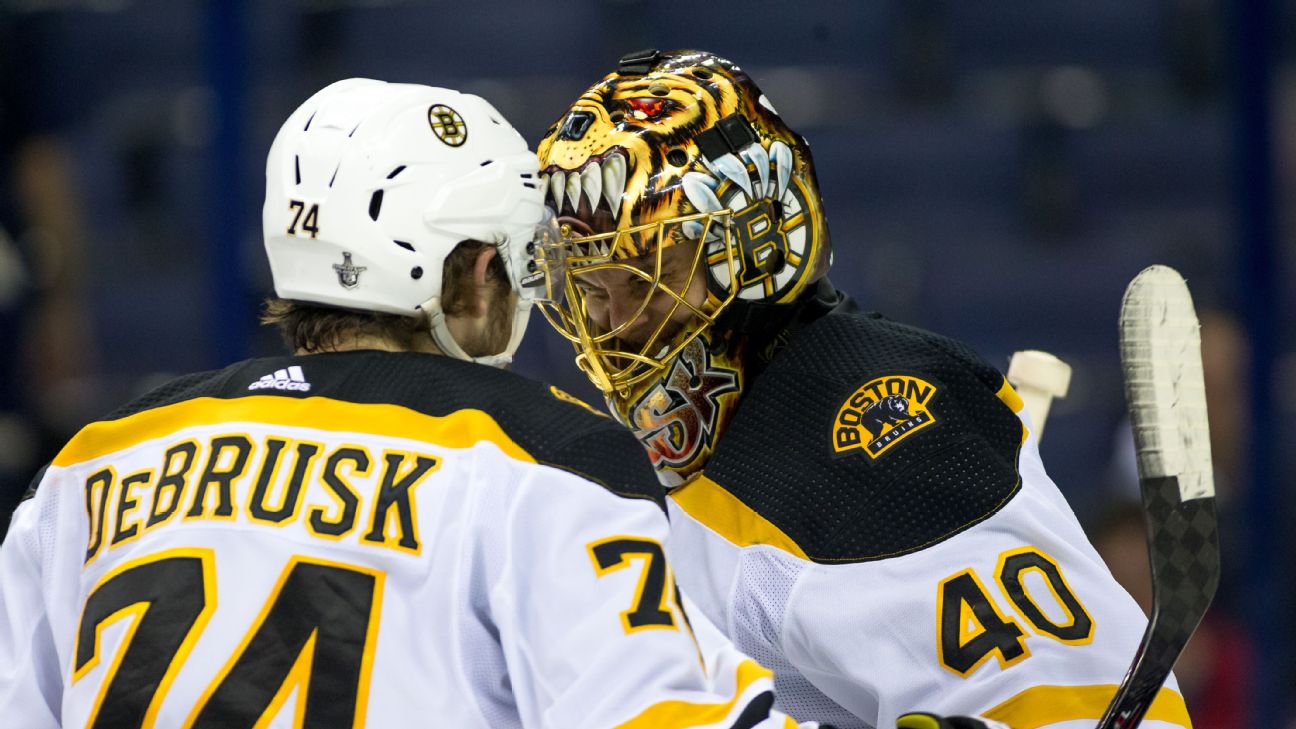 Three of the four series in the second round are now deadlocked, as the Boston Bruins tied things up with the Columbus Blue Jackets, and the Colorado Avalanche did likewise with their win against the San Jose Sharks.

Here's what happened in the NHL last night (check out replays of every playoff game on ESPN+) and what to watch for in today's edition of ESPN Stanley Cup Playoffs Daily:

Play of the night | Today's games | Social post of the day

Game 4: Boston Bruins 4, Columbus Blue Jackets 1 (series tied 2-2). The Bruins needed their big names to step up and even this series. So Patrice Bergeron scored two goals on seven shots. David Pastrnak had a goal and an assist. And Tuukka Rask bettered Sergei Bobrovsky with a brilliant 39-save effort. The Bruins also kept the Jackets off the board on the power play, going 4-for-4 on the kill, which was also the formula they had in Game 1, a physical, nasty game that the Bruins conquered. Now we're 2-2 headed back to Boston. The Bruins' 46 shots were their most in a non-OT playoff game since they had 56 vs. Chicago on April 11, 1975.

Game 4: Colorado Avalanche 3, San Jose Sharks 0 (series tied 2-2). Nathan MacKinnon had the winner in the second period,Mikko Rantanen had two assists for the Avs and Philipp Grubauer did the rest with a 32-save shutout to even the series against the Sharks.

Ah, there's the Grubauer we remember from the first round. The Avalanche goalie made 32 saves, turning back every prime Sharks chance in posting his first career playoff shutout.

Tough night for the hypercritical Boston fans who blame a career .921 goalie for any of the team's foibles. His 39 saves were his most in the playoffs since 2017. His save percentage has steadily increased as the series has gone on as well. He also stopped a penalty shot in Game 4.

Play of the Night

This was a key moment in Game 4 between the Bruins and Blue Jackets. Boone Jenner had a chance to tie Game 1 just 3:19 after the Bruins took the lead, and Rask made the stop. That was the fourth penalty shot of this postseason and the second save. Rask has faced two penalty shots this postseason, stopping Jenner here after allowing a goal to Mitch Marner in Game 1 of the first round vs. the Maple Leafs.

Dud of the Night

Here it is: Conclusive evidence that the puck hit the netting before CBJ's goal. pic.twitter.com/OSwd2zE4Oc - Sean Tierney (@ChartingHockey) May 3, 2019

Playoff officiating strikes again. Another night, another titanic goof by the on-ice officials in a playoff game that dramatically altered the game. Down 2-0 to the Bruins, Artemi Panarin scored his fifth of the playoffs at 8:46 of the first period. One problem: The on-ice officials all missed the puck going off the netting above the Bruins goal. Then, when Oliver Bjorkstrand played the puck before Panarin scored, it nullified any video review due to an archaic rule. Ugly all around. Well, except for the Jackets.

New York Islanders at Carolina Hurricanes, Game 4, 7 p.m. ET (Hurricanes lead series 3-0). Officially, PNC Arena has prohibited fans from bringing brooms to Game 4, but we imagine we'll see a few in the stands as the "Bunch of Jerks" go for the sweep. It should be Curtis McElhinney again in goal for Carolina, with Petr Mrazek doubtful for Game 4.

Dallas Stars at St. Louis Blues, Game 5, 9:30 p.m. ET (series tied 2-2). This series found its nasty edge in Game 4 with a second-period fracas that saw Blues goalie Jordan Binnington slash both Jamie Benn and Ben Bishop. "Just a bunch of grown men being donkeys out there," Benn said. All eyes will be on Binnington, who has only lost two straight decisions one other time this season -- in the first round against the Jets.

Nothing like a kitten discovering the Stanley Cup playoffs for the first time.

"We prided ourselves on being disciplined. That's the most disappointing part. That's the hard part about the game tonight." -- John Tortorella, Blue Jackets coach, on his team's six minor penalties in Game 4 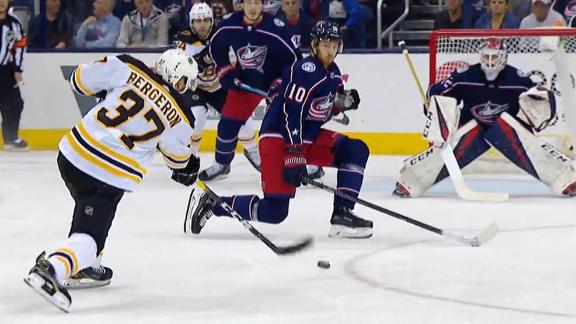 Pastrnak, Bergeron score early as Bruins even series
David Pastrnak and Patrice Bergeron come out aggressive against the Blue Jackets by scoring 2 early goals, leading to a 4-1 Bruins win. 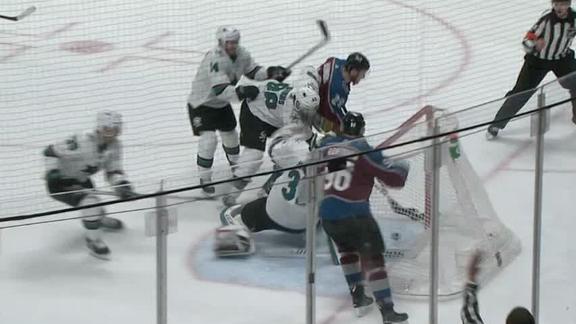