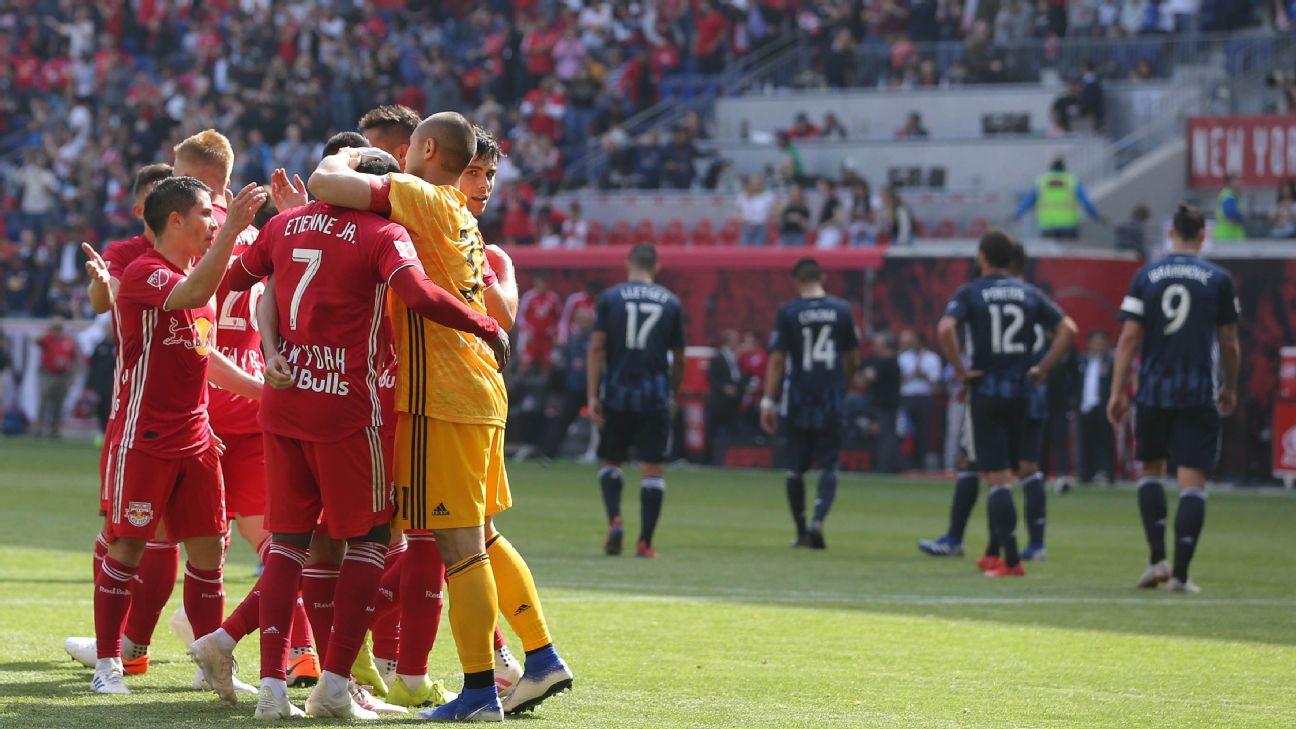 Derrick Etienne scored the winner in the 67th minute Saturday as the New York Red Bulls rallied to defeat the visiting Los Angeles Galaxy 3-2 on Saturday in Harrison, N.J.

The Galaxy (7-2-1, 22 points) had allowed only eight goals this season. They fell to 6-1-1 in the past eight games despite receiving a goal and an assist from Zlatan Ibrahimovic at Red Bull Arena.

Etienne, who had entered four minutes earlier, slotted a 15-yard shot after a pass by Daniel Royer. The play withstood a video review to determine whether Brian White was in an offside position impeding goalkeeper David Bingham. The Red Bulls won their second straight.

Amro Tarek gave the Red Bulls 1-0 advantage in the 15th minute on a well-constructed free kick from 40 yards by Rzatkowski. His service into the box was headed toward goal by White and Tarek got on the end of the ball for the finish.

Defender Diego Polenta had the secondary assists when the Galaxy scored twice in four minutes for a 2-1 halftime lead.

Los Angeles tied it 1-1 when Polenta got an overhead ball to Ibrahimovic on the right flank in the 39th minute. Ibrahimovic spotted Uriel Antuna in front for his second goal in as many games.

The Galaxy made it 2-1 in the 43rd on Ibrahimovic's diving header from 6 yards off a service by Chris Pontius. Ibrahimovic ranks second in MLS with nine goals in eight games.

Rzatkowski got the equalizer when he was left unmarked to receive a ball from the right side by Connor Lade.

New York's Bradley Wright-Phillips, eighth all-time in MLS with 107 goals, missed his second straight game because of a groin injury.

The Red Bulls will complete a three-game homestand on Wednesday vs. Montreal.

Also Wednesday, first-year Galaxy coach Guillermo Barros Schelotto returns to Columbus, where he helped the Crew win the 2008 MLS Cup as a player. 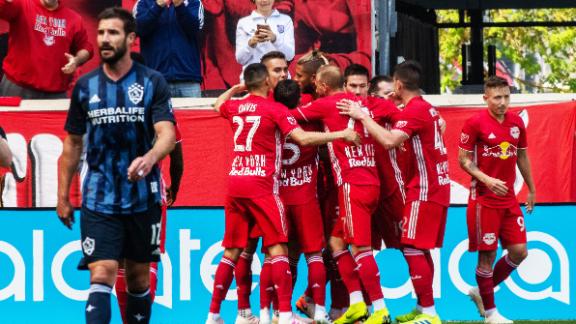