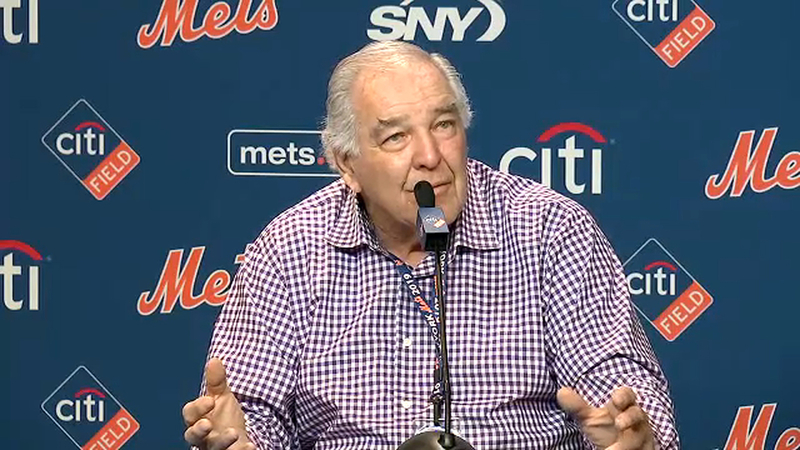 NEW YORK (WABC) -- It took one Port Authority officer from Long Island to set off an altruistic chain of events that ultimately led to Mets legend Ed Kranepool receiving a kidney earlier this week.

Brian Cooney, 45, from Oakdale decided a few months ago he wanted to donate a kidney and called Stony Brook University Hospital. Cooney has been a Port Authority police officer since 2002 and is stationed at LaGuardia Airport. He was with the NYPD during 9-11 and spent a month at Ground Zero.

"I just felt like it was a good chance for me to do good for people in general. I knew that some person would specifically benefit, but I didn't have anyone in mind. I just wanted to pay it forward and give thanks for a great life that I've had," he said.

Cooney's blood type matched Al Barbieri's, who was on dialysis three days a week and on the waiting list for a kidney transplant. Barbieri, of Glenwood Landing, is a volunteer firefighter with the Glenwood Fire Department.

Cooney became a donor for Barbieri, which freed up Barbieri's wife Debbie to become a donor herself. She wanted to be a donor for her husband, but they have different blood types. The transplant team at Stony Brook asked Debbie if she would be willing to be a donor for another person on the waiting list. She agreed.

"It was the best thing I ever did," she said.

Debbie Barbieri did not know until many weeks later she was donating to Kranepool. Kranepool had been doing media interviews for quite some time trying to find a kidney donor, so Barbieri was familiar with his story.

"I follow everything to do with kidneys, and I saw his when he was on TV, and I knew about his situation before," she said.

All four surgeries were performed Tuesday at Stony Brook.

"I just want you to know, the kidney you gave me I think I'm getting some hot flashes at nighttime," Kranepool said laughing to Debbie Barbieri during a press conference Friday at Stony Brook.

Kranepool said this miraculous experience is not dissimilar from winning the 1969 World Series. It displays the importance of teamwork.

"We had a team of four. Everyone participated in the program," he said.

Al Barbieri thanked Cooney for stepping up to the plate.

"Police officers are here in the world today so that firemen can have heroes too," he said.

Cooney said he was happy he could help -- even if he is a Yankees fan.

Eight-thousand people are currently on the waitlist in New York State to receive a kidney. If you would like to donate or more information, visit www.liveonny.org.