WABC
MINEOLA, Nassau County (WABC) -- A husband and wife are under arrest on Long Island, accused of killing two puppies and injuring a third in a disturbing case of animal cruelty.

Authorities say 29-year-old Ellie Knoller is charged with three counts of aggravated cruelty to animals, while both he and his wife, 30-year-old Jessica, are charged with overdriving, torturing and injuring animals.

According to the indictment handed down by a Nassau County grand jury, Ellie Knoller killed two puppies days after obtaining them and nearly killed a third puppy named Bella.

Jessica Knoller is charged with allowing Bella's suffering to go on for 15 hours. 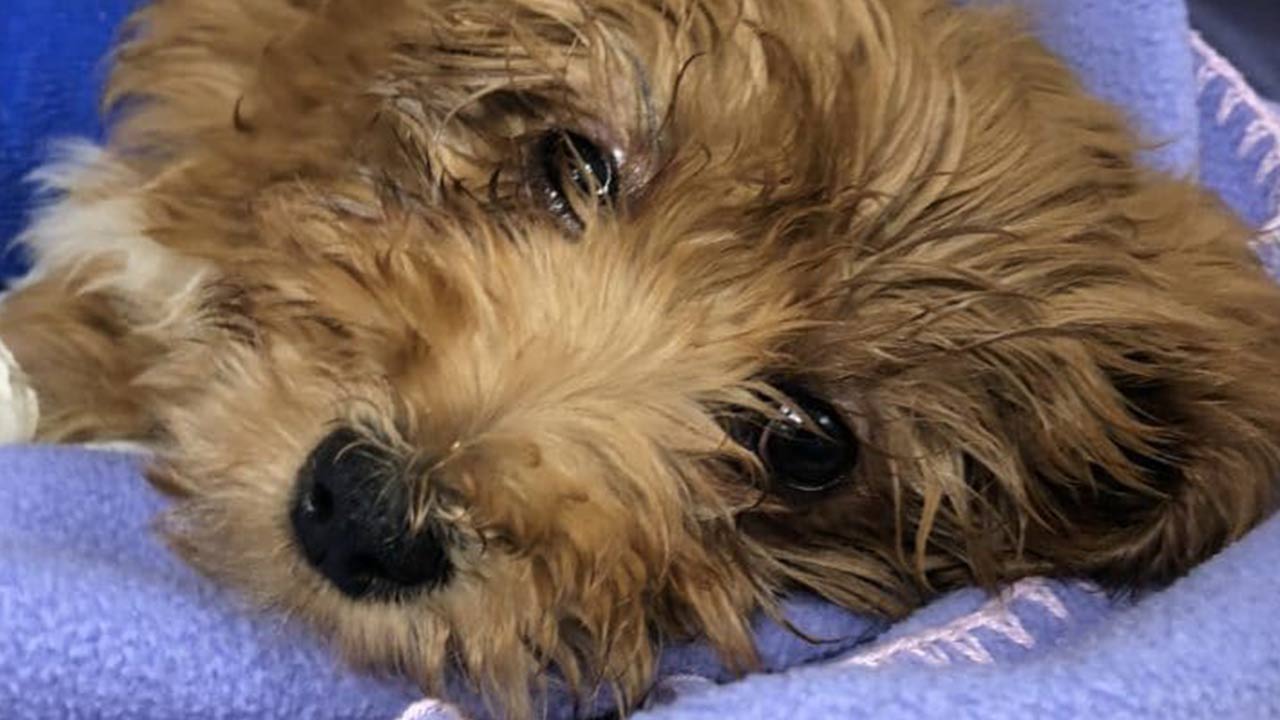 "Three healthy puppies suffered horrific injuries while they were under the care and control of these defendants," District Attorney Madeline Singas said. "Sadly, these animals can't testify about the unconscionable suffering that they endured, but their blunt force and neck trauma injuries tell a gruesome story, and we are committed to seeking justice on their behalf."

The alleged incidents of abuse all took place in February.

Authorities say the defendants allegedly adopted a 10- to 12-week-old male Shepherd mix named Tucker from a local pet adoption agency, and by February 17, the puppy was dead of a kidney rupture.

It is alleged that Ellie Knoller inflicted blunt force trauma to the dog that resulted in the kidney rupture, causing the dog to suffer from extensive internal bleeding and die.

Additionally, on or about February 18, the defendants allegedly purchased a 10- to 12-week-old male brown Goldendoodle puppy named Cooper, from a breeder in Pennsylvania. On February 20, Ellie Knoller allegedly brought the puppy into Garden City Veterinary Care in cardiac and respiratory arrest.

By the time a veterinarian examined Cooper he had already died. The dog's cause of death was determined to be from a lacerated liver.

It is alleged that Ellie Knoller inflicted blunt force trauma on the dog that resulted in the lacerated liver, causing extensive and ultimately fatal internal bleeding.

The above-listed incidents came to light following an investigation after the couple brought the lethargic and lifeless 11-week-old female brown Goldendoodle puppy Bella to Veterinary Referral & Emergency Center of Westbury on February 27.

Upon examination, the veterinarians found Bella to have multiple fractured ribs, bruising on her lungs, bleeding behind her eyes and a broken leg.

Bella required surgery, including the insertion of a metal rod, to repair her leg and has a steel plate to hold the bones in place while they heal.

It is alleged that Ellie Knoller inflicted blunt force trauma on the dog that resulted in her injuries. She continues to recover from her other injuries and has since been seized pursuant to a search warrant and is now in the care of the Nassau County SPCA.

The defendants allegedly received Bella after complaining to the breeder that Cooper had unexpectedly died, and she is from the same litter as Cooper.

The Mineola couple was arraigned Wednesday and ordered to surrender their passports. They are due back in court on June 3.

Due to the cost of Bella's medical care, the Nassau County SPCA is seeking assistance from the public.