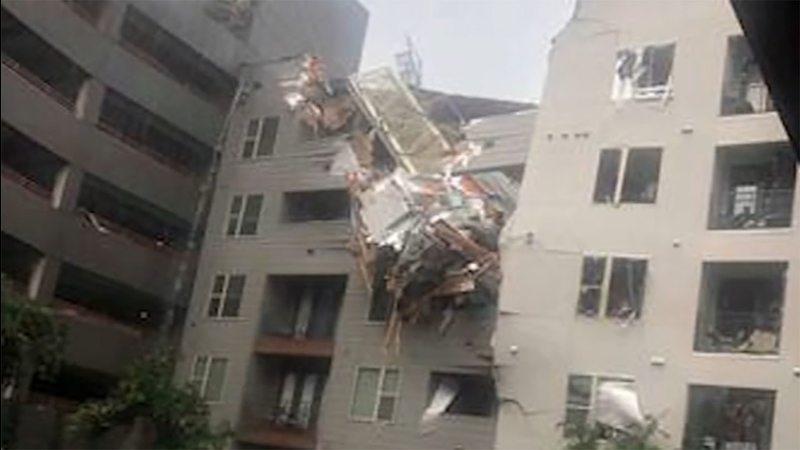 DALLAS, Texas -- At least one person is dead after a construction crane collapse in Dallas amid severe thunderstorms.

According to Dallas' Fire-Rescue, six people were injured. Two are in critical condition, three people were seriously injured and one person suffered a minor injury.

Crews were searching the Elan City Lights building when they found the body of a woman after the crane collapsed and ripped a large gash into the side of the five-story structure. The fire rescue said they are still searching for missing people.

The cause behind the fall of the crane is unknown, but Evans said strong winds could have played a role in the collapse.

A video shared to Twitter by Sophie Daigle showed how the winds blew away pieces of wood near the area. Next thing, Daigle is heard screaming "the crane is falling!" She quickly turned her camera and caught the horrifying moment.

At Dallas Love Field airport, WFAA-TV reports gusts damaged a hangar door and part of the roof at a Southwest Airlines maintenance facility.