American college student killed by sharks in the Bahamas

KABC
By ABC7.com staff
TORRANCE, California -- A 21-year-old woman from California was attacked by three sharks and killed while snorkeling with her family in the Bahamas, officials said.

Jordan Lindsey, 21, of Torrance, was swimming in waters near Rose Island when she was bitten by multiple sharks, according to Paul Rolle, deputy commissioner for the Royal Bahamas Police Force. 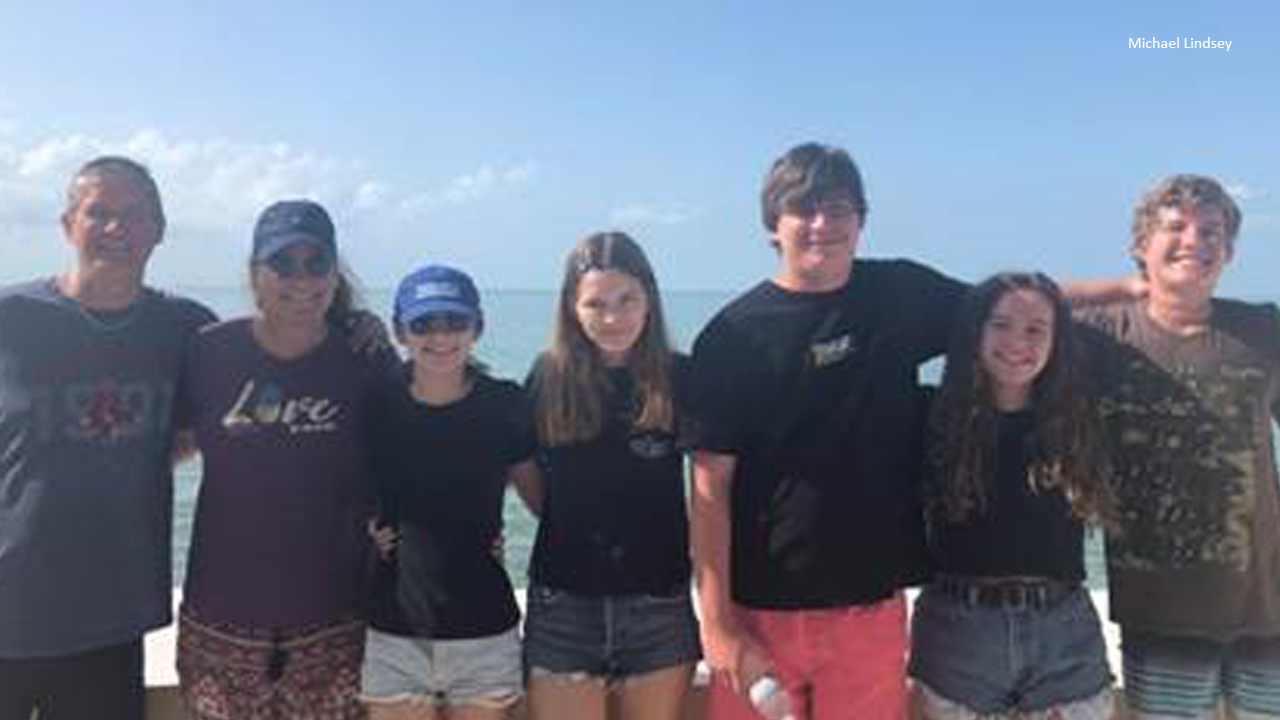 Jordan Lindsey, center, posed with her family and girlfriend before they went on a snorkeling trip in the Bahamas. The Torrance woman died after being attacked by three sharks.

There were three sharks involved in the attack, and they bit her in the arms, legs and buttocks, and severing her right arm, officials said.

"She said it happened so fast, and no one yelled anything," Michael Lindsey said. "My wife got to Jordan and pulled Jordan to shore by herself. The medical staff said they still had to do an autopsy. My wife said no one told her there were three sharks."

She was brought to a local hospital, where she was pronounced dead there. She is expected to undergo an autopsy in Nassau.

"Jordan was 21 and such a great daughter and person," Michael Lindsey said. "We already miss her terribly."

Her younger sister, Madison Lindsey, has started a GoFundMe page to help the family with funeral costs and transporting her body back to California.

"Jordan Lindsey was a beloved daughter, sister, girlfriend, and friend," the GoFundMe page says. "On June 26, 2019 Jordan was tragically killed from a shark attack in the Bahamas...Jordan had the most beautiful, gentle soul and she will be missed deeply."

She was a student at Loyola Marymount University, which issued the following statement:

"I am saddened to share that Jordan Lindsey, a communication studies major, died on June 26, 2019. She was 21 years old. Jordan was snorkeling with her family and friends in the Bahamas when she was attacked by sharks. Efforts were made to save her life, but she was pronounced dead at a hospital. A devoted animal lover and climate change advocate, Jordan transferred to LMU from Santa Monica College. She participated in LMU's Entrepreneurship Society, the Tau Sigma National Honor Society, and worked as a communications assistant for the LMU Frank R. Seaver College of Science and Engineering. Jordan was also a student researcher with CUREs, LMU's Center for Urban Resilience."

The U.S. Embassy is working to bring her body back to California.

Officials with the Bahamas government said: "The Ministry of Tourism, on behalf of the Government and the people of The Bahamas expresses its condolences and deepest sympathies to the family and loved ones of the victim of Wednesday's shark attack off Rose Island, near New Providence."