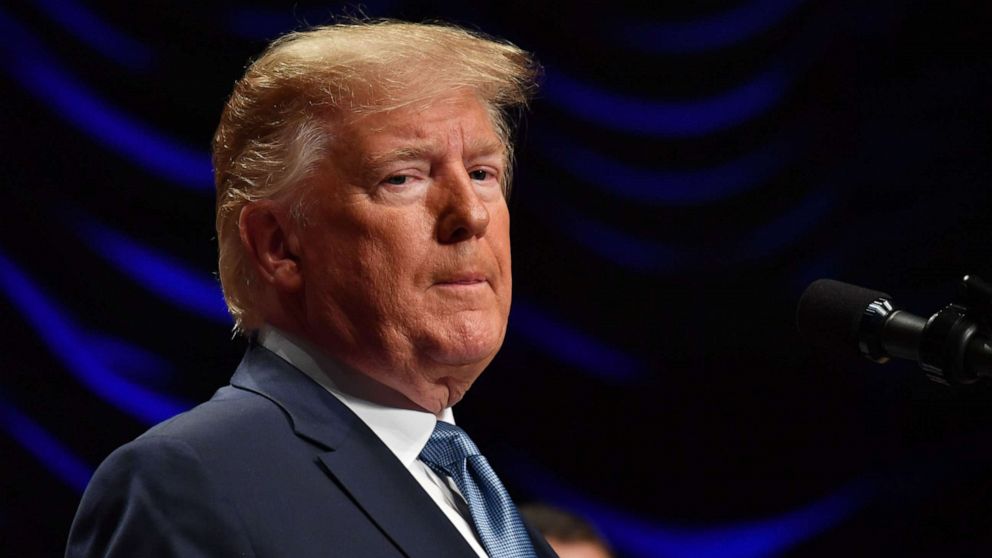 An attorney for President Donald Trump argued before a three-judge federal appeals court panel on Friday that Trump's accounting firm, Mazars USA, should not have to hand over 10 years' worth of Trump's financial records to House Democrats.

Trump's lawyer told the court in Washington, D.C., that the Democratic-controlled House Oversight Committee, which has issued a subpoena for the records, does not have the constitutional authority to do so and has no legitimate legislative purpose requesting them.

The legal battle has been going on since April, when Chairman Elijah Cummings first issued a subpoena for the financial records.

"Where there are constitutional doubts," Consovoy said, "the committee's power should be narrow." Consovoy said the president has a "hard line in pen" drawn around him protecting him from certain inquires.

But Judge Patricia Millett, one of three appellate judges hearing the case, took issue with Consovoy's argument that Congress has limited authority to investigate the president.

"Your point here is that he's absolutely immune from any oversight until the next election," Millett said, noting that under Consovoy's argument, Trump's immunity would continue if Trump wins a second term. Millett later added that the president has fewer expectations of privacy than a private citizen. "How about maybe, when you become the president, there's going to be some to's and fro's with the other branches," Millett said.

Douglas Letter, the attorney representing the Oversight Committee, said he was surprised by Consovoy's argument.

"I don't think we've ever encountered an argument that Congress cannot perform oversight of the executive branch," Letter said.

The committee has said it requested the documents in an effort to corroborate elements of Trump's former personal attorney Michael Cohen's testimony before the committee. During his testimony, Cohen claimed that Trump had, in the past, defrauded insurance companies by misrepresenting the value of his assets. Attorneys for Trump have dismissed Cohen's testimony as a "political stunt".

The committee, Consovoy argued on Friday, is much more interested in enforcement, and has tied possible legislation to the subpoena as an excuse.

Letter disagreed. "Congress is looking at all sorts of legislative possibilities, some of which may not involve the president at all," Letter said.

Cummings, has accused the president of "unprecedented stonewalling" as he continues to fight this and other subpoenas issued by the House.

The three-judge panel, consisting of Judge Millett, Judge Neomi Rao and Judge David Tatel was considering a ruling by U.S. District Court Judge Amit Mehta, who ruled on the case in May, sided with Democrats, stating in his opinion, "It is not for the court to question whether the Committee's actions are truly motivated by political consideration."

"We disagree with that ruling. It's crazy -- because you look at it -- this never happened to any other president. They're trying to get a redo," Trump said in May reacting to the lower court ruling."They're trying to get what we used to call in school a "do-over. And if you look, you know, we had no collusion, we had no obstruction. We had no nothing."

Trump has kept aspects of his financials more under wraps than have previous presidents. He's the first president in over 40 years not to release his tax returns.
Report a correction or typo
Related topics:
abc newsnational
Copyright © 2021 ABC News Internet Ventures.
More Videos
From CNN Newsource affiliates
TOP STORIES