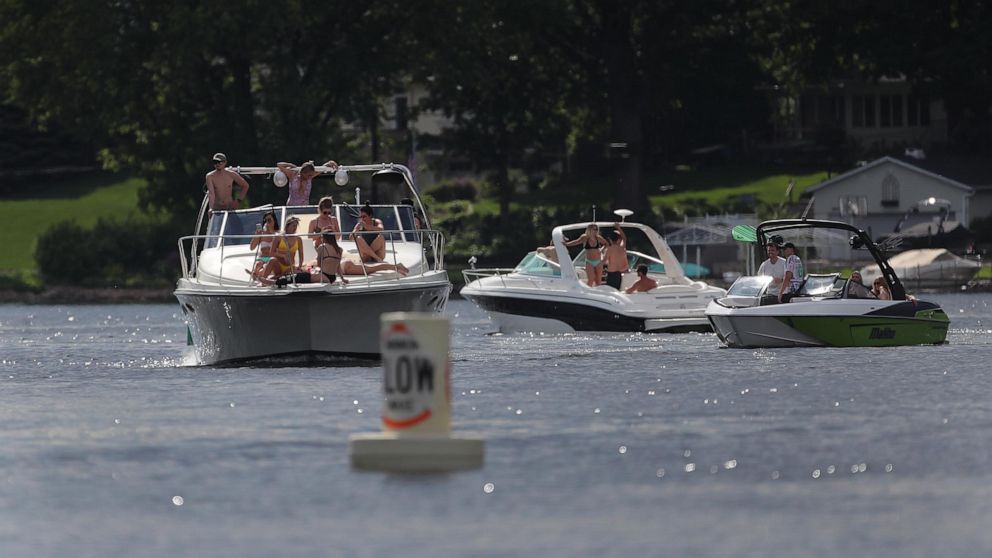 July 4th weekend often brings an influx of people to large lakes across the U.S., but celebrations took a turn for some people who went to Lake Minnetonka in Minnesota.

An investigation was launched by the Hennepin County Public Health Department after nearly 120 visitors reported getting sick.

"It is unfortunate that some people that recreated on the lake over the 4th of July holiday reported becoming ill," the organization said in a statement. "We want everyone to be safe and healthy while enjoying the lake, which is why certain regulations and measures are in place."

The public health department has since sent water samples to a lab for testing and is still awaiting the results.

A majority of people who reported getting sick were celebrating near an area of the lake called the "Big Island," according to Lake Minnetonka Conservation District.

Beaches are only closed when high levels of concerning pathogens or contaminants are found, according to the Hennepin County Public Health Department. A small number of beaches are currently closed on the lake.

"There is no reason to believe the lake cannot be used," the Lake Minnetonka Conservation District said in a statement. "Further, it is unlikely that if a pathogen was introduced and existed at the time, that it would still be present due to natural destruction and dilution."

The Big Island area of Lake Minnetonka is not a beach and therefore is not an area where the public health department performs routine tests, according to the agency.

One man who visited the lake during the holiday weekend said he received his test medical results back, and was negative for E. Coli and norovirus, according to ABC affiliate KSTP.

"The definitive source of the illness has not been identified at this time," Hennepin County Public Health epidemiology manager, Dave Johnson, told ABC News.

"We have been interviewing ill persons to evaluate all potential exposures, including water exposure and foods that were consumed...We have been asking people who are reporting illness to submit stool samples so we can determine the pathogen responsible."
Report a correction or typo
Related topics:
abc newsnational
Copyright © 2021 ABC News Internet Ventures.
More Videos
From CNN Newsource affiliates
TOP STORIES