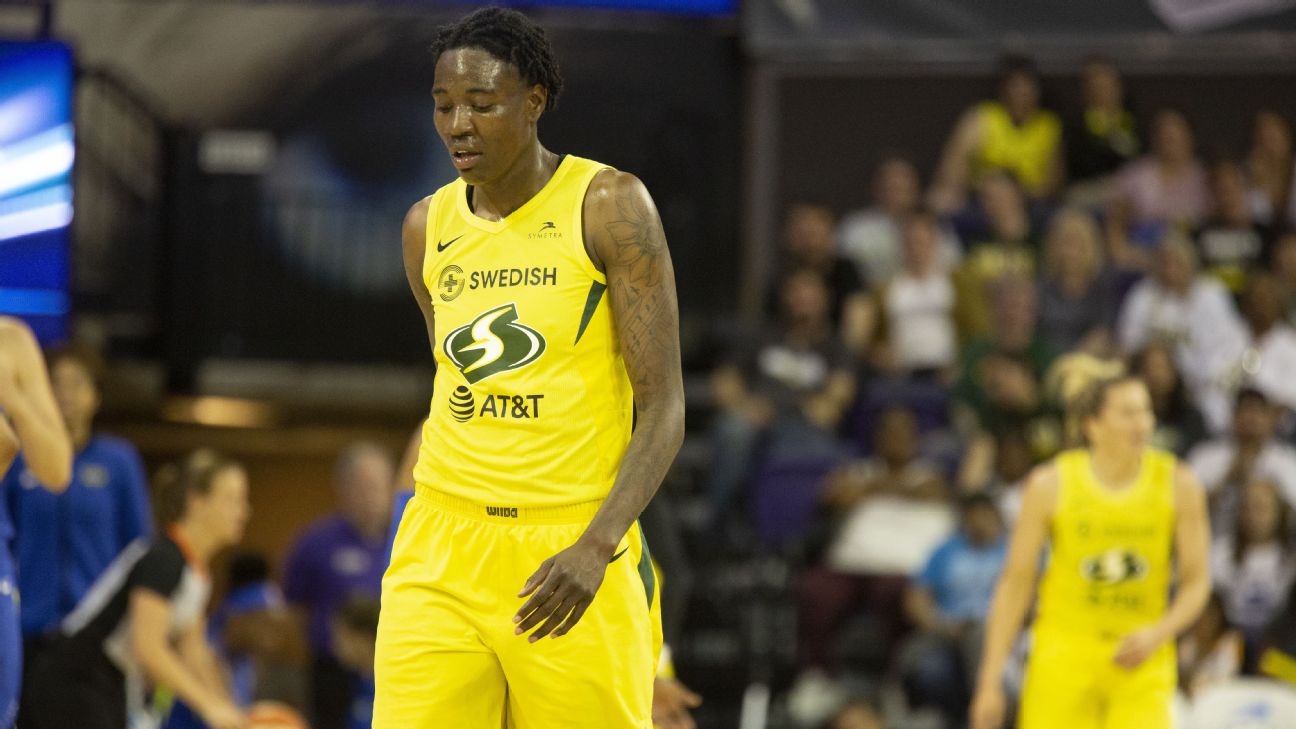 SEATTLE -- Natasha Howard scored 14 points a day after abuse allegations were raised against her to help the Seattle Storm beat the New York Liberty 78-69 on Sunday.

The team says it is looking into allegations on social media that Howard physically threatened and abused her wife. No charges have been filed.

"We are in continued communication with the league and their investigation is now in progress," the team said before the game in a statement confirming Howard would play.

Howard was not made available to the media before or after the game, and the team said she won't comment on the allegations.

When asked about Howard's performance amid the allegations, Seattle coach Dan Hughes said: "She's an All-Star. I think that's what that (performance) says."

Howard was in her regular starting forward position, and there was no noticeable backlash from the 6,733 fans. She was the first of the five starters introduced, receiving the same loud round of applause as the other four starters. She scored 10 of her points during the first 6 1/2 minutes, and was cheered on all four baskets.

On Saturday, Howard's wife posted a minute-long, expletive-filled video on Twitter from March in which she yelled at Howard about being threatened by the Storm forward. She also posted screen shots of conversations with Howard's agent and the team's general manager.

Howard, the 27-year-old former Florida State player, was selected to the All-Star Game for the first time in her career, being voted as a starter for the July 27 contest in Las Vegas.

This is the second domestic incident in the WNBA this season. Los Angeles Sparks guard Riquna Williams was arrested in April after authorities say she attacked her former girlfriend at a Florida home. Williams had her court hearing postponed last month and has been playing for the Sparks all season.

Seattle put 16 straight points on the board during the third quarter to take a 27-point lead at 64-37.