Wife smashes laptop on husband's head during fight on flight 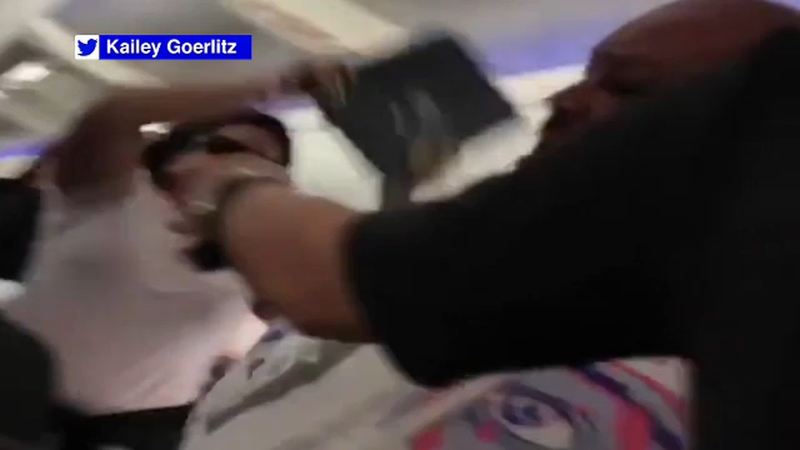 Wife smashes laptop on husband's head during fight on flight

MIAMI (WABC) -- A fight between a couple on a flight took a violent turn when the woman attacked her husband with a laptop.

The fight started as people were boarding the American Airlines flight in Miami.

Police say the woman began yelling at her husband because he was ignoring her.

When the man tried to leave his seat, his wife followed him and smashed her laptop on his head.

A flight attendant and another passenger were also hit.

The woman was not arrested.