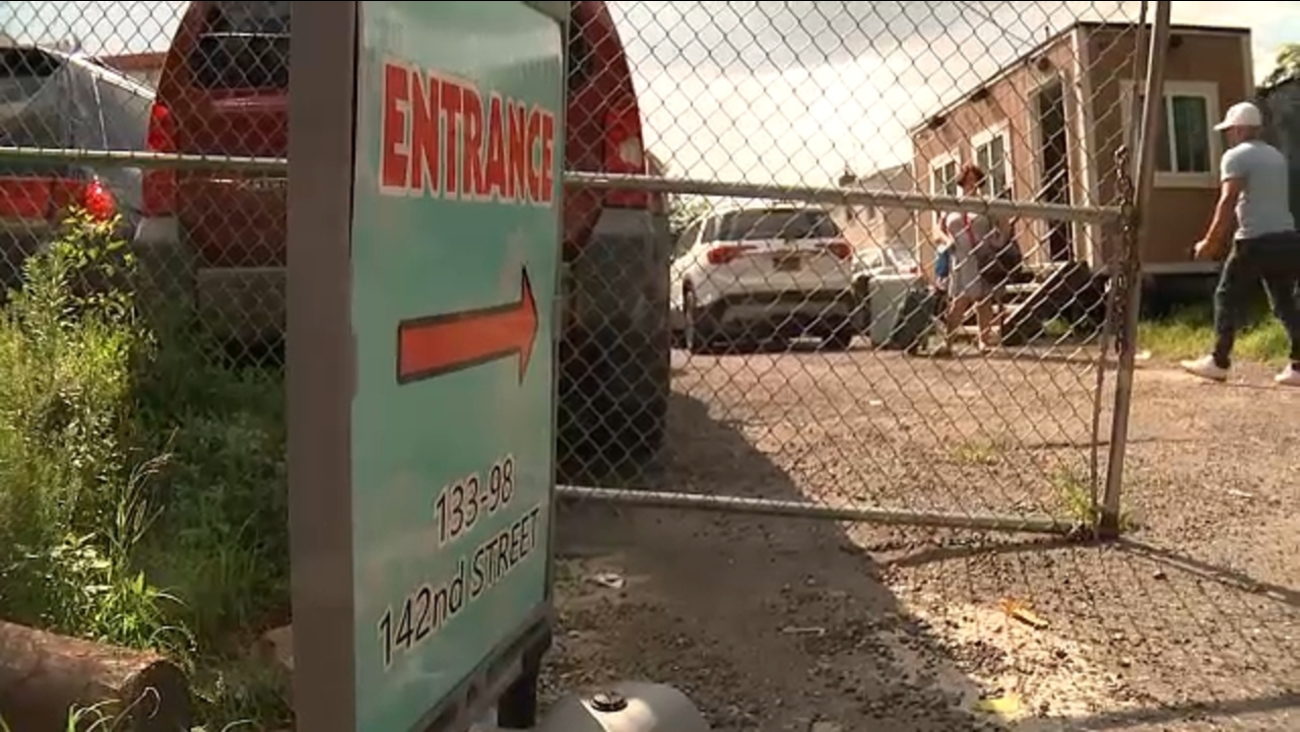 NEW YORK (WABC) -- The New York City Department of Consumer Affairs said Tuesday that it has issued a "cease and desist letter" to the landlord of the property for Airlot JFK Long Term Parking, which was the subject of a 7 On Your Side investigation.

According to a DCA Spokesperson, the letter demands the landlord to force Airlot to stop unlicensed activity on the lot at 133-98 142nd Street in Jamaica, Queens; near John F. Kennedy International Airport.

On Monday, '7 On Your Side Investigates' examined complaints from customers who said they returned from vacation to find their cars damaged or slapped with illegal parking tickets despite paying for a spot in Airlot's secure lot.

"I was incredulous," said Daniel Federman, who said he only found out about his parking ticket when an overdue penalty came in the mail. "I looked at the date, the date was March 15. That was a day I was in Bali and had my car parked at the AirLot parking lot."

Eyewitness News also reported that Airlot was operating without a DCA license and had been fined $500 by a judge.

Airlot owner, Marken Nicolas, refused to talk with Eyewitness News in person or by phone, but he did provide statements via text message.

"I don't have DCA be(cause) my capacity is 120 cars. I'm required to have if the capacity is more than 150 cars," Nicolas wrote regarding his failure to obtain the proper business license.
Eyewitness News showed Nicolas DCA policy indicating a business accommodating five or more vehicles for a fee was required to have a DCA license.

When Eyewitness News pressed further about Nicolas' failure to obtain the license or respond to an order requiring him to do so, and inquired about customer accusations that Nicolas refused to reimburse them for parking tickets and damages on his lot, Nicolas initially offered to pay the customers back, then pushed back against their claims and threatened to block Eyewitness News from his phone.

Eyewitness News has learned one customer was reimbursed, but several others are still waiting for Nicolas to follow through on that promise.

Eyewitness News also spoke to Tserpes by phone and he indicated his son, Peter, handled the day to day operations of his property leases and would be in touch.

Eyewitness News has never heard back from Tserpes or his son.

Consumers who have a bad experience with Airlot or other New York City companies can file a complaint with the Department of Consumer Affairs or check to see if a company is licensed on the Agency's website.