Rivera: Time for championship to go back to NY 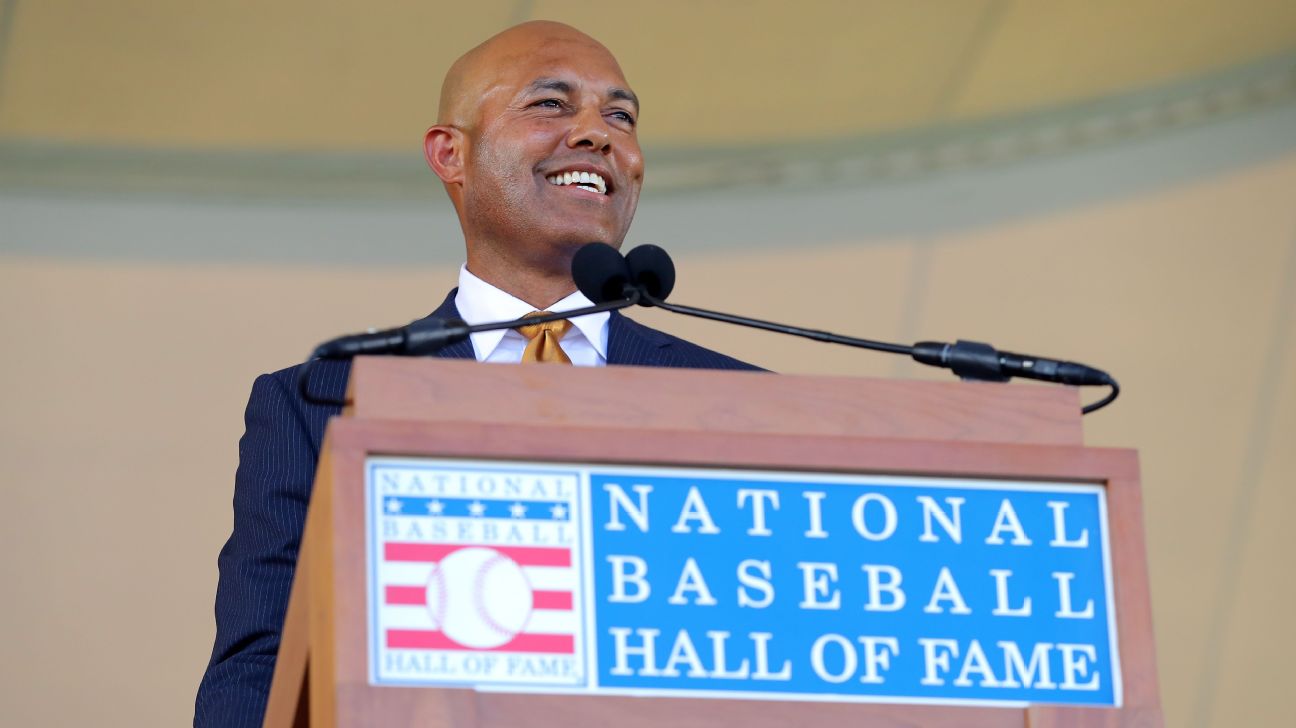 Mariano Rivera, whose induction into the Hall of Fame was celebrated in the Bronx Saturday, said the New York Yankees have everything they need to hang another championship banner at the stadium this year.

"The only thing that will stop them is God and themselves," Rivera said after the ceremony. "They have everything to do it. I don't see why not. It's time for the championship to go back to New York."

The Yankees have the best record in the American League and have set records in several offensive categories this season.

Rivera threw out the first pitch before the game against the Cleveland Indians, and the Yankees presented him with a $250,000 check to the Mariano Rivera Foundation to help pay for a learning center that the foundation is building in New Rochelle, New York.

Rivera's former manager, Joe Torre, was on the field during the ceremony, and former teammates Derek Jeter, Andy Pettitte and Jorge Posada provided video tributes. Indiansstars Yasiel Puig and Francisco Lindor joined manager Terry Francona and several other players atop the dugout steps, applauding as Rivera was driven past.

Rivera thanked the Yankees organization for "always giving me the opportunity to be the best," and singled out Yankees fans for being something special.

"There's no gray area," he said as the fans cheered. "It's either good or bad, and I'm glad I did OK. That's why I'm standing here today."

Rivera became the first unanimous selection to the Baseball Hall of Fame this year, five years after retiring with a major-league record 652 saves.

With his cut fastball, he helped the Yankees win five World Series over his 19-year career. He was at his best in the postseason, getting a record 42 saves with a 0.70 ERA. Rivera had 11 saves in the World Series.

Asked what came next, Rivera said, "There's nothing else you can do. It's just continue living now and moving towards other things. But baseball has been amazing, and for me, I believe as a player this is the culmination of my career." 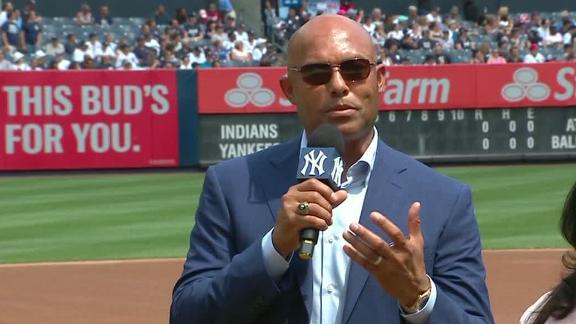 Rivera sends sincere thanks to Yankees fans
Ahead of the Yankees' game on Saturday, the team honors Mariano Rivera after becoming the first to be unanimously elected into the Baseball Hall of Fame.
Report a correction or typo
Related topics:
sportsespnmlbnew york yankees
Copyright © 2021 ESPN Internet Ventures. All rights reserved.
More Videos
From CNN Newsource affiliates
TOP STORIES