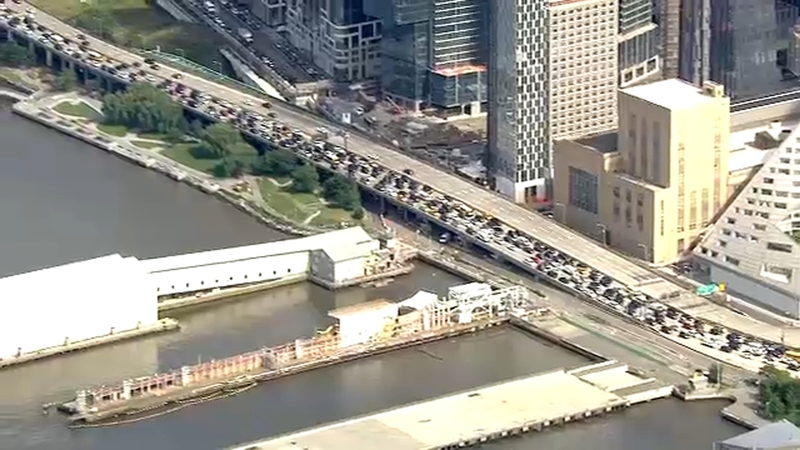 Speed limit on the West Side Highway reduced to 30 mph

City officials are restricting how fast cars can travel between 59th Street and Battery Place.

The 35 mile an hour speed limit is dropping to 30 mph, with new signs installed. The five-mile stretch of roadway has seen 10 traffic fatalities since 2013, including three pedestrians, two cyclists, and five motor vehicle occupants.

WATCH: DOT officials give briefing on West Side Highway changes


Despite having eight lanes to cross, the city wants people to think of the West Side Highway as less of a highway and more of a street.

"Lowering the speed limit on this dangerous stretch of roadway will not only slow down drivers, but make it safer for all New Yorkers who live and enjoy the area," Deputy Mayor Laura Anglin said. "Through Vision Zero, this administration continues to strive for safety improvements throughout New York City, and thanks to our partners at the state, we are improving the roadways leading into New York City as well."

In addition to posting new speed limits, the Department of Transportation is adjusting traffic signal timing in keeping with the new speed limit that will take effect on three parts of Route 9A.
--West Street from Battery Place to West 14th Street
--11th Avenue from West 14th Street to West 22nd Street
--12th Avenue from West 22nd Street to West 59th Street

As part of the DOT's speed camera expansion, cameras are being added along the West Side Highway, including one on West Street in Tribeca.

According to published reports, the DOT also plans to add new right turn traffic lights at six southbound intersections, and they will recalibrate signals so that pedestrians get a head start crossing the street.

There are also plans to extend the curb to keep cars from cutting too close to the sidewalk.