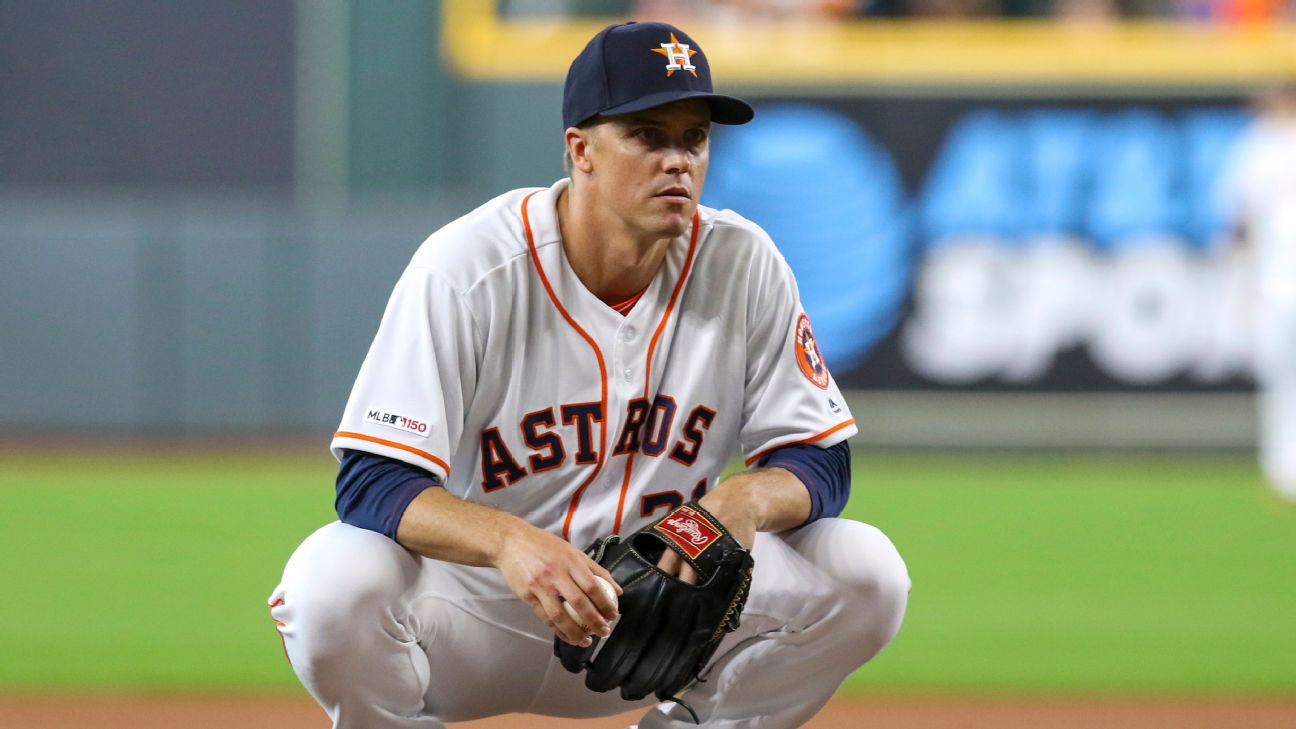 With the National League Championship Series already underway and the Washington Nationals riding high with a 1-0 series lead over the St. Louis Cardinalsafter a remarkable night from Anibal Sanchez on the mound, it's the American League's turn to swing into action Saturday in a clash between the league's superteams -- the Houston Astros and the New York Yankees.Can Houston's Zack Greinke match fellow finesse righty Sanchez's first-game feat? And can the Cardinals tie up their series before having to head to D.C.?

The most important thing of the day: The Yankees face the same challenge the Cardinals did in their Game 1 -- they're not facing the Astros' best or second-best starter, but if they lose, things could get ugly with Justin Verlander and Gerrit Cole lined up next. That's the Cards' situation, going up against Max Scherzer in Game 2 and already down a game.

The view from inside the ballpark

HOUSTON -- When the Astros and Yankees last met in the ALCS, in 2017, the series went seven games -- and the home team won each time. If the Yankees don't want history to repeat itself -- once again, Houston has home-field advantage -- their best bet might be to steal Game 1 against Zack Greinke on Saturday night. After that, they face Justin Verlander, and then Gerrit Cole back in the Bronx. Good luck. -- Matt Marrone

ST. LOUIS -- Think the Cardinals' offense is done after getting shut down in the series opener? Manager Mike Shildt disagrees. After the Game 1 loss, he said: "There's nothing but optimism about our players and our offense." The only problem is that they'll have to turn that optimism into production against a run of aces that starts with a Game 2 matchup with St. Louis native Max Scherzer, though Mad Max went out of his way to downplay the hometown theme when he spoke Friday afternoon. -- Dan Mullen

A stat to impress your friends: No player in St. Louis' starting lineup recorded a hit in Game 1, the first time that has happened in franchise postseason history in 244 games across 29 different years that the Cardinals played in the postseason since the start of MLB's modern era in 1903.

You'd have to be crazy to pick a team that just got one-hit and is now up against Scherzer, right? Probably, but I still don't see the Cardinals leaving St. Louis in an 0-2 NLCS hole. Adam Wainwright has been so good at home this season; he should keep things close, and the Cards' bats are going to get going at some point. Cardinals 3, Nationals 2. -- Mullen

You get one-hit in the series opener and now you get to face the Nationals' ace instead of their No. 4 starter. Good luck, Cardinals. Their best hope is that Scherzer runs up his pitch count and maybe you get to that soft underbelly of the Washington bullpen. I think Scherzer lasts long enough to get the ball to Daniel Hudson and Sean Doolittle, and Washington scratches out some insurance runs against St. Louis' own so-so relief corps. -- Nationals 5, Cardinals 3 -- David Schoenfield

It's just hard to trust Greinke in the postseason, especially against a lineup like the Yankees will roll out. Yankees 8, Astros 3.-- Bradford Doolittle

Greinke said it best about the Bronx Bombers at his Friday news conference: "It's tougher to get good hitters out than not-as-good hitters." Masahiro Tanaka faces a similar problem, but he and his bullpen will have better luck solving it. Yankees 5, Astros 4. -- Marrone

Stud of the night: Anibal Sanchez, of course. A 35-year-old veteran with a 108-108 record across 14 major league seasons again flirted with a no-hit bid in the LCS round -- having done so with the Tigers in the 2013 ALCS -- this time getting into the eighth inning? It doesn't get much better -- or more improbable, in the best possible "you can't predict baseball" way -- than that.

Dud of the night: It might seem harsh to single out any one Cardinals hitter, so best to credit the entire starting lineup with a dud for its combined 0-for-27 effort with lone walk and a hit-by-pitch.

Highlight of the night:

Quote of note: "It's almost like one of those things where you get kind of a chuckle out of [the hitters]. He throws his mariposa (butterfly) up there, thing's like 60 mph and he ... when a guy like that can manipulate his speeds, it's pretty amazing." -- Nationals catcher Yan Gomes, describing Cardinals hitters' reactions to Sanchez's fluttering flirtation with postseason history at their expense.

Best of the playoffs so far ...

Our running postseason MVP: There are a lot of ways to break down the dominance of Astros starter Gerrit Cole so far -- a 0.57 ERA and 0.57 WHIP, 25 strikeouts, 3 walks, 6 hits allowed over 15 innings, including eight stifling innings in Game 5 against the Rays. Then there's this: Cole joins Mike Mussina in the 1997 ALCS as the only pitchers with at least 25 strikeouts and one or fewer runs allowed in a single series in postseason history.

The play of this October: We're going to cheat and make this "plays": the back-to-back home runs by the Nationals' Anthony Rendon andJuan Sotooff the Dodgers' Clayton Kershaw in the eighth inning of Game 5 of the National League Division Series. Kershaw in the wake of Soto's tying bomb could end up as the lasting image of these playoffs.

Game of the postseason so far: Nationals-Dodgers, Game 5 of the NLDS. The Dodgers ambushing Stephen Strasburg, Strasburg settling down and keeping the Nats in it, Walker Buehler's mastery, Kershaw's big strikeout before his eighth-inning implosion, Howie Kendrick's 10th-inning slam, questions for Dodgers manager Dave Roberts. There's a lot to unpack here, and this was a true postseason classic. 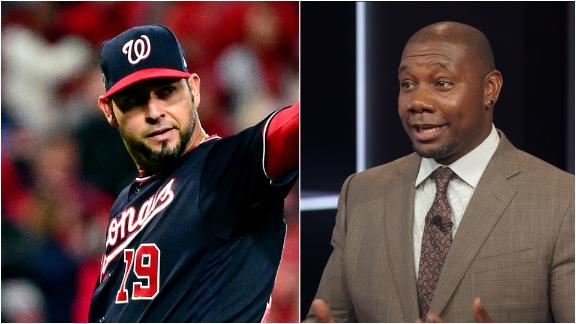 Howard: The scales have tipped in Washington's favor
Ryan Howard breaks down what was working for Anibal Sanchez in the Nationals' Game 1 win and believes they have all the momentum to win the series. 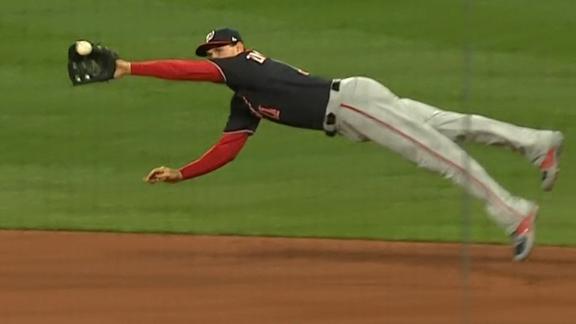