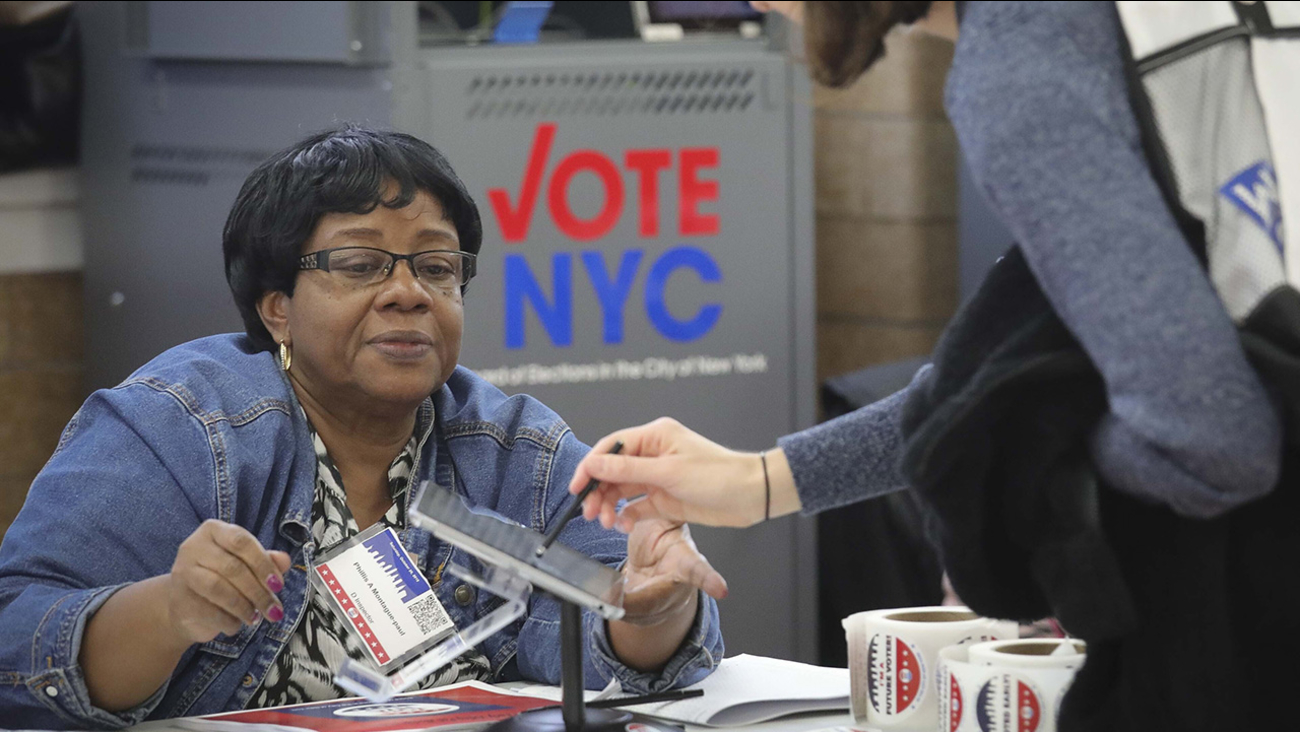 The state's first-ever early balloting period started Saturday, with voters able to cast votes at select polling locations until Nov. 3, instead of waiting until Election Day on Nov. 5.

New York City Mayor Bill de Blasio cast his early ballot in Brooklyn and hailed the ease of the process, including the lack of long lines. The Democrat said it was "a whole new world" and praised state lawmakers for "finally bringing New York state into the 21st century."

Gov. Andrew Cuomo, also a Democrat, signed legislation in January authorizing early voting and issued a statement encouraging New Yorkers to participate, but hasn't said whether he'll cast a ballot in the early period. His lieutenant governor, Kathy Hochul, was expected to vote Saturday in Buffalo.

"Too many generations of New Yorkers have been discouraged from exercising their right to vote," Cuomo said in the statement, calling early voting one of several steps the state has taken to "break down barriers to democracy."

Those other steps include holding state and federal primaries on the same day and allowing 16- and 17-year-olds to pre-register to vote.

As for early voting, New York's rollout is happening in a relatively quiet election year, while the presidential contest looms in 2020. This year's ballots are filled mostly with races for county government, local judgeships, school boards and municipal government.

New York is among the last states to adopt early voting.

All but 12 states already had it in some form. Texas was the first to implement in-person early voting in 1988. New York has long allowed absentee balloting, but only for a limited list of reasons, such as chronic illness or travel plans. Other states allow people to receive and mail in an absentee ballot without an excuse.

Advocates hope early voting in New York will lift the state from among the bottom 10 states for voter turnout. They also hope the benefits outweigh the cost and headaches of keeping the polls open for more than a single day.