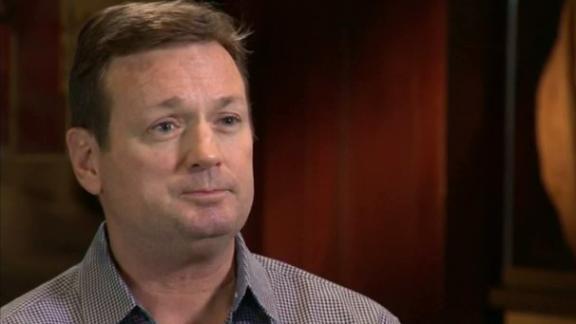 NORMAN, Okla. -- Oklahoma Sooners coach Bob Stoops says he still has a difficult time comprehending the level of racism in an OU fraternity video but now believes his program and his players might be the best option to help frame a national discussion of the issue.

"This was caught here," Stoops said Tuesday in an interview with ESPN. "I think [OU's players] realize it's everywhere. It's around the country. We happen to have it; let's try to do something with it and try to effect change. And I'm proud of the way they've done it.

"It doesn't matter if it's fair or unfair," he said. "Maybe it was brought to us -- I'm a really faithful person -- maybe we're the ones that could handle it the right way. We have a great president who acted very swiftly and strongly, that he's not going to stand for it on our campus. Our players, us as coaches and our community here, our student body got behind our players that we're not going to stand for it here.

"So maybe we were the ones to bring it more to light. Because it isn't just here in Oklahoma. It's around the country. And it needs to be stopped. And we have a strong enough voice, maybe, to step up and start having it end."

It has been nearly 2 weeks since video emerged of a racist chant by fraternity members of the OU chapter of Sigma Alpha Epsilon. The fraternity has since been banished from campus, and several of its members have been expelled from the university.

Stoops has given his players considerable freedom and time to best determine how they want to respond to the recent events. At his team's request, Stoops has canceled several spring practices, joined his players in a symbolic silent protest and endorsed the Sooners' decision to wear black jerseys, shorts and shirts during the remaining days of the spring schedule. Stoops himself wore all black during Monday's practice.

"So I did intentionally withdraw -- not just withdraw -- but step back, allow them the process to do it. ... I told the assistant coaches that they need time to work through this and we're not to influence it because it's not going to be accepted right now. And we worked through it the right way."

The fallout from the video has had an immediate football impact, as one high-profile OU recruit de-committed -- for now -- after the video was made public.

Meanwhile, the Sooners players recently spent nearly 14 hours during a two-day period as they tried to reach a team consensus on what course of action they should take. At times, said team leader Ty Darlington, the sessions were emotional and spirited.

In the end, the players decided to address the issue of racism at the start of any individual interview with the media. The decisions all have been made with the support of Stoops and the OU administration.

Stoops said that when he first watched the fraternity video, he felt a sense of anger.

"It was really hard to see," he said. "You're just crushed. Be honest with you, I tried to talk about it to my team a day later, to a student group ... several weeks later, and still got choked up. I had a hard time thinking of it, expressing it. Just because I know the true nature -- so much of my team, our African-American young men. I know their true souls and that the beautiful people they are, and the amazing and great culture, and all of it. They're just great young men that I get to see every day and I get to see who they really are. And sadly, some people don't. A small minority of people ... who may exhibit this kind of hate and racism [don't get to see it]."

Asked what he would want to convey to the fraternity members responsible for the video chant, Stoops said: "Spend a day around my players, around my African-American players, my Hispanic players, my Polynesian players, and you'll see the true beauty of who they are. And they're no different from you. They still have the same insecurities. They have the same worries. They have the same demands in class. And that they're really not much different from you in so many, so many ways if you'll take the time to really get them to know them as people."

Oklahoma Players Working To Combat Racism
Gene Wojciechowski discusses the efforts made by the Oklahoma football team to take a stand against racism.