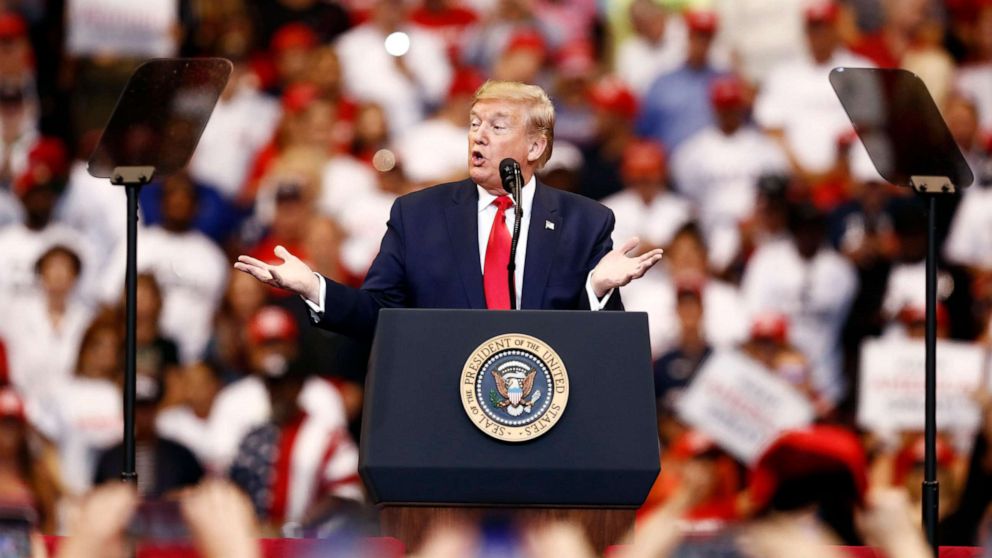 President Donald Trump's reelection campaign and the Republican National Committee have issued a ban on all reporters from Bloomberg News attending future rallies and campaign events.

The new policy will no longer permit representatives from the news company to be credentialed at events, and the campaign will determine on a case-by-case basis whether they will respond to specific inquiries from Bloomberg reporters, according to a statement from the campaign.

The decision comes as Bloomberg News grappled with how to cover its own founder and CEO, Michael Bloomberg, who recently launched a presidential bid.

In a memo to the Bloomberg News staff, Editor-in-Chief John Micklethwait announced that the news outlet will cover their founder's presidential campaign; however, they will not pursue any in-depth investigations of Bloomberg. The hands-off investigation policy was extended to the rest of the Democratic field but not to the president's reelection campaign.

Trump campaign officials, who have been weighing how to respond for the past week, called it a bias decision.

"Since they have declared their bias openly, the Trump campaign will no longer credential representatives of Bloomberg News for rallies or other campaign events. We will determine whether to engage with individual reporters or answer inquiries from Bloomberg News on a case-by-case basis," Brad Parscale, the president's reelection campaign manager, wrote in a statement.

Parscale noted the policy is set in stone until Bloomberg News publicly rescinds its decision.

The Republican National Committee, which has worked in lockstep with the Trump campaign on its reelection efforts, quickly backed the decision and committed to no longer giving credentials to Bloomberg News reporters at its events.

Bloomberg's senior adviser, Howard Wolfson, responded to the news on Twitter, writing, "one week in and Mike is already under Trump' skin."

In a statement to the Los Angeles Times, Micklethwait stood by his decision.

"The accusation of bias couldn't be further from the truth," Micklethwait said in a statement. "We have covered Donald Trump fairly and in an unbiased way since he became a candidate in 2015 and will continue to do so despite the restrictions imposed by the Trump campaign."
Report a correction or typo
Related topics:
abc newsnational
Copyright © 2021 ABC News Internet Ventures.
More Videos
From CNN Newsource affiliates
TOP STORIES