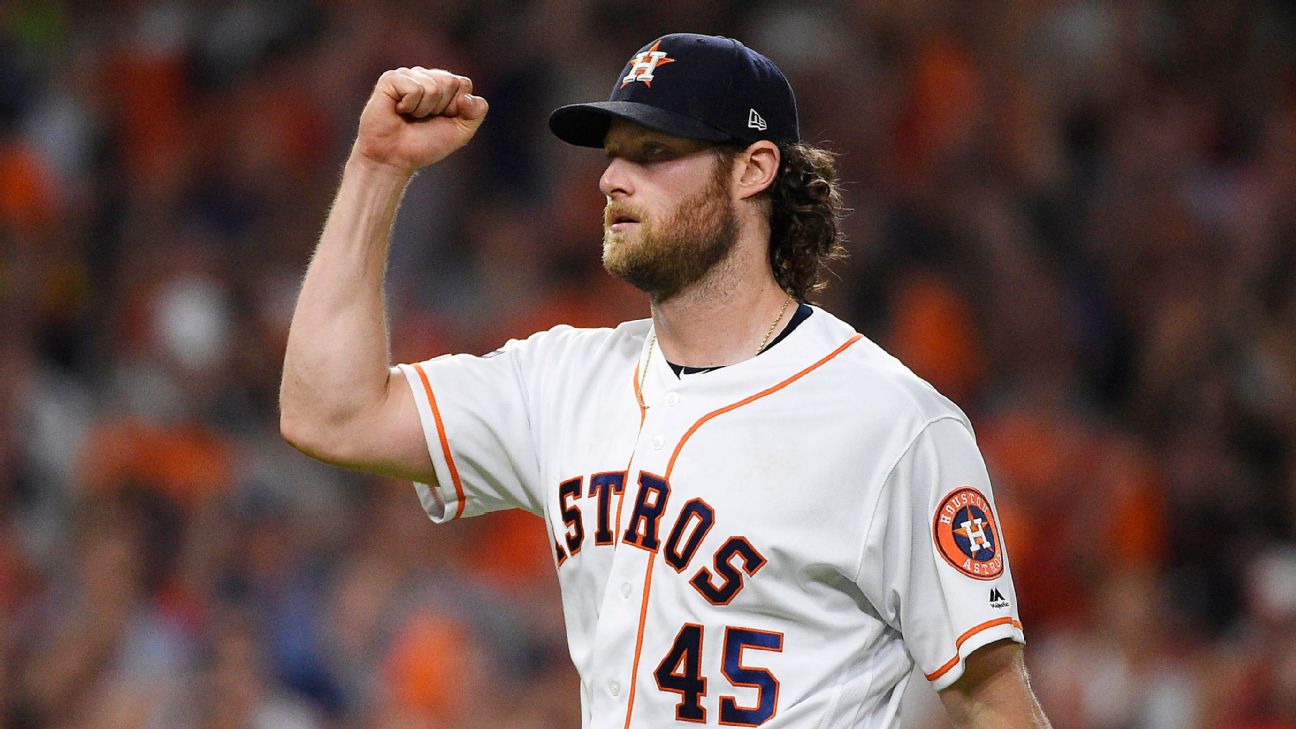 This year's winter meetings wind down having delivered a historic explosion of expenditures. With contenders having paid top dollar, we asked Bradford Doolittle, Alden Gonzalez, Jesse Rogers and David Schoenfield for their takeaways from the industry-shaking events in San Diego.

Where would you rank the Yankees' midnight (ET) addition of Gerrit Cole among the all-time biggest winter meetings moves?

Doolittle: Meh. It's a big deal, don't get me wrong. But let's not let the dollar signs blow away our perspective. Frank Robinson was traded during the winter meetings. Dave Winfield signed with the Yankees. There was the Padres-Blue Jays trade with Roberto Alomar, Joe Carter, Fred McGriff and Tony Fernandez. Nolan Ryan. Alex Rodriguez. Manny Ramirez. I'm bully on Cole, but let's give this some time to breathe.

Schoenfield: Let's not get carried away here. Cole is an amazing pitcher coming off a historic strikeout season, and the money is obviously tremendous, and he might lead the Yankees to three or four World Series titles in the next five years (or maybe none). But I doubt this classifies as a top-10 all-time move at the moment. After all, Cole has basically had one season for the ages. Maybe he'll have more. Or maybe he's Jake Arrieta, circa 2015.

Anyway, some of the bigger moves that happened at the winter meetings: Albert Pujols to the Angels, CC Sabathia to the Yankees, Alex Rodriguez to the Rangers (and Manny Ramirez to the Red Sox the same year). In 1998, Kevin Brown became the sport's first $100 million player, and before you say Brown is no Gerrit Cole, he had gone 51-26 with a 2.33 ERA the previous three seasons and had 15.6 WAR the prior two, compared to 12.1 by Cole. In 1992 in Louisville, Barry Bonds and Greg Maddux -- the best player and the best pitcher in the game -- both signed with new teams.

Then you have some of the biggest trades: Chris Sale to the Red Sox, Miguel Cabrera to the Tigers, Gary Carter (arguably the best player in the game at the time) to the Mets in 1984 and, going way back, Frank Robinson to the Orioles in 1965. And don't forget the 1990 blockbuster between the Padres and Blue Jays that Brad mentioned. But, yes, $324 million is a lot of money.

Gonzalez:My first winter meetings were in 2011. I was new on the beat, covering, of all teams, the Los Angeles Angels. Near midnight on that Wednesday, I received a text message confirming the buzz that had begun to spread through the lobby in Dallas: The Angels were in the running for Albert Pujols, which seemed unfathomable at the time. The following morning, with the Rule 5 draft set to begin, news spread that C.J. Wilson had joined the Angels and then, mere seconds later, that Pujols was joining them too. There was palpable buzz throughout the hotel that I still remember. The Cole signing felt the same way.

Rogers:It's huge. We don't see nearly decadelong deals for pitchers every December. This one will be remembered for a long time. People don't realize what nine years really is. That's twice as long as the entire careers of many players. It's something we've never seen for a pitcher.

What would it take for another team to pass the Yankees as the team to beat?

Doolittle: A shocking blockbuster trade that at present is difficult to conceive. For instance, if the Red Sox decided to punt on 2020 and tradeMookie Betts for prospects or the Cubs did the same with Kris Bryant. And then those players went to an already great team.

Schoenfield:That's going to be difficult to achieve, given what Cole is likely to mean to the Yankees, turning a 103-win powerhouse into, umm, something even more powerful. After signing Anthony Rendon, maybe the Angels now trade for Mookie Betts and David Price and sign Hyun-Jin Ryu. Maybe the Dodgers trade for Francisco Lindor and sign Madison Bumgarner. Maybe the Mets will ... ahh, right, they'll probably add a mop-up reliever and backup catcher.

Gonzalez:The Dodgers going for it: signing someone such asJosh Donaldson to play third base and taking suddenly expendable pieces such asGavin Lux or Corey Seager or Max Muncy to swing a previously unfathomable trade for someone such asNoah Syndergaardand then engaging the Brewers for Josh Hader. Sound like a lot? That's because the Yankees are really, really good right now. The Dodgers are glad they're in the other league.

Rogers:Perhaps we saw it Wednesday. The Angels' signing of Rendon puts them in play for the pennant. Call me crazy, but the Astros can be dethroned. The A's are good, but Joe Maddon's first year is bound to be an exciting one. That's assuming the Angels add pitching, but even if it's a stretch to think they can jump Oakland, Houston and New York, there are good teams out there. The league -- finally -- might be at its most competitive in 2020, with fewer teams at the bottom of a rebuild. But those damn Yankees are damn good.

Which move do you like better: Strasburg to the Nationals for 7/$245 million or Cole to the Yankees for 9/$324 million?

Doolittle: I like them equally. No, really. Cole's record of durability merits the extra years, and he's getting only $1 million more in AAV. In both cases, this is viewed through the prism of the marketplace. The chances for either of them to go seven or nine years unscathed from a health standpoint are minuscule. But this is the market for them right now, and pitchers such as these two are scarce.

Schoenfield: I'll take Cole, who was not only better in 2019 but also has slightly better stuff and has been more durable.

Gonzalez:Both of these are contracts the organizations are going to have to swallow on the back end. The key is how much value they'll get in the front half. I'll take my chances on Cole.

What's the next move the Angels should make, now that they've landed Rendon?

Doolittle: Pitchers. Ryu. Bumgarner. Keep the momentum going. Well, within reason, dollar-wise, because adding depth to the roster is important for them as well.

Schoenfield:Obviously, they still need to address what was the American League's worst rotation (at least by ERA). The Angels' rotation had a worse ERA than the Orioles' -- and what have they done? Traded for an Orioles starter. I'm sure the Angels will do something, but I'm not exactly sold on this offense, even with Rendon hitting behind Mike Trout. Kole Calhoun hit 33 home runs with 108 OPS+ (and good defense) and is a free agent. This team is counting on Justin Upton to come back strong and are hoping rookie Jo Adell can replace Calhoun's production in right field (33 home runs and good defense), but how about trading for Willson Contrerasto upgrade the offense at catcher?

Gonzalez:They began Wednesday roughly $70 million below the luxury tax threshold and still need pitching. With Rendon and Andrelton Simmons on the left side of the infield, I'd like to see the Angels get a starter who can induce a lot of ground balls, such as Hyun-Jin Ryu or Dallas Keuchel -- or, given their needs, both. They can then trade for a catcher. Billy Eppler said earlier Wednesday that he was talking to two teams about catching.

Rogers:Sign Madison Bumgarner, and trade a hitter for some more pitching, if that's possible. Heck, sign two pitchers. L.A. can't waste any more of Trout's career, and the offense should give any second-tier pitcher enough backing. Just gobble up some arms by any means necessary.

Doolittle: I just want to know if the Boras Corporation is going to have an IPO anytime soon.

Schoenfield: Marvin Miller just got inducted into the Hall of Fame. How about putting Scott Boras in? (duck!)

Rogers:Almost as wide as the smiles on his players who just signed.

Which move not involving the big three of Cole, Strasburg and Rendon were you most intrigued by at these winter meetings?

Schoenfield: The Dodgers giving Blake Treinen $10 million is certainly interesting since the A's non-tendered him in lieu of a salary of $8.5 million or so in arbitration. If Treinen can rediscover his 2018 form, the Dodgers won't have to use Clayton Kershaw out of the bullpen in the 2020 postseason.

Gonzalez:Michael Wachato the Mets for a deal that starts at $3 million and can go as high as $10 million if he hits all of his incentives. The Mets don't necessarily need starting pitching. But if Wacha can somehow round back into form, New York's rotation would be very good.

Rogers: I'll sayTreinen as well. The Dodgers didn't exactly crush it out of the bullpen this season, and now they're relying on a reclamation project to help in 2020. Very interesting.

What is one move that didn't get done in San Diego that you think could come soon?

Doolittle: I think Starling Marte will be on the move sooner than later. There's good demand for him, and Ben Cherington needs to start to put his stamp on the Pirates' roster.

Gonzalez:I think the next tier of starting pitchers will start to get going, with Bumgarner, Ryu and Keuchel getting settled. All they really needed was for Cole to sign.

Rogers:I don't think there is any doubt that the Cubs want to make a big trade. Or two of them. Sometimes the rumors are true, so watch both Kris Bryant and Willson Contreras closely. They might not be Cubs for long -- or at least one might not be.

Which team are you most surprised didn't make a big move at the winter meetings?

Doolittle: The Rangers. With the new park coming and rumors about Rendon flying around, I thought they'd make a splash. Dealing away Nomar Mazara -- while defensible -- wasn't what I had in mind for this team.

Schoenfield: Are the Mets awake? After swinging for the fences last offseason, their moves this year have been to add a center fielder who can't hit and an injury-prone starting pitcher. Meanwhile, their division rivals have made significant transactions, and their intracity rival signed the big cheese.

Gonzalez:The Dodgers, though it's not for lack of trying. They presented Cole with a $300 million offer and found out Rendon didn't have much interest in playing for them. But they still have a ton of payroll flexibility and a ton of depth from which to trade. They also have a burning desire to add elite-level talent. They'll do something big.

Rogers:Cincinnati. The Reds smell blood in the water and did some pouncing before the meetings, but I figured they would make another splash. It'll happen again soon, I imagine. 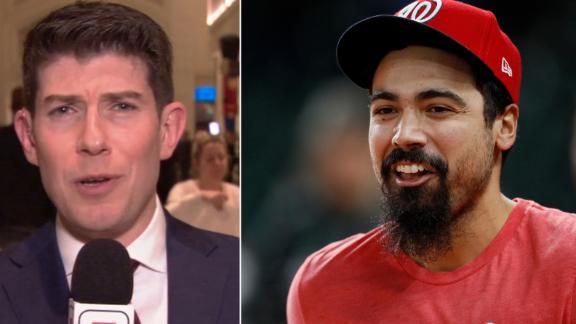 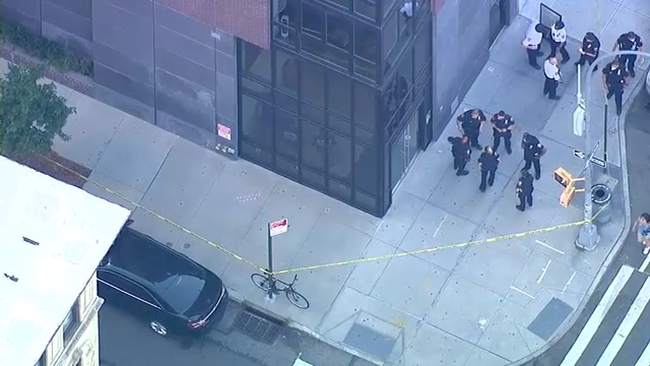