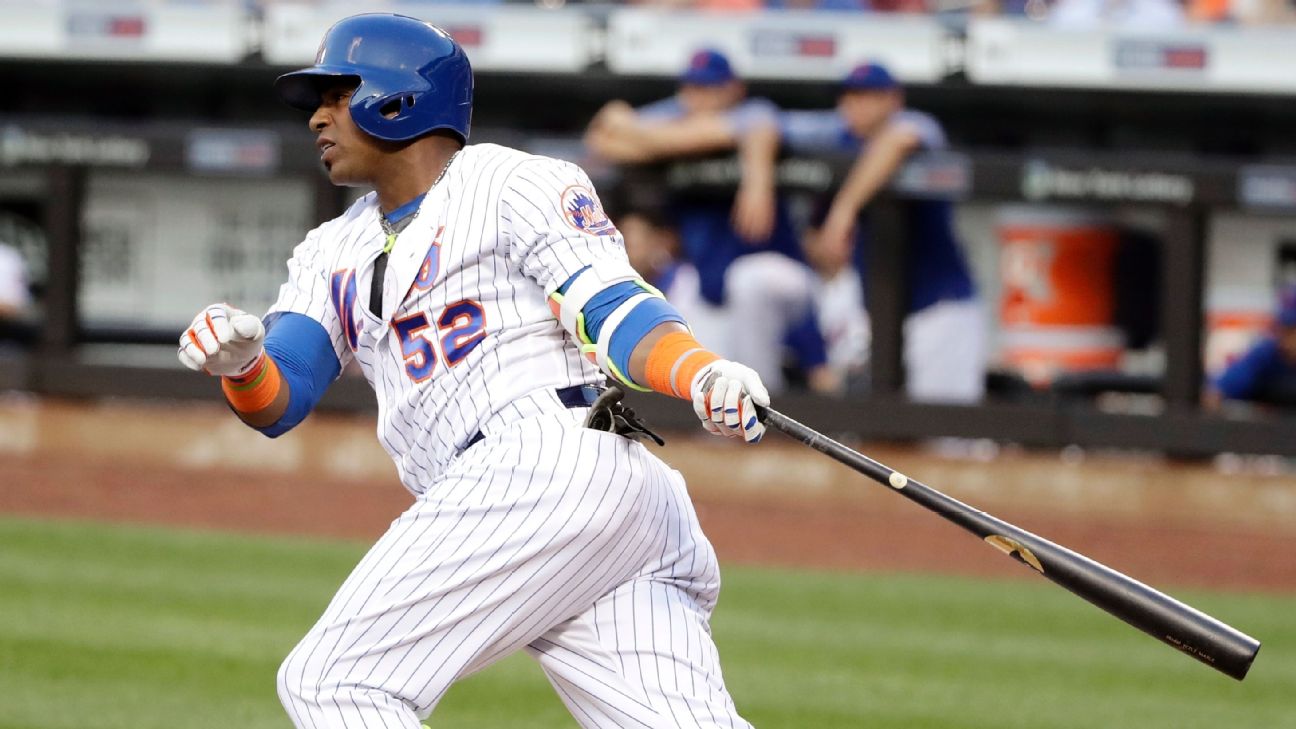 ESPN
NEW YORK -- Yoenis Cespedes' salary for 2019 was cut in half and his pay for 2020 significantly reduced as part of a settlement of a grievance between the injured outfielder and the New York Mets.

New York withheld part of Cespedes' salary, alleging he was hurt during an activity prohibited by his contract's guarantee language. The players' association filed a grievance, and the sides settled on an amended contract before the case was argued.

"The club has reached an agreement with Yoenis Cespedes to amend and restructure his contract," the team said in a statement Friday. "Cespedes remains under contract with the Mets through the 2020 season."

Van Wagenen said last month he was uncertain whether Cespedes would play in 2020.

Cespedes will have the chance to earn additional bonuses.

The 28-year-old Wacha starred as a rookie for the National League champion St. Louis Cardinals in 2013, winning NL Championship Series MVP, but he has been hampered by injuries since. He had a 4.76 ERA over 126 innings last season in 24 starts and five relief appearances. He was diagnosed with a right shoulder strain in September and did not pitch in the playoffs.

As a rookie in 2013, he was teammates with new Mets manager Carlos Beltran. Wacha referred to Beltran as "El Caballo" -- the horse.

"I was very fortunate enough to play with him in 2013 and just see the way he prepared for the game. He knows the amount of work that goes into being a very successful ballplayer," Wacha said. "He really is the best, an unbelievable knowledge about the game."

"I was attacking the zone. I was not getting in trouble with walking guys," he said.

He is represented by CAA, where Van Wagenen was an agent before the Mets hired him in late 2018.