Thousands rally against hate in Brooklyn on New Year's Eve 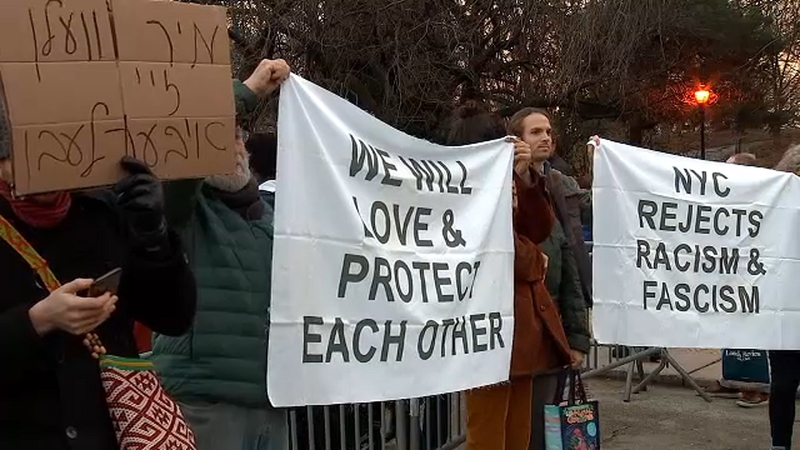 Thousands rally against hate in Brooklyn on New Year's Eve

PROSPECT PARK, Brooklyn (WABC) -- Beneath the giant menorah at Grand Army Plaza, the accordion had a message written in gold letters along its panels - it was the message of the rally.

There have been, lately, so many anti-Semitic attacks - the shooting in Jersey City that targeted Jewish people and left six people dead, the slashing at a Hanukkah celebration in Monsey that left five injured, and many others. Police are also investigating a confrontation in Crown Heights recently.

Police are saying what people know - that Anti-Semitic attacks are on the rise. It has changed everything.

Many who gathered at Grand Army Plaza on New Year's Eve from just about every faith and race in the city say all minorities face the same struggle.