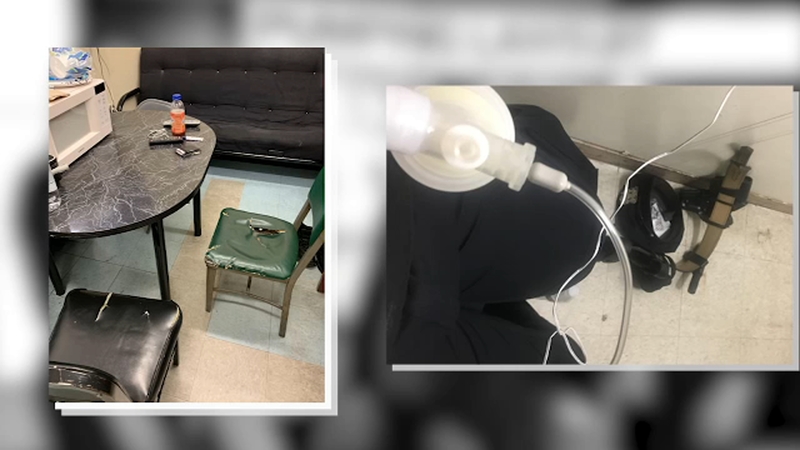 NEW YORK CITY (WABC) -- After a class action lawsuit revealed poor conditions for breastfeeding officers, there is now a demand for action to help mothers in the NYPD.

Local leaders are calling for quick passage of a new bill that would require lactation rooms at police precincts.

There is a dedicated space in Brooklyn Borough Hall, required by law, for new mothers to pump.

"We believe the New York City Police Department is in violation of the existing law," Adams said. "That's why we are asking the comptroller Scott Stringer to conduct an audit."

Attorney Eric Sanders believes all department facilities should have a space dedicated for mothers to breastfeed.

The request comes after Sanders filed a class action lawsuit against the NYPD last month for not providing a clean, private space to pump milk.

Eyewitness News spoke exclusively with the five woman who filed the original joint complaint against the department.

All of the women came forward, and they say they got the courage to do so after seeing Eyewitness News' 2018 report with Simon Teagle, who was the first woman to speak out about feeling degraded while forced to pump in a dirty public women's locker room.

"'You look like you're milking a cow,'" Teagle said a co-worker told her.

Teagle has since retired from the NYPD for a separate work-related injury, but for her, this battle is not over.

"I would have hoped they would have done something last February because the females that are suffering, I would've had some type of relief," Teagle said. "There are still a lot of us who are dealing with not being able to pump milk."

Legislation was also proposed Thursday by city council member Robert Cornegy to make sure the lactation rooms that already exist in city buildings are clean and up to par.

The NYPD has previously acknowledged the need to upgrade its facilities for new mothers and has started to do so. Still, the comptroller's office says they are looking into it.