Sixers face Nets, hope home is still where wins are 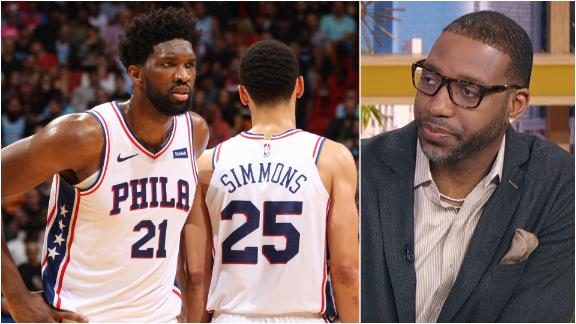 The Philadelphia 76ers are among the NBA's most formidable home teams, and following a disappointing road trip against opponents with similar records, they are hoping to maintain their dominance in front of the home fans.

The 76ers look to add to their 18-2 home record Wednesday night when they host the Brooklyn Nets.

Philadelphia's 25-16 overall record is built mostly upon its dominance at home. The Sixers own the NBA's third-highest winning percentage in home games, 90.0 percent, only behind Miami at 17-1 (94.4 percent) and Milwaukee, which is 19-2 (90.5 percent) after beating New York on Tuesday.

Philadelphia's only two losses at home occurred Dec. 18 (by four points to Miami) and Dec. 20 (by 19 to Dallas). The Sixers have since won four straight at home, but the dominance did not carry over to the road trip. They followed up an 18-point loss in Dallas on Saturday with a 101-95 setback in Indiana on Monday.

The Sixers had a chance to take a one-point lead against the Pacers with 29 seconds left, but Tobias Harris' 3-point attempt was blocked by T.J. Warren.

Instead, Philadelphia lost after leading by nine points at halftime, in large part because of missing 14 of 17 3-point tries in the second half.

"In the fourth quarter, we got to find a little bit more movement than what we are doing," Harris said. "Executing. We got to figure out where we want to get to and how we want to get a bucket, to get a good shot up."

The Sixers hope they can execute better while playing their fourth game without center Joel Embiid, who is out indefinitely with a torn ligament in his left ring finger.

Ben Simmons led the Sixers with 24 points Monday, and Josh Richardson continued his hot streak with 23. Richardson has scored at least 20 in three of his past four games and is shooting 48 percent (32-of-66) in that span.

Philadelphia also hopes it plays significantly better than in the first meeting with the Nets on Dec. 8, a 109-89 loss in Brooklyn.

The Nets are heading to Philadelphia for the first time since enduring a 122-100 loss in Game 5 of the first round of the 2019 playoffs. Brooklyn did not have Kyrie Irving last season, and he missed the first meeting this season while recovering from right shoulder impingement.

Irving is set to play his third game since the Nets went 13-13 in his absence. He has scored 53 points on 22-of-30 shooting since returning from missing nearly two months.

Irving played 32 minutes Tuesday and could play around the same amount on the second night of a back-to-back set.

"They'll be very physical, and it's always a great crowd in Philly, so we got to expect that, and they're pretty good on their home floor this year," Irving said. "We give them their respect, but we got to come in there and as a road team just continue to battle."

McGrady: Sixers don't have what it takes without Embiid
Tracy McGrady and Amin Elhassan disagree on how much impact Joel Embiid can have getting the 76ers to the playoffs after losing six straight road games.
Report a correction or typo
Related topics:
sportsespnphiladelphia 76ersnbabrooklyn nets
Copyright © 2021 ESPN Internet Ventures. All rights reserved.
More Videos
From CNN Newsource affiliates
TOP STORIES