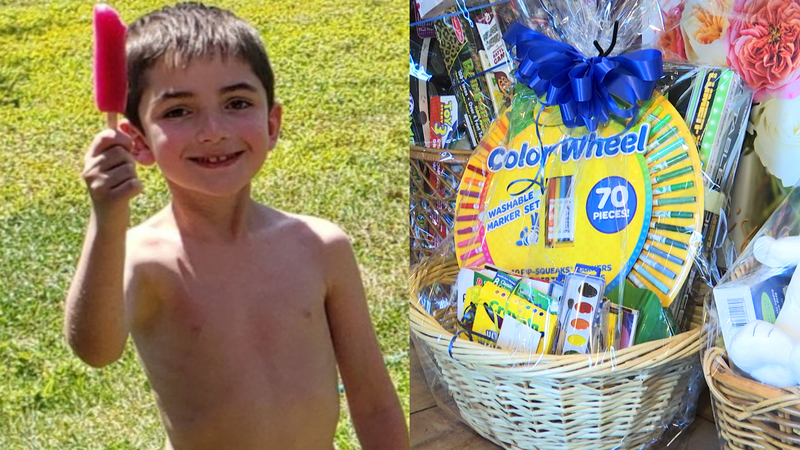 DEER PARK, New York (WABC) -- The Long Island community came together to give everything they could to the family of the late 8-year-old Thomas Valva.

Family Florist located in Deer Park, next to the Mangano Family Funeral Homes where Valva's wake was held, reached out to the community via Facebook to collect donations for Thomas' mother, Justyna Zubko-Valva, and his two brothers he leaves behind.

"When a child passes, no mother should have to bury their child," Family Florist owner Elle Mangano-Melera said. "It's the least I can do for her. I can't even imagine what she's going through. It's honestly the least anybody can do for her after what she's been through. I hope that this eases her pain a little bit and she sees how much she's loved and cared for, and it helps her through this tough time."

Thomas was a third-grader at East Moriches Elementary School who was on the autism spectrum. He was found unresponsive at his home on Bittersweet Lane in Center Moriches on Friday, January 17, and was later pronounced dead at Long Island Community Hospital.

Since Monday, over 200 people have come into Family Florist bringing toys, clothes, food and tons of cards to show their support for the family during this devastating time.

"Anything you can do to make someone's life a little bit better, to help support them whether they are old, young, passing away, definitely is something that the family will hold close to them deep in their heart," Family Florist manager Keyth Nelan said. "When you look back at a life, it's the memories that you've had or you've made for people that count."

Funeral costs were paid by Mangano Family Funeral Homes and a new GoFundMe page, "In Memory of Thomas Valva," has been set up for anyone else who would like to show their support to the family.