2 dead, including 17-year-old, in wrong-way crash on New York highway 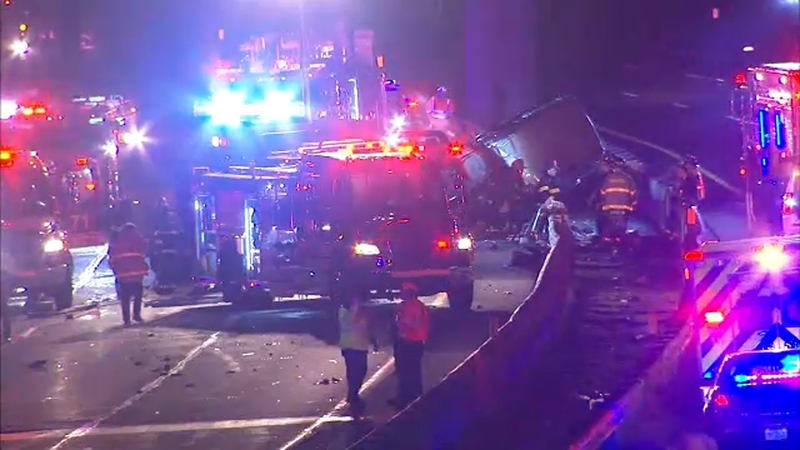 2 dead, including 17-year-old, in wrong-way crash on New York highway

Police say 50-year-old Jamie Paucar was operating his 2006 Jeep westbound in the eastbound lanes and struck a 2018 BMW 330CI driven by 57-year-old Jordan Wachtell, of Ardsley,

The crash caused the Jeep to roll over and come to rest on the center median guide rail.

Watchtell was pronounced deceased at the scene, while one of his passengers, 17-year-old Eric Goldberg, died while being transported to Westchester Medical Center.

Two other 17-year-old passengers of the BMW, Preston Wachtell and Jack Rosen, were both seriously injured and transported to Westchester Medical Center.

Paucar was the sole occupant of the Jeep and once extricated from the vehicle was transported to Westchester Medical Center for non-life threatening injuries.

Both eastbound lanes on I-287 were closed for nearly 5 1/2 hours as State Police investigated the crash.

Traffic was diverted off the Thruway at the Brewster exit until shortly before 2 a.m.