7 On Your Side Investigates: Women are literally dying for a bigger butt 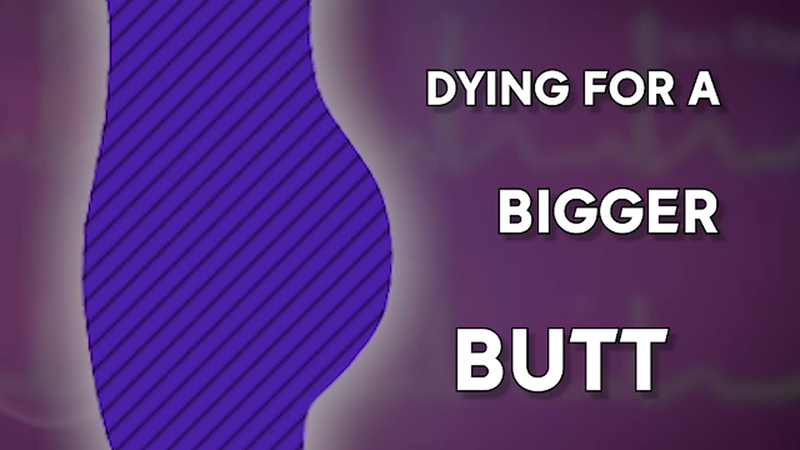 7 On Your Side Investigates: Women are literally dying for a bigger butt

NEW YORK CITY (WABC) -- Women are literally dying to get a bigger butt, and 7 On Your Side Investigates looked into a growing and troubling trend.

After giving birth to her fifth child, Queens mom Sheener Bailey wanted to do something for herself.

"It was a nightmare that started that day," she said.

She decided to undergo a cosmetic procedure to get her body back to the way it used to look before having children.

"I went from looking great to having a big belly, and I just wanted a mommy makeover to fix it up," Bailey said.

She decided to get a Brazilian Butt Lift procedure, commonly known as a BBL, which is becoming increasingly popular across the country. It's where fat is removed through liposuction from unwanted places on a patient's body and reinjected into the person's backside.

"I don't want anybody to make the mistake I made," Bailey said. "I was in a lot of pain...The day that the surgery ended, when my family members came to pick me up, I was leaking water like I was a faucet. It was horrible."

The surgery left her disfigured and damaged how her body functions.

"The way I use the bathroom is a little different now," she said.

Our investigation found that more than a dozen women have died up and down the east coast over the past few years after undergoing the same procedure, including deaths in New York and New Jersey.

Most of the patients were mothers who went to different doctors and clinics.

Her New York City doctor lost his license, and she hired an attorney who's suing for malpractice.

"I think there are more numbers out there that we don't know about," attorney Marion Conde da Silveira said. "I know that in your own investigation, you found out there was a lot of hidden information out there."

A team of doctors studied the procedure and found patients are up to 20 times more likely to die from a BBL than any other cosmetic procedure. Now, a team of board certified doctors, including Dr. Richard D'Amico, of New Jersey, decided to take action to make it safer.

"We need to prove what has gone wrong in these tragic cases, where patients have died," Dr. D'Amico said. "That's the only way to prevent it."

The team, called the Multi-Society Gluteal Fat Grafting Task Force, performed the BBL procedure over and over again using colored dyes and X-ray imaging to figure out exactly where the fat ends up and exactly what not to do.

Dan Krauth reports on the growing and troubling trend.

They found most of the complications revolve around how the doctor uses the metal instrument, called a cannula, to inject fat under the surface of the skin.

They believe most of the complications arise when the instrument is injected too deep into the muscle, which can cause a fat embolism. They're recommending doctors keep their instruments closer to the surface of the skin when injecting fat.

"It's a risk that needs to be absolutely minimized," Dr. D'Amico said.

As for Bailey, she now wears undergarments to get the figure she always wanted. She's also searching for a new doctor to help fix what happened.

"Learn to love the skin you're in," she said. "Love yourself for who you are, and if you do decide to do this type of surgery, choose wisely."

Experts say there are known risks to the procedure, but death should not be one of them. They suggest going to a board certified doctor who operates in an accredited facility.

The results of the study will be published in a medical journal this spring.

The attorney for Bailey's doctor denied the allegations in court documents.