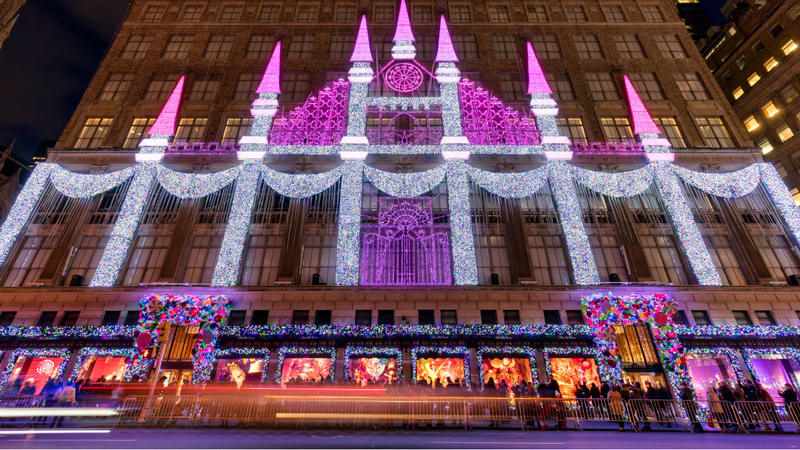 MIDTOWN, Manhattan (WABC) -- There is nothing like the holidays in New York City, and big changes may be on the way for one section of Midtown this upcoming season.

Acknowledging "the need to address pedestrian volumes in the Rockefeller Center area during the holiday season," plans are underway to make more room for tourists, shoppers and anyone else on foot.

Two lanes of Fifth Avenue between 48th and 51st streets could turn into walking zones.

Officials say they believe this strategy will ease what they call corner and sidewalk crowding, which occurs in the area during the holiday season.

Currently, the avenue's five lanes are split up so that two are for buses only. But shortly after Thanskgiving, the far right and left lanes could be pedestrian-only zones.

Concrete barriers would block off the new pedestrian-only lanes to traffic. Officials believe those on foot could gain 40 percent more space.

There seemed to be mixed opinions about the plan from pedestrians who spoke with Eyewitness News on Wednesday.

"I think it's going to create a lot of traffic, a lot of inconvenience and if you've seen this avenue during the holidays, it can get a little scary," a New Yorker said.

However, one man visiting with his family from London gave the plan a big thumbs up.

"I think it's a great idea... for us it would be a good idea, less traffic, less pollution and more access to walk about," he said.

A DOT spokesman cautioned that, "while a letter was sent to local officials notifying them of potential remedies, nothing has been finalized. We will keep you updated on forthcoming details of plans, which are still weeks away from implementation."