PLEASANTVILLE, New Jersey -- Six people, including one of the victims, have been charged in connection with a shooting at a high school football game in South Jersey on Friday night, authorities said.

The shooting, which occurred during the third quarter of a playoff game between the Camden Panthers and the Pleasantville Greyhounds, critically injured a 10-year-old boy and a 27-year-old man. A 15-year-old boy suffered a graze wound and was treated at the hospital and released.

In a Saturday afternoon press conference, authorities said the 10-year-old was struck in the neck. He is in critical condition at Cooper Medical Center, under the care of physicians with Children's Hospital of Philadelphia.

He has been charged with unlawful possession of a handgun, which is a first degree crime since he has a prior conviction for robbery, and certain persons not permitted to possess a handgun, authorities said.

Abdullah was the target in the shooting, according to police.

Four other men, according the prosecutor's office, were at the game and later arrested.

Michael Mack, 27, Tyrell Dorn, 28, Shahid Dixon, 27, all of Atlantic City and Vance Golden, 26, of Pleasantville have been charged with unlawful possession of a weapon and certain persons not to possess a weapon.

Dixon is also charged with eluding. 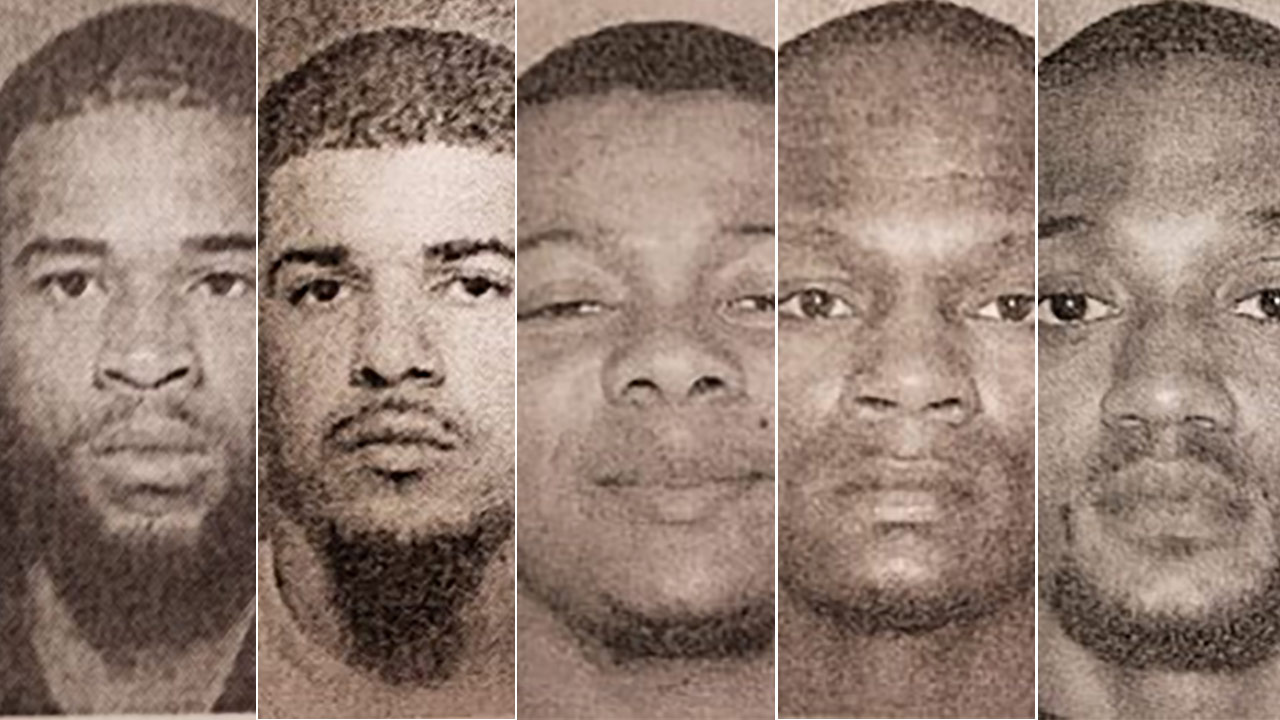 "It's currently under investigation what their connection is with the actual incident that occurred here," Pleasantville Police Captain Matt Hartman said.

Police, firefighters, emergency personnel - both on and off-duty - came to the aid of players, parents, and spectators who ran for cover when shots rang out around 8:30 p.m.

Two retired firefighters, who were at the game as spectators, were among those who jumped into action to help, police said.

The Pleasantville Police Department had ten officers on duty at the game.

Moments after the shooting, Pleasantville Police Officer Robinson, who was assigned to patrol the game, noticed an individual who resembled the description of the shooter given by witnesses.

Wyatt was detained at the west end of the endzone, approximately 75 yards from where the shooting took place, as he tried to flee the scene.

Shortly thereafter, an officer with the Absecon Police Department was sitting at Delilah Road and Route 30 looking for any vehicles that appeared to be heading back to Atlantic City from the shooting.

When he saw a vehicle with no headlights on, he attempted to stop it.

The driver did not stop and a brief pursuit occurred, Captain Hartman said, at which time a firearm was thrown out the window on the Route 30 Bridge. It was recovered by authorities.

The vehicle eventually stopped at Ohio and Gramercy avenues in Atlantic City. The four people in the vehicle, identified as Mack, Dorn, Dixon, and Golden, were taken into custody.

Witnesses speak about what they saw

Action News was there as the gunman unleashed a fury of bullets during the playoff game.

Raw video: At least two people were injured Friday night in a shooting at a high school football game in Pleasantville, New Jersey.

Panicked spectators and some of the players knocked down a fence in their haste to escape the confines of the field.

Witnesses said at least half a dozen shots were fired from the bleachers.

"It was mayhem, literally people coming in waves running away" said Jonathan Diego, who played for the Pleasantville team in 1984. Diego helped coach a Pleasantville youth football team involved in a game against an Atlantic City team in which three spectators were shot and wounded in 2005. All three survived.

That same Jokers team was practicing in 2015 when a spectator was shot, but survived.

"Unfortunately, around here it's not as uncommon as it sounds," Diego said.

He described a panicked scene as some children were separated from their parents, and other parents held babies and young children tight to keep them from being run over by fleeing spectators.

Tim Athl Sr. was sitting in the parking lot watching the game.

"I was watching everybody running then I got out to see what was going on," Athl told Action News.

Diego said his friend, a retired paramedic, gave first aid to a young boy who had suffered a gunshot wound to the neck.

"He applied pressure to the little boy's wounds on his neck, trying to slow down the bleeding until the ambulance could come up," Diego said.

A statement from the Camden City School District said no Camden High School students "were injured or otherwise harmed."

"We're doing everything we can to make sure their families and they are getting the medical care that they need," said Pleasantville Police Chief Sean Riggins.

Investigators won't say if the victims are related.

Game suspended, but will resume

"Everybody was so uplifted about what was going on in the city of Pleasantville and this had to happened," Mayor Jesse Tweedle Sr. said.

Pleasantville is about seven miles west of Atlantic City. Its high school team won its first division title in 43 years this season, and the stands were packed.

"This is a tragic situation, to say the least, on the heels of what just happened in Santa Clarita, California," Tyner said. "It has hit home here in Pleasantville, New Jersey, and it is very disturbing, to say the least."

The game was suspended. The Pleasantville Public Schools superintendent Dennis Anderson said the game will resume Tuesday afternoon at a neutral site. There will be no fans permitted.

#BREAKING terrifying moments captured in camera as a gunman unleashed bullets at a high school football game in Pleasantville. At least 2 people reported injured, including a young boy. The game has been suspended @6abc pic.twitter.com/DVPkh302VP

"It was a real good game and it's sad it ended like this," Athl said. "I just hope whoever got shot will be able to recover."

"I want to thank the Pleasantville Police Department and the scores of off duty emergency personnel that assisted the victims and helped law enforcement promptly identify and locate those responsible for causing mayhem at the Pleasantville High School football game. Unlike some of the shootings that have occurred on school premises throughout the country, this incident had nothing to do with the students of Pleasantville High School or Camden High School. The venue simply presented an opportunity for criminals to pursue their own form of petty vengeance against one another. As a result, an innocent child was caught and injured in their crossfire. Our community will not be held hostage by a few idiots intent on jeopardizing our safety and the safety of our children."

-----
The Associated Press contributed to this report.