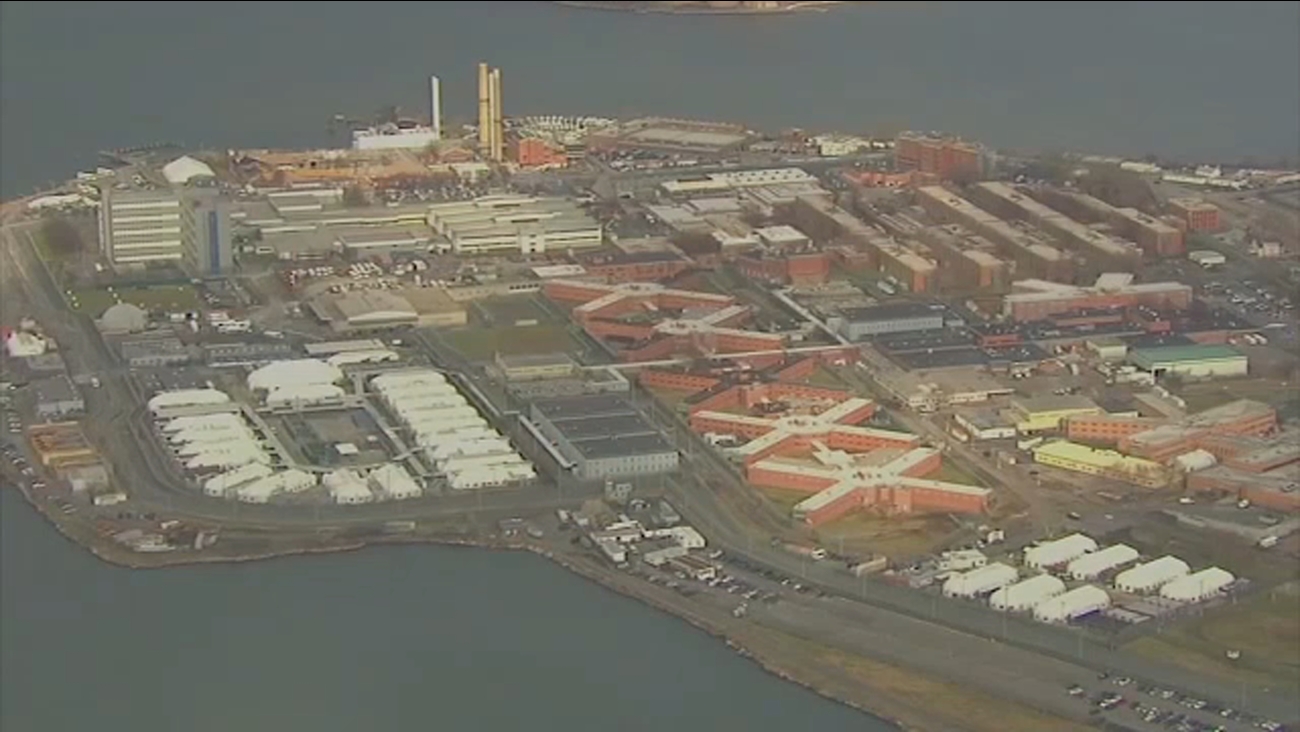 Fifteen other people, including several inmates, also were charged in criminal complaints unsealed in U.S. District Court in Brooklyn.

The scheme had been under investigation since early 2019, prosecutors said, and involved guards sneaking a smartphone, marijuana and other drugs into the troubled jail complex.

Investigators said they found a dozen clear plastic bags of marijuana after searching one inmate involved in the conspiracy. They said he also had an iPhone and charger in his laundry bag.

Authorities said they reviewed financial records, conducted surveillance and listened to recorded calls in which the defendants used coded language to talk about the smuggling. In at least one instance, prosecutors said, "Oakland Raider jerseys" was code for marijuana.

"Contraband smuggling enterprises have long plagued city jail facilities," Margaret Garnett, the commissioner of the city's Department of Investigation, said in a news release. "The arrests today are another example of a pattern in which inmates and outside conspirators identify correction officers vulnerable to corruption and use them to carry drugs and other illegal substances into the jails."

The Department of Corrections officers charged in the case are: Darrington James, 30, Patrick Legerme, 29, Aldrin Livingston, 31, Michael Murray, 28, Angel Rodriguez, 23, and Christopher Walker, 28. It was not immediately clear whether they had defense attorneys to comment on their behalf.

A dozen of the defendants were expected to appear before a federal magistrate Tuesday. Prosecutors said three others remained at large.

New York City lawmakers voted in October to close Rikers Island, one of the world's largest jails, and replace the complex with four smaller jails intended to be more modern and humane and closer to the city's main courthouses in Manhattan, Brooklyn, the Bronx and Queens.