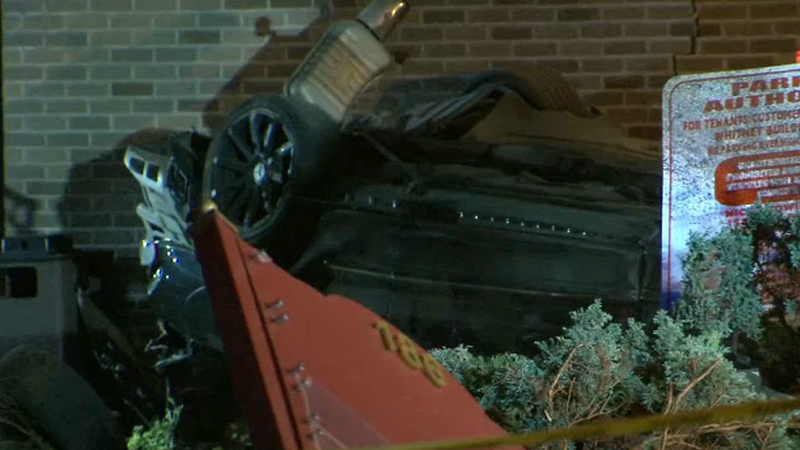 EAST RUTHERFORD, New Jersey (WABC) -- Several people were hurt when a car flipped over and crashed into an office building early Saturday morning.

The incident was reported on Paterson Avenue and Hackensack Street across from the Candlewyck Diner just before 4 a.m.

Witnesses say police were following the car, which was reportedly speeding on the wrong side of the street, before the vehicle went into bushes and flipped onto its roof and crashed into the Whitney Medical Building.

Six people were in the car at the time of the crash. Five were removed from the car and taken to the hospital.

A sixth person was also in the car but ran away from the scene. Police caught up with him a few blocks away, but he was also injured and was taken to the hospital.

The extent of the injuries was not yet known.

The entire block was shut down while investigators pieced together what led to the crash and checked the structural integrity of the office building.