Despite widow's tearful objections, ex-cop who shot her husband released on bond 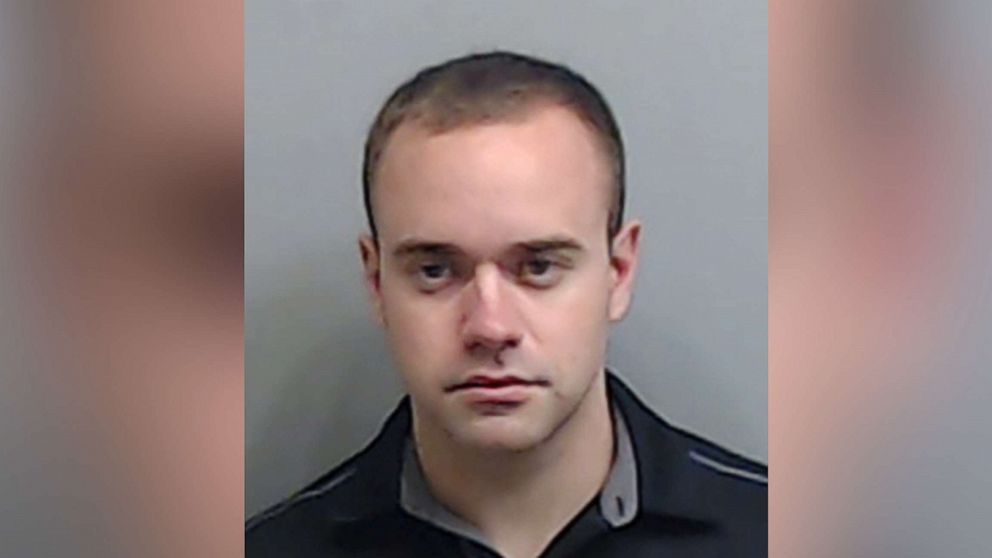 A white former Atlanta police officer charged with felony murder in the death of Rayshard Brooks, a Black man who was shot twice in the back, was released from a county jail early Wednesday after posting bond.

Rolfe, who has been in the Gwinnett County Jail since he surrendered on June 18 to face charges in the fatal shooting of the 27-year-old Brooks in a crowded Wendy's restaurant parking lot, was released at 12:27 a.m. on Wednesday, according to online jail records. He was only required to put up 10%, or $50,000, to secure the bond. His attorney said at the hearing that while Rolfe is unemployed, supporters have held fundraisers for him.

Rolfe's defense attorneys expressed appreciation in a message to the Georgia Law Enforcement Organization, a statewide nonprofit law enforcement support group, for "collecting thousands of donations" to help Rolfe mount of defense against "these wrongful allegations and to cover his personal expenses," according to the group's website. So many donations were collected that Rolfe's attorneys asked the group to pause the fundraiser "in order to support other officers in need."

In making her decision, Barwick rejected arguments from prosecutors that Rolfe is a danger to the community and a flight risk. She noted that Rolfe did not attempt to flee after the Fulton County District Attorney announced murder charges against him on June 17 and gave him more than a day to voluntarily surrender.

"I do not believe he is a danger to the community," Barwick said.

The judge imposed a series of strict conditions for Rolfe's release, requiring him to be fitted with an electronic monitoring ankle bracelet, adhere to a 6 p.m. to 6 a.m. curfew, surrender his passport, possess no firearms, and avoid contact with Brooks' family, witnesses in the case, and any Atlanta police officer.

While the hearing was held in Barwick's courtroom, Rolfe's attorneys, prosecutors and other participants attended via Zoom video conferencing.

"My husband did not deserve to die, and I should not have to live in fear while waiting for the man who killed my husband to be tried in court," Miller said, breaking into tears. "This defendant should not be treated like anyone else who is accused of taking someone's life without remorse."

Miller also told the judge that Brooks was a "loving, caring, feeling, wonderful father, and the best husband I could ask for."

"He had the brightest smile and the biggest heart," she said.

While Barwick thanked Miller for speaking, she said that like all defendants Rolfe has to be considered innocent until proven guilty. She said her discretion in setting bail was "limited" to the statutes of state law.

Rolfe, who was fired from the police department, did not speak during the hearing.

He is charged with 11 counts, including felony murder, multiple counts of aggravated assault with a deadly weapon and seven violations of his office. Three of the aggravated assault charges stem from a stray bullet Rolfe fired that hit a vehicle occupied by three people.

Clinton Rucker, executive assistant district attorney for Fulton County, had initially requested that no bail be set for Rolfe, but later requested $1 million bail be set if bail were to be granted. Rolfe's attorney, Bill Thomas, requested the judge set bail in the range of $50,000 to $100,000.

"While the family of Rayshard Brooks is disappointed that his killer was granted bond today, they understand that this is just one step in the long quest for justice for Rayshard," the family's attorneys, L. Chris Stewart and Justin Miller, said in a joint statement.

Brooks' death came amid seething tensions as protests over the death of George Floyd at the hands of Minneapolis police broke out in Atlanta and in cities across the nation.

The shooting came just days after six Atlanta police officers were criminally charged after viral video caught them deploying stun guns on two Black college students and dragging them from their car as a protest was occurring nearby.

Brooks was killed on June 12 after a Wendy's employee called police to complain that Brooks was passed out behind the wheel of a car in the drive-thru lane, according to police.

Officer Devin Brosnan was the first to arrive on the scene and knocked on Brooks' window but could not wake him up. Body camera video showed Brosnan opening the door and shaking Brooks awake.

Rolfe responded to the scene when Brosnan radioed a dispatcher saying he needed a DUI-certified officer.

When officers tried to put Brooks in handcuffs, Brooks struggled, wrestled with both officers on the ground, and then grabbed Brosnan's stun gun.

Surveillance video showed Brooks running through the parking lot as the officers chased after him. While fleeing, Brooks allegedly shot the stun gun at Rolfe, who drew his weapon and opened fire. Brooks died from two gunshots to his back, the medical examiner determined.

At a news conference last week, Fulton County District Attorney Paul Howard alleged that video of the incident recorded Rolfe kicking Brooks as Brooks lay dying on the ground and Brosnan standing on Brooks' shoulder. But during Tuesday's hearing, another one of Rolfe's attorney, Noah Pines, denied that Rolfe kicked Brooks after shooting him.

Brosnan, who has been placed on administrative leave from the police department, was charged with two counts of violations of oath and one count of aggravated assault for allegedly standing on Brooks' shoulder after he was shot by Rolfe. Brosnan also surrendered to authorities on June 18 and was released on $50,000 bail.
Report a correction or typo
Related topics:
abc newsnational
Copyright © 2021 ABC News Internet Ventures.
TOP STORIES
Lyft driver killed in crash by suspected DWI driver: NYPD
Washington Square Park continues to see violence even with curfews
Video shows violent fight, slashing outside NYC deli
AccuWeather: Some sun
Pooches compete for Westminster dog show's top prize tonight
Mother throws children out window and then jumps
Firefighters rescue osprey stuck hanging from nest
Show More
COVID Updates: Houston hospital can force workers to get vaccinated: Judge
Man dies after being shot outside Bronx church
NOT REAL NEWS: A look at what didn't happen this week
Longtime Eyewitness News viewer, 'Toots' passes away just shy of 101st birthday
Nets' Harden out, Green questionable for Game 4 at Milwaukee
More TOP STORIES News