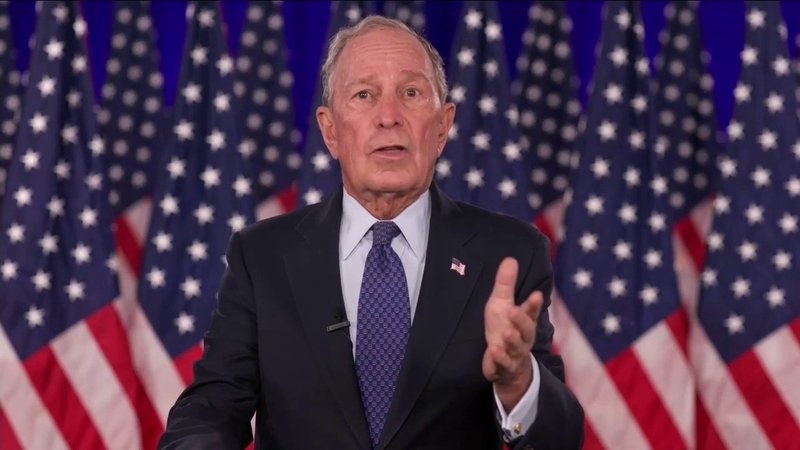 Bloomberg delivers remarks on night 4 of the DNC

Four of the Democrats who sought the White House this year spoke on the fourth and final night of Democrats' virtual convention Thursday.

Businessman Mike Bloomberg urged Americans to evaluate President Donald Trump like a coworker or employee when deciding whether to give him another term.

At Thursday's Democratic National Convention, Bloomberg asked: "Would you rehire or work for someone who ran your business into the ground, and who always does what's best for him or her, even when it hurts the company?"

He asked, "If the answer is no, why the hell would we ever rehire Donald Trump for another four years?"

Bloomberg's addition to the convention lineup is another example of Biden trying to appeal to moderate and even Republican voters. Bloomberg has been a Republican, independent and a Democrat throughout his career.

Cory Booker has evoked the memory of his late grandfather to argue that Joe Biden and Kamala Harris can bolster unions and empower the middle class.

"Joe Biden and Kamala Harris know the dignity of all working Americans," the New Jersey senator said. "They know the urgency and the demand of our dream."

Booker says the Trump administration's policies have left "working people under attack" and the middle class shrinking. Booker says, "He has failed us."

Booker added of his grandfather, "If he was alive, Joe and Kamala, he would be so proud of you."

Pete Buttigieg said his experience as an openly gay man and military veteran shows how far the U.S. has come in just a few years and how much farther it has to go.

The former mayor of South Bend, Indiana, said when he was born in 1982, it was unthinkable for an openly gay person to seek any federal office. Yet he noted that he had campaigned for the presidency.

He said he did so "often with my husband at my side, winning delegates to this very convention."

Early in the evening, Andrew Yang took the virtual stage and introduced moderator Julia Louis-Dreyfus. His outsider presidential campaign was marked by a buzzy online following and a platform to give Americans a universal basic income.

Other former presidential contenders voiced their support for their onetime rival Biden on previous nights.

"At its most basic, this election is about preserving our democracy," Vermont Sen. Bernie Sanders said Monday in his opening night speech. "During this president's term, the unthinkable has become normal."