This year seems to be the year for breaking up long-time pairings. First it was Tom Brady and now it'sLionel Messi.

On Tuesday, Messi told Barcelona that he wanted to leave the club this summer, after 16 years with the soccer powerhouse. This comes after Brady, who won six Super Bowls with the New England Patriots, left as a free agent for the Tampa Bay Buccaneers after 20 seasons in New England.


Messi, who made his first appearance for the senior team in 2004, won 10 La Liga titles, four UEFA Champions League trophies and scored 634 goals with the club. But when he lands with a new team, Messi will join some elite company of players to play more than 15 years with one team then leave for another.

Here are a few of the notable names:

What happened next?: To be determined. After 541 touchdown passes and gaining GOAT status, Brady signed with the Bucs in March.

What happened next?: After two Super Bowl appearances, one title and three MVPs, Favre was flirting with retiring during his last seasons in Green Bay and then was traded to the Jets, where he lasted one season. He signed with the Minnesota Vikings in 2009 and took the team to the NFC Championship Game, where it lost to the New Orleans Saints. Favre was injured and missed parts of the 2010 season and retired, for real this time, following the season.


What happened next?: Rice is the greatest receiver ever and won three Super Bowls with the Niners. After two sub-1,000-yard seasons, San Francisco, which had Terrell Owens, moved on from Rice. Rice signed with the Raiders, then played in another Super Bowl and became the only player to catch a touchdown pass in four Super Bowls.

What happened next?: Unitas was an icon as the NFL became a national obsession. He won three championships in Baltimore. However, after a 5-9 season in 1972, Unitas was traded to the Chargers. It didn't go well. He went 1-3 and was benched for Dan Fouts.

What happened next?: Malone averaged 25 points for his career, won two MVPs and took the Jazz to two NBA Finals, losing to Michael Jordan's Chicago Bulls. The Mailman went ring-chasing, joining a loaded Lakers team that had Kobe Bryant, Shaquille O'Neal and Gary Payton. Malone was injured for parts of the season but was back for the playoffs. However, even as heavy favorites, the Lakers lost in the NBA Finals to the Detroit Pistons. Malone was a free agent after that season but chose to retire rather than sign with another team.

What happened next?: Pierce was an All-Star in Boston and then joined forces there with Kevin Garnett and Ray Allen to win the 2008 NBA title. The Big Three tried to keep things going in Brooklyn, but the success wasn't there and the Nets lost in the second round of the playoffs.

What happened next?: Ruth, of course, became an American icon and baseball legend in New York. He won four World Series titles. He had a 60-home run season and gathered a million nicknames. Ruth, whose skills had largely diminished, wanted to manage and went to the Braves but retired by June of that year.

What happened next?: Rose was one of the game's great hitters and won two World Series with the "Big Red Machine." He had a 44-game hit streak in his final year of his first stint in Cincinnati. He signed with the Phillies as a free agent. Though he batted below his career average, at .282, in 1980, he helped the Phillies win the World Series.

What happened next?: Aaron spent 20 seasons with the Braves. He broke Ruth's home run, won the 1957 World Series and transcended baseball. Still, he was traded in 1974. In two more seasons, he broke Ruth's career RBIs record and played in his 24th All-Star Game. 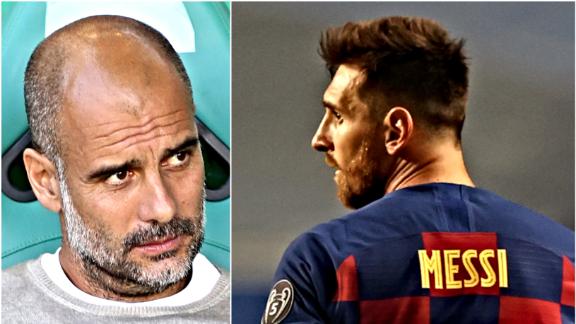