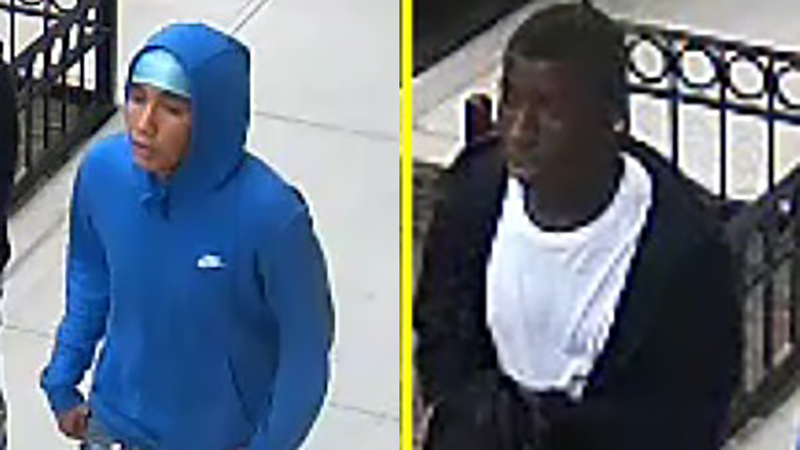 SUNNYSIDE, Queens (WABC) -- Police are searching for two men they say punched a 64-year-old man in the face in a road rage incident in Queens last month.

Authorities say the victim, who is the father of the New York City police officer, was stopped in his vehicle when he became engaged in a verbal dispute with the individuals, who were crossing the street near Queens Boulevard and 43rd Street in Sunnyside just before 5:30 p.m. on Tuesday, October 3.

One of the individual then punch the victim in the face through an open window, police said.

The two individuals then fled on foot.

Emergency medical services responded, and the victim refused medical attention at the scene.

But then, on Tuesday, October 16, the victim was transported by private means to New York Presbyterian Hospital, where he was shown to have a serious head injury as a result of the assault.

One suspect is described as a black male in his late teens or early 20s. He was last seen wearing a white T-shirt, black jacket and blue jeans.

The other suspect is a Hispanic male in his late teens or early 20s. He was last seen wearing a blue hooded jacket, blue pants and white sneakers.