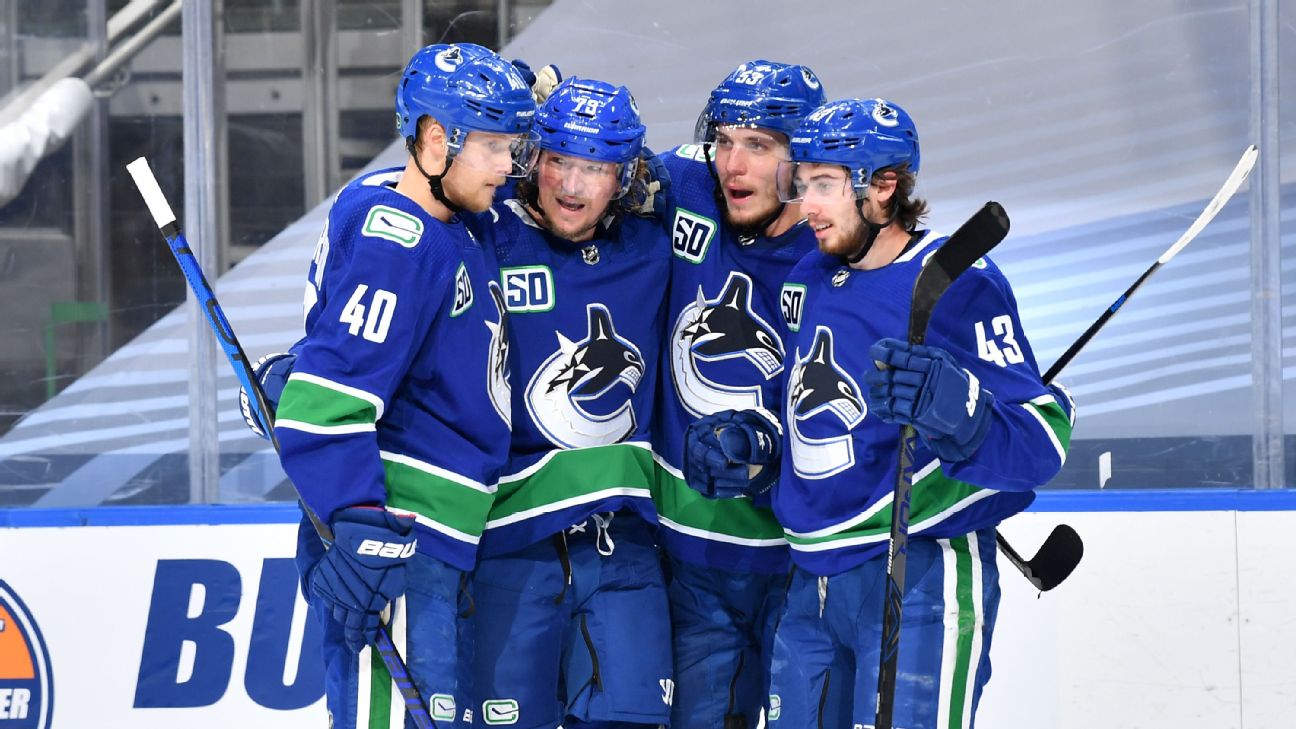 The Colorado Avalanche forced the Dallas Stars into a Game 7, to be played on Friday.

Now it's the Philadelphia Flyers' and Vancouver Canucks' turn to extend the conference semifinal round. Can they do the same?

Islanders star Mathew Barzal and Flyers star Sean Couturier are both questionable for this pivotal game. Barzal left Game 5 with 4:47 remaining in the third period after a high stick to the face, courtesy of Claude Giroux. But Flyers coach Alain Vigneault said he rode the elevator with Barzal and he had "no concern" about him. Meanwhile, Couturier sat out the third period and overtime after a collision with Barzal late in the second period. If Barzal can't go, expect Jean-Gabriel Pageau to move up to play with Anders Lee and Jordan Eberle on the top line. Scott Laughton moved up to play with Giroux and Jakub Voracek in Couturier's absence in Game 5.

Vegas had the puck a bunch in Game 5, pumped a bunch of shots on goal on Thatcher Demko, but couldn't get more than one puck past him. "That's just how the game is sometimes," forward Reilly Smithsaid. "It just seemed like we weren't able to find any of those bounces the last game." No word yet on which goalie gets the start in Game 6 for Vancouver or Vegas, considering that Games 6 and 7 would be played on back-to-back days. "I'm not even thinking about seven. We'll think about seven if we need to think about seven," Vegas coach Peter DeBoer said.

Question of the day: Will the other series go the distance?

It's win or leave the bubble for the Flyers and Canucks.

Against Vegas in Game 5, the Canucks were outshot 43-17. Coach Travis Green vows they'll be better in Game 6. "Especially in playoff hockey, when you find a way to win a game that you probably shouldn't have, it's not just luck. It's compete. It's buying in as a group. It's blocking a shot. Obviously your goalie is a part of that, a big part of it," he said, referencing goalie Thatcher Demko, who was brilliant in the victory.


The Flyers extended their series with an overtime win, bolstered by a 29-save performance from Carter Hart, who will be vital in Game 6. "He was Carter Hart last night. He made some key saves at key moments of the game last night. Even after a couple of goals, when they tied it up, you could see the bounce-back," center Nate Thompsonsaid. "He's been our backbone the whole time, so no surprise there."

Islanders over 2.5 goals (-110). If Barzal plays, the Islanders should find their way past this total. Even if he doesn't, New York has scored three or more goals in six straight games. The Flyers have given up three or more in six of seven games.

The first Game 7 of bubble hockey arrives on Friday, as the Avalanche rallied from a 3-1 series deficit. This was another confident effort from Colorado, dictating pace and possessing the puck. Nathan MacKinnon and Mikko Rantanen had a goal and an assist each, and Michael Hutchinson made 27 saves for the win. The Stars took a 1-0 lead in the game, only to take four straight penalties in the first and second periods to undermine their efforts. Now, their series lead is gone and it's come down to one game. "In terms of Game 7, it's my third one. I guess I haven't won one yet," MacKinnon said. "Looking to change that in a couple days here." Full recap.

The playoffs' leading scorer with 25 points in 14 games, MacKinnon scored his ninth goal of the playoffs and assisted on Mikko Rantanen's goal.


"Clutcherson" won his second game in a row with another strong effort, including nine saves in the third period. "Hutch is our guy. And he's an easy guy to cheer for. Hopefully he can repeat his performance [for] Game 7," Avalanche coach Jared Bednar said.

The Stars defenseman scored his fifth of the playoffs to open the scoring. It would be Dallas's only goal of the game.

"It wasn't rushed. Listen, if you're trying to make a story out of it, it's not a story. It's back-to-back games. Your No. 1 goaltender comes to you and says he's had two good practices, he feels good and it's back-to-back, you're not going to say, 'No.' He wants the ball. He wants to go in and he feels good. It's either him or a kid that hasn't played a minute in the NHL. Like, that's not even a story for me.

"Bish wanted the ball. He wanted to go in. He's the No. 1 goalie. He took Tampa Bay to the finals five years ago. He's one of the top goaltenders in the league for the last five or six years ... it's not even an issue. If he says he's ready to go, he's ready to go." -- Stars coach Rick Bowness on his decision to start Ben Bishop in Game 5, only to see him pulled and have Bishop "unfit to play" for Game 6 and, most likely, Game 7.

NHL players in the bubble were treated to a screening of Christopher Nolan's new film "Tenet." No word on how many of them can explain the plot.

Sauce of the day

Nathan MacKinnon is doing everything else in the playoffs, so we might as well add alley-oop passes to that list. 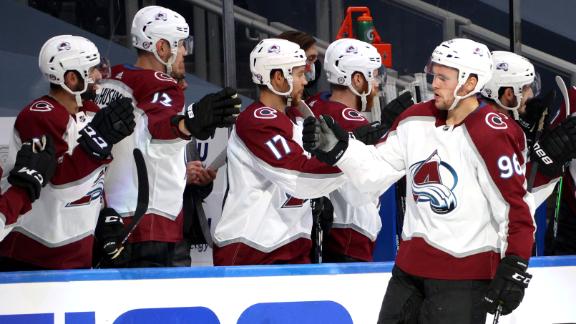