WABC
JAMAICA ESTATES, Queens (WABC) -- A car exiting a highway in Queens flipped over and struck parked cars before ending up against the side of a home late Friday morning.

The video shows the occupants, who all survived, being thrown from the vehicle

It happened around 11:50 a.m. along the Grand Central Parkway in Jamaica Estates.

Authorities say the vehicle was traveling eastbound and exited the Grand Central at a high rate of speed.

The driver apparently lost control, flipped over two parked cars in a driveway and landed against the house at Grand Central Parkway. 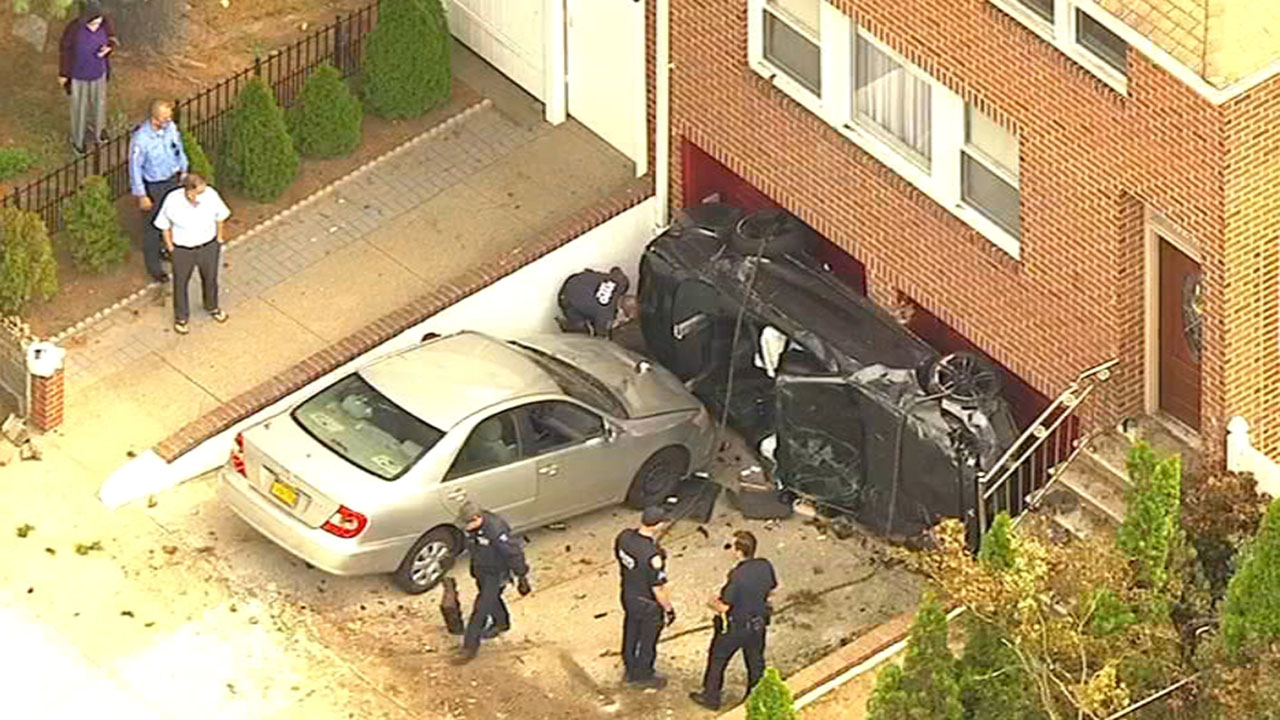 "Yeah, they were flying, it was a flying car," witness Chelsea Alejandro said. "Never seen that before."

Police say the driver of the vehicle fled the scene, leaving two young men -- ages 18 and 20 -- behind.

They were taken to North Shore University Hospital in Manhasset to be treated for non-life threatening injuries. They are listed in stable condition.

Also Read: Patient dies in crash between ambulance and fire truck in Brooklyn

Kong Chan owns the home and was inside with his parents and young children when the crash happened.

There was this huge boom," he said. "I was shocked. I've never seen anything like this in my entire life. Never. I don't know how they survived. It's a miracle."

No one inside the house was hurt.

The driver is being sought.

Neighbors say the exit ramp, which is a straightaway off the eastbound Grand Central Parkway, is known for high speed crashes. But nothing quite like this.

Fewer people will qualify for checks under new bill agreement