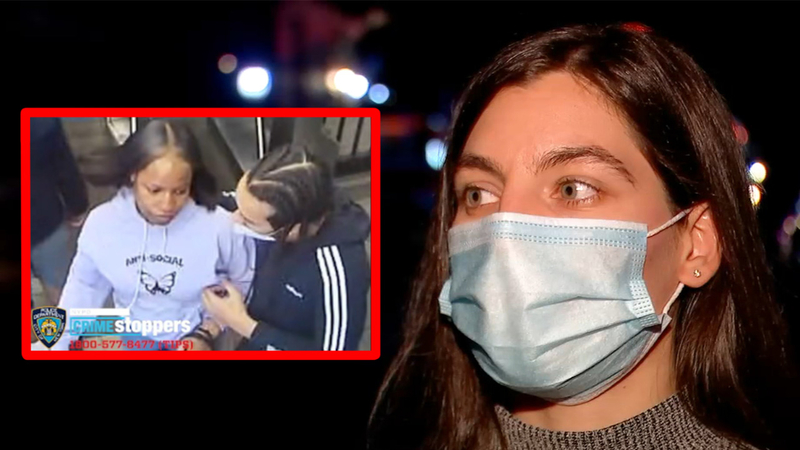 "I couldn't see. My face was on fire. I thought it was acid to be honest," said the victim named Anna.

This 28-year-old victim still has nightmares from the assault she suffered on the R Train last Tuesday night.

Anna, a health care worker, was heading home to Brooklyn when she was attacked. Police are now looking for a pair of suspects.

According to the victim, it all began when the woman refused to wear her mask, which is now mandatory on public transportation.

"I had asked her politely to put it on. She went berzerk on me," Anna said. "She started threatening me, calling me names, she spit in my hair."

Anna got out at the next stop hoping to escape, but says the couple followed her.

As she tried to call 911, police believe the man assaulted her and broke her phone while the woman without the mask, sprayed something in Anna's face.

"I've been riding the subway more than a decade and never afraid until this," Anna said. "It's not safe. There's nobody you can get help from."

This victim is not alone in her fears.

Ridership is down 75% on the subways.

Marcus Solis reports a spike in crime rates on the New York City subway system combined with the coronavirus pandemic decimating ridership has the MTA worried on top of the financial crisis the agency is already facing.

Commuters are apparently fearful of both COVID and crime. A double whammy for a transit system already hemorrhaging revenues.

Convenient but misleading to suggest crime should plummet with fewer riders- As ridership went ⬇️ during COVID the # of career criminals didn’t- Still, riders are returning as crime is near all-time lows- Our cops are using every tool they’re given, and doing it remarkably well https://t.co/vWoqdJPl4Q

"As ridership went down during COVID the number of career criminals didn't ... our cops are using every tool they're given, and doing it remarkably well," Edward Delatorre said.

Meanwhile, Anna has given up on the transit system and says she now drives to work every day.