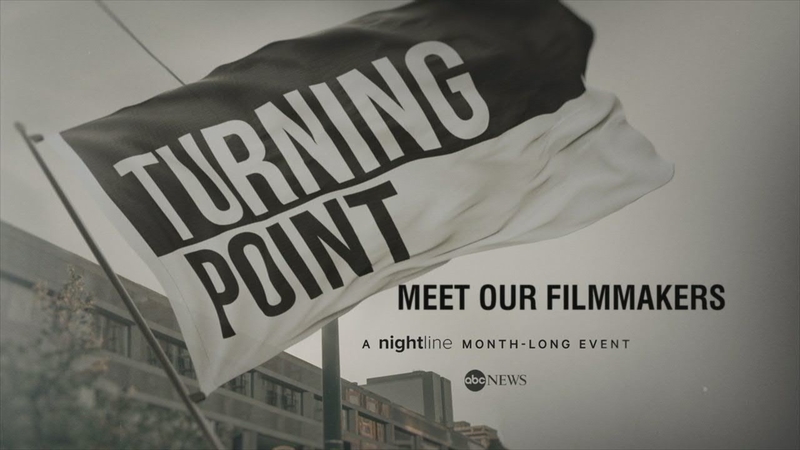 CORPUS CHRISTI, Texas -- This report is part of "Turning Point," a groundbreaking series by ABC News examining the racial reckoning sweeping the United States and exploring whether it can lead to lasting reconciliation.

Connie Gonzales grew up reciting her family history: Her ancestors, the Ballí family, used to own Padre Island, a barrier island 4 miles off the southern coast of Texas in the Gulf of Mexico.

"When we were children growing up ... I heard many stories about the island from my grandmother," Gonzales told ABC News.

In 1867, 320 acres west of Texas City were set aside for freed people to settle. See how the 1867 Settlement Historic District played an important role in Texas history.

"My grandmother had stories about the family rowing a little boat out to the island and spending days out there fishing and just spending their time there," she said.

But as centuries passed, Ballí's descendants -- once part of a family dynasty that included a family crest, a family tree dating back to the 12th century and an ancestor who was a saint -- began selling off pieces of their land to try and keep their individual families afloat.

"They were field laborers and they weren't educated," Gonzales told ABC News. "They were illiterate. Honest, good people, but they didn't know the American system."

The story went that a "white man" approached some of the Ballí heirs and convinced them to sell their land. Some of them did. In return, they were promised mineral royalty rights to the land in addition to the money they received as payment for their land.

In total, Ballí's heirs signed 11 deeds. Gonzales said her grandmother was one of them; she was paid $25 for her property in 1938, which she immediately hid in her mattress to keep safe.

But decades passed and not a single Ballí heir received the royalties they were promised.

"She would have us go check the mailbox to see if anything had come in," Gonzales said. "My grandmother, Elisa, was still believing that she was gonna receive monies in 1969 when she passed."

The Ballí family's experience is emblematic of thousands of other families of color that were promised money and rights to their lands but never saw those promises kept.

In the United States, there is a history of white settlers moving West and taking land from communities and people that have inhabited that same land for centuries.

Indigenous Americans are taking their cases to court, and the Ballí family's story is a source of inspiration for many.

After her grandmother's death, Gonzales said she couldn't forget the family legend. She began researching Padre Island in 1978.

For seven years she traveled across southern Texas digging through various court records and trying to find any documentation related to Padre Island. In 1985, she found what she was looking for.

"To me it, it was like when you're out there looking for gold nuggets and you find gold," Gonzales said. "It was extreme happiness."

Tucked away in the Kleberg County Courthouse were the original 11 deeds, confirming the stories her grandmother had told her growing up.

"When I found them, I couldn't believe it," Gonzales said.

"I was thankful; grateful to God that He had led me there," she said. "I can shed tears right now because it vindicated my grandma."

Her grandmother's story was completely true. In 1938, a white, Harvard-educated lawyer named Gilbert Kerlin went down to Texas from New York on behalf of his uncle to buy about 22,000 acres of Padre Island from some of Ballí's remaining heirs. In the deeds, there was an agreement that the heirs would maintain mineral rights to the land their ancestors had lived on.

The island had also been called "La Isla Blanca," according to the National Park Service. Its white sand and flat, narrow landscape was an idyllic landscape, and for most of the 19th and 20th centuries, the island was full of ranchers. But, beginning in the 1950s, oil rigs began to replace the ranches as the excavation of the land's natural oil and gas reserves began. Now, Padre Island has become a spring break destination for college students.

But finding the deeds was just the beginning for Gonzales. Over the next several years, Gonzales spent time finding the right lawyers and bringing a lawsuit to court.

The case went to trial in 2000. Her lawyers didn't argue that the Ballís should get their land back -- they knew they had sold their property -- but rather that they should get royalties from mineral rights as stated in the deeds.

After nine weeks in court, a jury ruled in favor of the Ballí family. But it wasn't until years later -- after Kerlin's death in 2004 -- that Kerlin's estate settled. All told, the protracted legal battle involved many appeals, years of litigation and, eventually, a settlement totaling $10 million.

"It brought out the history of the Ballí family," Gonzales said. "I think it exposes all the wrongdoings that were created and done."

But the settlement didn't go very far for Gonzales. There were over 250 Ballí heirs, and each received a different incremental amount based on their generational proximity to the original Ballí and the size of their family's original property. So, Gonzales, who had spent 22 years researching and digging up her family's history, ended up only receiving $11,000, almost half of which was paid to her lawyer.

There were subsequent appeals, too. A different line of Balli heirs kept pursuing more money through litigation. After multiple appeals, the Texas State Supreme Court vacated this case, ruling in favor of Kerlin.

ABC News reached out to the Kerlin family for a statement, and they referred ABC News to the Texas Supreme Court opinion.

Despite all the obstacles, Gonzales said she "walked away rewarded" for having proved her grandmother's story.

Twenty years later, Gonzales believes her story can help other families of color who were cheated out of their rights and lands, and are seeking reparations.

"I do believe that the Ballí story can help other people," Gonzales said. "This case set a precedent in the courts for other cases coming up."