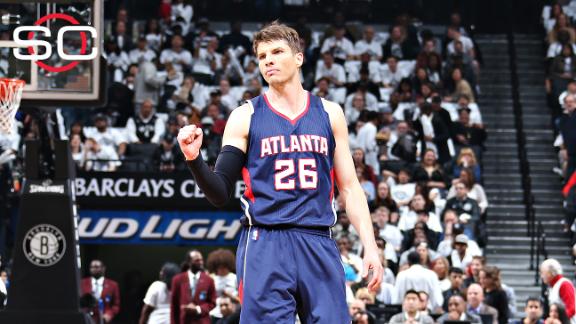 EAST RUTHERFORD, N.J. -- A day after the Brooklyn Nets were eliminated from the playoffs, head coach Lionel Hollins admitted point guard Deron Williams is no longer a franchise player.

"That means we have everybody going out there and playing hard, playing together, sharing the ball. If a guy is open, he makes a shot. If a guy is not open, he passes to another guy and he makes the shot. To me, that's what basketball is about. It's not about a franchise player. I mean, those guys come along once in a lifetime, and everybody doesn't get a chance to coach one. When you don't have one, you can't say you can't win. There are teams that have won championships without franchise players, what everyone considers a franchise player. I'm not worried about that. That's something you guys talk about and worry about. I worry about us going out there and playing hard, playing together and trying to scratch and claw to win a game. That's what it's all about."

In 2010, NBA general managers voted Williams the best point guard in the NBA. But his tenure with the Nets has been marred by injuries and inconsistency. He averaged just 11.8 points and 5.5 assists while shooting 39.1 percent from the field in his team's first-round series loss to the Atlanta Hawks.

Former teammate Paul Pierce had told ESPN.com before the postseason that Williams didn't want to be an MVP candidate and couldn't handle the pressure of playing in New York.

Responding to Pierce's comments shortly after they came out, Williams said, "Being here, I got pretty thick skin. He has his opinions and that's fine. It's what it is. I can't change his opinions. So just leave it at that."

Williams, 30, did not address the media on Saturday morning. He is owed $21 million next season and $22.3 million in 2016-17, assuming he does not opt out of the final year of his contract. As a result, trading him could prove difficult. It is possible that the Nets could also look to buy him out.