Elder fraud on the rise: Red flags to watch for 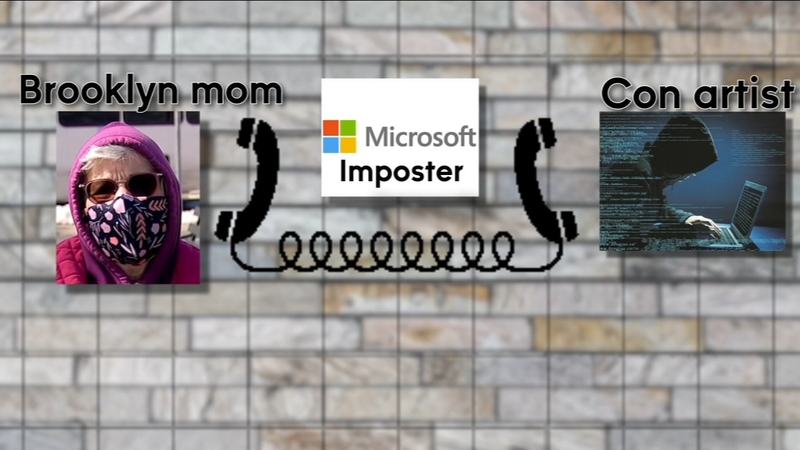 Elder fraud on the rise: Red flags to watch for

BROOKLYN, New York City (WABC) -- The FBI says older adults lose more than $3 billion each year to scammers, and elder fraud is on the rise.

One popular ruse is the tech support scam, and now, during the pandemic with more seniors homebound using computers, they're more vulnerable than ever.

7 On Your Side talked to one Brooklyn mom who was called at home by scammers pretending to be from Microsoft claiming she owed them money.

Controlling her screen and even her printer, they accessed her bank account and printed a script directing her to send money to a bank in Thailand.

If questioned, she was directed to say the funds were for real estate purposes.

Nina Pineda has more on the scam with 7 On Your Side.

Chase flagged that transfer for being suspicious and inconsistent with her account, so they canceled it.

But the very next day, the scared scam victim was directed to try again -- this time at a different branch.

An associate banker says she warned the customer that it looked suspicious and could be a scam.

She admits repeating the script the scammers sent, telling the teller it was for real estate.

And so the money went through, from Brooklyn to Bangkok.

"She was being pressured and bullied by scammers," her son said.

The victim and her son blame the bank for not flagging the second transfer and allowing almost $40,000 to go to an account in the Far East.

Con Edison is warning the public about a scam where imposters are threatening customers with shutoffs and demanding money.

The family claims they didn't get the letter alerting them the first attempt was stopped and to take action before it was too late.

"She didn't get the letter until a week later," her son said.

Chase said it regrets that their customer was the victim of a scam, repeating that the teller warned the victim but was told the wire was legit for a real estate deal.

The big takeaway is to be wary of anyone calling and directing you to your computer for any reason.

Never confirm or give bank account numbers to strangers, and never wire money or buy gift cards to share with someone you don't know.

"It makes you feel humiliated and violated," the victim said.

Fill out the form below or email your questions, issues, or story ideas by filling out the form below or by emailing 7OnYourSideNina@abc.com. All emails MUST INCLUDE YOUR NAME AND CELLPHONE NUMBER. Without a phone number, 7 On Your Side will not be able to respond.
Report a correction or typo
Related topics:
technologynew york citybrooklynelderlytechnologyscam7 on your sidefraud
Copyright © 2021 WABC-TV. All Rights Reserved.
TOP STORIES
5 killed in head-on collision on Long Island
Hero officers, bystanders save mom, baby pinned under car: video
Fauci: CDC may back wearing face masks more
AccuWeather: More humid & spotty t-storms
3 people rescued off Suffolk County after hours in the water
Official: 1960s civil rights activist Bob Moses has died
Cleanup continues after oil spill in New York harbor
Show More
Child hospitalized after fall from 10th floor balcony: Police
Jolie-Pitt divorce judge disqualified by California appeals court
Suspected drunk driver charged in crash that killed mother, daughter
Russians top Simone Biles, Americans in gymnastics qualifying
Grieving the loss of a pet? There's a support hotline to help
More TOP STORIES News