7 On Your Side Investigates: Dangerous rentals 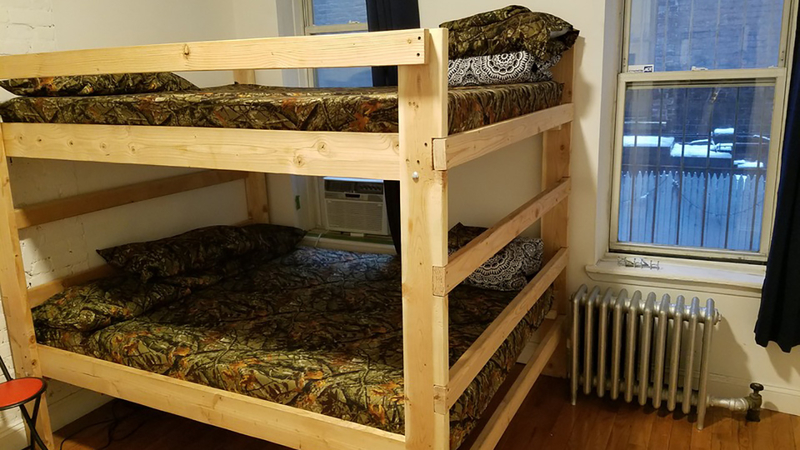 7 On Your Side Investigates: Dangerous rentals

WEST SIDE, Manhattan (WABC) -- New York City prosecutors are accusing a 27-year-old from Brazil of running a rental racket on the West Side of Manhattan.

According to a complaint filed by the Mayor's Office of Special Enforcement in late June, Daniel de Oliveira rented at least four apartments in prime locations and turned them into illegal and dangerous makeshift hotels which he listed on Airbnb.

"It's unconscionable," said Christian Klossner, Executive Director of the Mayor's Office of Special Enforcement. "These apartments were dangerously overcrowded."

The listings were located on 46th Street, 47th Street and 9th Avenue near Times Square and at Amsterdam Avenue and West 95th Street.

"I was appalled, I was shocked," said David Schirtzinger, who stayed in one of the listings. "It was definitely not a safe condition at all. This is not right."

In lease agreements obtained by 7 On Your Side Investigates, de Oliveira claimed to have attended Columbia University and to have a trust fund income of more than $157,000 a year in addition to a yearly salary of $167,000 at Florent AI.

7 On Your Side Investigates tried to reach the company at two of its listed business addresses and could not locate or reach the company for comment. 7 On Your Side Investigates was also unable to reach de Oliveira despite emailing him, calling him and visiting his listed address on the lease applications -- which happened to be Columbia University Housing.

A Columbia spokesperson confirmed de Oliveira had attended the university from January 2013 to December 2016 but said he did not graduate.

Inspectors with the Department of Buildings imposed vacate orders on the four apartments after finding several hazards, including what inspectors described as illegally-added walls that created additional bedrooms and blocked access to fire escapes.

Violations discovered in the listings resulted in penalties totaling $307,160 to the building owners and advertising summons against de Oliveira carrying penalties of at least $8,000, according to city records.

A spokesperson with the Mayor's Office of Special Enforcement indicated de Oliveira had been evicted from three of the listings and that eviction proceedings were underway in the fourth. According to New York's multiple dwelling law, it is generally illegal to rent out rooms or apartments for fewer than 30 consecutive days.

Residents in the buildings also expressed concern to 7 On Your Side Investigates about the conditions caused by the listings and the people who occupied them. They worried about theft, noise, accidents and parties inside the listings.

"There are so many people coming in and out," Carly Christiansen said.

"People would be waiting in the lobby all the time," Brett Cafferty said.

According to court documents, de Oliveira failed to respond in writing to the complaint against him or appear in court. A judge issued a preliminary injunction banning de Oliveira from listing any short-term rentals in New York City.

In a statement, an Airbnb spokesperson wrote, "Airbnb recognizes that hosting is a serious responsibility, and we strongly oppose illegal hotels. That's why we've worked to identify and remove more than 5,000 listings that do not reflect our vision for our community under our One Host, One Home policy, which we have actively sought to make the law of the land. As soon as we became aware of this bad actor, we worked as quickly as possible to ban him from our platform -- as we do in every case."

Klossner indicated the city planned to further crackdown on other listings in the city like those offered by de Oliveira. He asked anyone with concerns to reach out to his office.

If using the app, click here to send us a news tip
Report a correction or typo
Related topics:
west sidemanhattannew york citysafetyairbnb7 on your side investigationrental scams
Copyright © 2021 WABC-TV. All Rights Reserved.
7 ON YOUR SIDE INVESTIGATION