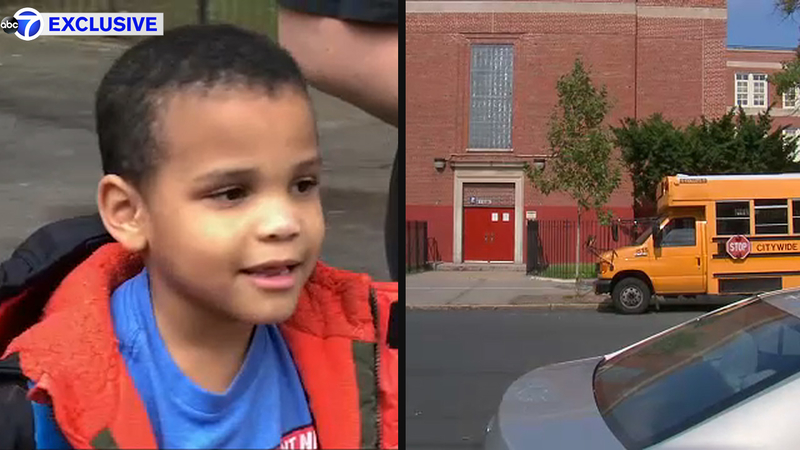 STATEN ISLAND, New York City (WABC) -- The second incident in two months in which a child wandered out of a New York City public school is raising serious questions about security and door alarms.

In a 7 On Your Side Investigates exclusive, a Staten Island father and mother explained how an alarm on a door at PS 78 failed to activate last week. It allowed their 6-year-old son Jayden to slip out of the elementary school and wander the neighborhood for 90 minutes.

His mother, Crystal Ruiz, says she got a call from the school asking why her son didn't wasn't in attendance.

"They said, 'Where's Jayden at?'" she said, adding she was stunned when she got the call. "'What do you mean? He's supposed to be in school with you all.'"

By then, Jayden had already begun his unsupervised adventure around a busy Staten Island neighborhood, crossing heavily trafficked intersections and wandering around the sprawling housing complex where he lives.

"I am furious at the school and definitely furious at the staff," dad Jayson Ruiz said. "How can a 6-year-old child walk across a busy street by himself? He's a little baby. He can't do that on his own. How did he? By the grace of God, he's safe and sound."

Just weeks ago, a 5-year-old at PS 24 in Brooklyn wandered out of school and boarded the subway several miles away.

These two incidents recall the 2013 tragedy in which Avonte Oquendo, a special needs student, walked out of his school in Long Island City and drowned in the East River.

His death triggered passage of Avonte's Law, which requires working door alarms on elementary schools throughout the city to prevent another tragedy.

Adding to the stress, the Ruiz family is now under investigation by the Administration for Children Services even though the school has accepted responsibility for the failed door alarm.

"It's upsetting," Jayson Ruiz said. "They're going after the wrong source."

An ACS Spokeswoman told 7 On Your Side Investigates, "Our top priority is protecting the safety and well-being of all children in New York City. We are investigating this case with the NYPD."

A Department of Education Spokeswoman, Miranda Barbot, told 7 On Your Side Investigates, "Safety always comes first, and the school has reviewed door alarm protocols with all staff and met with the family to provide support."