7 On Your Side Investigates: Vehicle damage and parking tickets at long-term parking lot 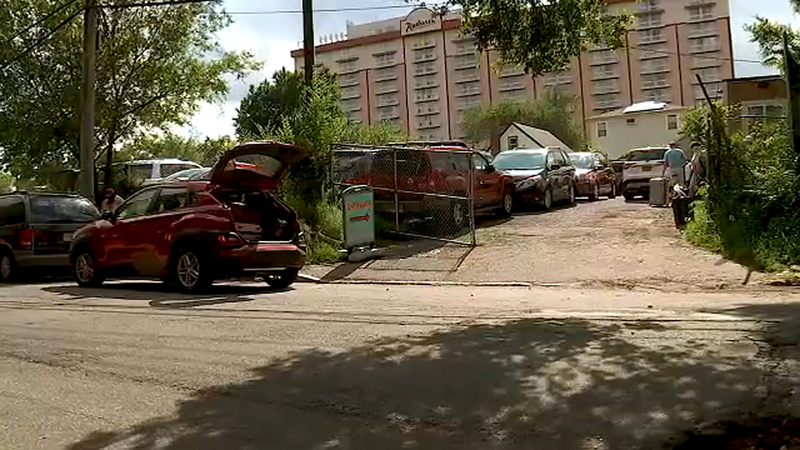 NEW YORK (WABC) -- Every day dozens of people pay to store their cars in long term parking while they travel, but customers at one facility near New York's John F. Kennedy International Airport complain they returned from vacation to find their cars hit with illegal parking tickets and sometimes even damaged.

The parking lot is located at 133-98 142nd Street in Jamaica, Queens; and goes by the name Airlot JFK longterm Parking.

The lot advertises daily rates at about half the cost of JFK's official long term parking.

Daniel Federman took the company up on its offer this spring when he traveled to Bali, hoping to save some money.

A couple of months after his trip, Federman said he received a notice in the mail for an overdue illegal parking ticket.

"I looked at the date, the date was March 15, that was a day I was in Bali and had my car parked at the AirLot parking lot," Federman said. "I was incredulous."

Cecil Thomas, another customer, had a different complaint.

Eyewitness News was on Airlot's property as Thomas returned from Jamaica to retrieve his new Hyundai and found his front bumper damaged.

"The car is all smashed up in the front," Thomas said.

Other customers also provided Eyewitness News proof of fender benders and parking tickets while they vacationed trusting Airlot to care for their cars.

The website that handles reservations, AirportParkingReservations.com, told Eyewitness News by email, "Although we are a reservation service for many lots in the JFK area, we are not involved with their daily operations."

When members of the Eyewitness News team visited the lot, we found more vehicles parked on the street with parking tickets.

Airlot employees had little explanation for the company's care of customers' vehicles.

"I work here but it's not a good business," said a man who identified himself as Michel.

Eyewitness News visited Airlot multiple times looking for the owner, Markens Nicolas, and also visited Nicolas' home but was not able to locate the owner in person.

On the same day, a girl who identified herself as Nicolas' daughter said he was at work, Nicolas responded to texts from Eyewitness News that he was on vacation and would call when he returned.

Nicolas has not called and refused to meet in person but did provide statements via text messages.

"We have been in business since 2014 and we took care of all legit claim that was made properly," Nicolas wrote.

Nicolas also asked Eyewitness News to tell him, "the name and reservation number," of the customers who reached out to Eyewitness News, and, "I will take care of them."

One customer who spoke to Eyewitness News confirmed Nicolas did reimburse her for her ticket.

Federman said he is still waiting to be reimbursed.

Nicolas denies the photo Thomas provided of his undamaged car at the lot the day he dropped it off for his vacation was taken on Airlot property and so far has not indicated a willingness to cover the damages, even though the photo provided by Thomas is geotagged with the location of the business.

Thomas has filed a police report and a claim with his insurance.

"I am troubled to hear of unethical practices by one of our local businesses," said New York City Council Member Adrienne Adams in response to our inquiries. "I am interested to know the follow up by our local agencies with regard to this matter."

Additionally, the Department of Consumer Affairs says Airlot is operating illegally, without a proper DCA license.

DCA issued Airlot a violation for failure to have a license and a judge has imposed a $500 fine.

Eyewitness News will continue to follow up with Airlot to see that Nicolas follows through on his promise to reimburse customers with legitimate claims and obtains a DCA license.