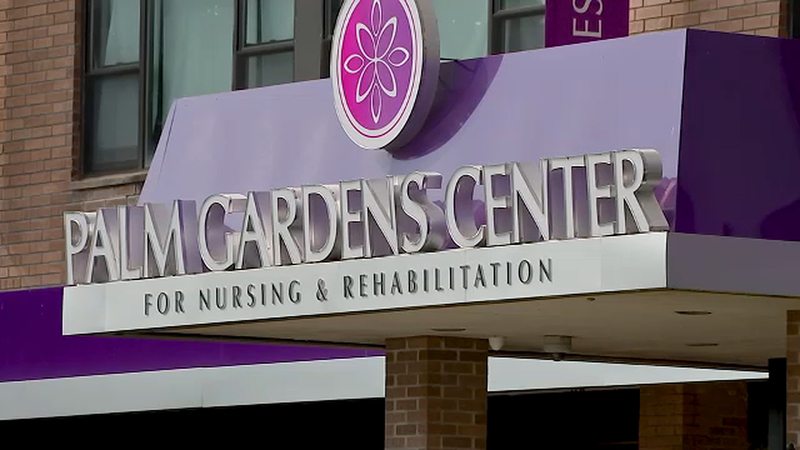 NEW YORK (WABC) -- 7 On Your Side Investigates has confirmed the presence of a deadly super bug at the Palm Gardens Center for Nursing and Rehabilitation in Brooklyn.

Anthony Hernandez contacted Eyewitness News after learning his wife had tested positive for the fungus in December 2018. How she got the bug is unclear.

According to her medical records, the facility put her under a "contact precaution" order to help prevent the spread of the highly contagious, drug-resistant disease following her diagnosis.

Hernandez said she remains under a contact precaution order today.

Since 2016, Candida auris has been increasingly infecting individuals with compromised immune systems in hospitals and nursing homes around the country and in many cases, results in death.

The disease infects a person's blood and causes symptoms such as fatigue and fever making it hard to identify without a test.

By September, the number of confirmed cases in New York alone, had climbed to 396, according to a New York State Health Department spokesperson. Of those patients, 193, roughly 51%, had died.

Additionally, 541 other patients were confirmed to be carrying the fungus without symptoms, according to the Health Department.

Of those 541 cases, a health department spokesperson said 55 later developed symptoms and the remaining 486 still under observation run the risk of developing symptoms as well.

Hernandez provided photos to Eyewitness News of warning signs he said are posted outside his wife's second floor room encouraging visitors to wear protective gear and take other safety precautions before and after entering the room.

Hernandez also documented those same warning signs outside at least three other rooms on his wife's floor.

While general infection rates have been released, public health agencies have not specified facilities with confirmed cases of the bug.

"To keep that a secret is putting people in danger," said Dr. Irwin Redlener, a Columbia University professor with an expertise in Public Health policy. "And I don't think that's reasonable or ethical."

Palm Centers declined comment on repeated questions by Eyewitness News regarding the presence of Candida auris at the facility.

The New York State Department of Health provided a statement about its efforts to contain the bug.

"The Department of Health has made controlling the spread of C. auris a top priority and has conducted extensive training and education on infection control policies and procedures for Palm Gardens and other nursing home providers throughout this region. We take complaints regarding quality of care extremely seriously and ensure all appropriate steps to protect the health and well-being of nursing home residents," said Jeffrey Hammond, NY Department of Health spokesperson.

Hammond added that a list of facilities with C. auris cases will be released later this year in the 2018 Hospital Acquired Infection Report.

"They all got secrecy and they keep everything quiet," Hernandez complained. "I think they should let the public know."

Hernandez said he hopes his wife's condition improves but he is also preparing himself for the worst.

"She is in God's hands," Hernandez said.

DO YOU NEED A STORY INVESTIGATED? Danielle Leigh and the 7 On Your Side Investigates team at Eyewitness News want to hear from you! Call our confidential tip line 1-877-TIP-NEWS (847-6397) or fill out the form BELOW. You can also contact Danielle directly: Danielle Leigh Email your questions, issues, or story ideas to 7OnYourSideDanielle@abc.com Facebook: DanielleLeighJournalist Twttier: @DanielleNLeigh
Report a correction or typo
Related topics:
health & fitnessnursing home7 on your side investigation
Copyright © 2022 WABC-TV. All Rights Reserved.
7 ON YOUR SIDE INVESTIGATION
Out of Service: Seniors stuck after 4-month elevator outage
NYC hospitals see surge in COVID patients, more staff out sick
Omicron variant latest blow to NYC tourism industry
Search: COVID positivity rates by neighborhood
TOP STORIES
Man recovering after being shoved onto subway tracks
Teen shot in back of head among 3 injured in Brooklyn shooting
AccuWeather: Partly sunny
5 tax changes that can boost your refund this year
NYC prepares to honor fallen NYPD officer with funeral service
Domestic incidents are highly dangerous for police officers: Experts
Fauci optimistic omicron will peak in February
Show More
7th grader fentanyl overdose death sparks debate for Narcan in school
Rescuers use sausage dangling from drone to lure runaway dog to safety
Fat Joe holds fundraiser for Bronx fire victims
Family demands justice after 23-year-old woman found dead after date
After the omicron wave, what's next for the COVID pandemic?
More TOP STORIES News