7 On Your Side appeals 'unreadable and mutilated' license plate ticket 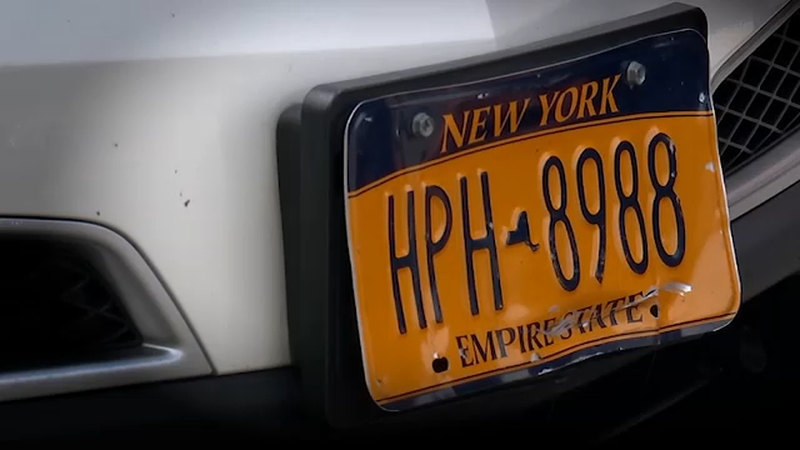 7 On Your Side appeals 'unreadable and mutilated' license plate ticket

HOLLIS, Queens (WABC) -- A Queens woman was ticketed for having a damaged license plate that she didn't even do, and she is not happy about it.

"I was upset," Tracey Kennedy said. "I was totally livid."

She is venting about a parking ticket violation received on August 2, 2019, calling her front license plate "bent, unreadable and mutilated."

There is a scratch in the plate, which she thinks someone bumped while parked. But can it be read? 7 On Your Side asked people in the neighborhood.

Standing about four feet from the car, two neighbors recited the plate number, while another woman read the plate, letter for letter and number for number from across the street.

Kennedy took pictures of the front and back plate. She disputed the $65 ticket properly online through the city's Department of Finance (DOF) and in the court of public opinion, Facebook, where she racked up dozens of comments calling the ticket ridiculous and saying the traffic ticket agents "must need glasses."

But to her surprise, she lost her online hearing and the city went a step further by stating her plate as "missing."

"I think it's just the principle," Kennedy said. "And it's aggravating that I have to take time out to deal with this, and I don't like it or appreciate."

7 On Your Side helped her fill out a written appeal and spoke to the DOF. Her appeal was reserved and the fine was dismissed.

HOW TO APPEAL A PARKING TICKET
-You can dispute online, through the mail, or in person. For the first two, include the ticket and any pictures that prove your case. Go to the city's Department of Finance website.
-If you lose, you can appeal the judge's decision. You have an additional 30 days to file. There's a form you have to fill out - and include pictures - and proof.
-Remember that your proof has to be conclusive. Pictures must be in focus and include close ups and wider shots that provide context.
----------
* More Queens news
* Send us a news tip
* Download the abc7NY app for breaking news alerts
Report a correction or typo
Related topics:
hollisqueensnew york cityparking7 on your side
Copyright © 2021 WABC-TV. All Rights Reserved.
TOP STORIES
Fox News Christmas tree set on fire in NYC | VIDEO
Parents outraged over fights involving guns at NYC high school
Class-action lawsuit planned against NYC's private-sector vax mandate
Major outage at Amazon disrupts businesses across the US
New NYPD data shows hate crimes on the rise in NYC
AccuWeather: Sharply colder; some snow possible
COVID Updates: Omicron appears less severe than delta, new data finds
Show More
How to get your money back if you fall for Zelle/bank scam
New York pledges $2 million towards Afghan refugee resettlement
Eric Adams returns from Ghana, prepares to take office as NYC mayor
Residents speak out after wind causes building to collapse in NJ
Judge grants hearing to reconsider NYC's mandate for municipal workers
More TOP STORIES News