7 On Your Side solves Sunnyside parking mystery 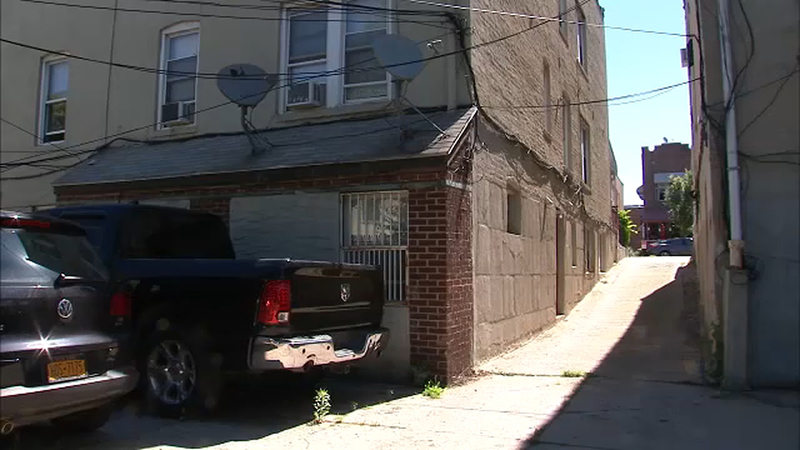 7 On Your Side solves Sunnyside parking mystery

SUNNYSIDE, Queens (WABC) -- In New York City, private homeowners can and do often rent out parking spots on their own property. That's what one Queens family has been doing for years.

But this Sunnyside parking deal went south in a big way.

Zena Sehou introduced us to her unwelcome space squatter. "I'm up to here. I'm fed up," said Sehou.

That's because since last December a Dodge Ram has been a hog, taking up a prime spot on her property.

At this point the landladies don't even want the back rent owed, $900. They just want to know what the heck happened to the truck owner.

Now the truck sits, idle and locked. So Zena starting calling everyone, city agencies and a bunch of tow companies. Zena said all towers declined, saying their driveway is too narrow to get their flat-bed truck in and out.

Adding to the riddle, the pick-up has no plates. The NYPD ran the registration and provided a name and address less than two miles away. But when they went to the apartment, no one had heard of the man.

So we went to the building and had a chat with a guy who turned out to the missing truck owner's former roommate. He told us he hadn't heard from his buddy in six months.

But after I informed him we were about to tow the truck to an impound lot? The parker of the pick-up gave me a call pronto, and we merged him in with Vera.

He said he moved to Maine, and blamed the parking pickle on a pal who he thought paid the bill. But within days, Paul drove from the Pine State to Queens with cash. And Vera had $1,500.

That's all the back rent owed to Christmas plus a four months advance to keep the truck in the spot till September.

Going forward, when they rent the parking space they're not going to disclose the address until they get a copy of the driver's license, a security deposit, and also a signed agreement giving them the right to tow the car and not be responsible for any damages if they don't get paid.

If using the app, click here to send us a news tip
Report a correction or typo
Related topics:
trafficparking7 on your side
Copyright © 2022 WABC-TV. All Rights Reserved.
7 ON YOUR SIDE
Restaurant loses weekend of business over untimely gas inspection
Tips winterize your home and keep gas, electric bills low
How to get reimbursed for at-home COVID tests
7 On Your Side: Tips for ordering your free at-home COVID tests
TOP STORIES
Winter Storm Update: Tracking the nor'easter
Widow delivers heart-wrenching eulogy for NYPD Detective Jason Rivera
Final farewell for NYPD Detective Jason Rivera
'I can't believe I'm alive': Man shoved onto subway tracks speaks out
NY area urged to prepare for snow, wind as nor'easter approaches
Winter nor'easter: LIRR suspended Saturday, other mass transit info
'This is a big one': Murphy declares state of emergency in NJ
Show More
3 arrested in shooting death of innocent honor student in New Jersey
NY college student found unconscious on freezing morning dies
Taylor Swift fan arrested after crashing into NYC townhouse
Parts of Connecticut could get 2 feet of snow, Gov. Lamont warns
Hochul extends NY mask mandate as Appellate Court hears case
More TOP STORIES News
Send us your questions, issues, and story ideas to Nina by filling out the form above, by emailing 7OnYourSideNina@abc.com, or contact Nina on her Facebook page or tweet her at Twitter @7OnYourSideNY! You can also call the 7 On Your Side Hotline at 917-260-7697.