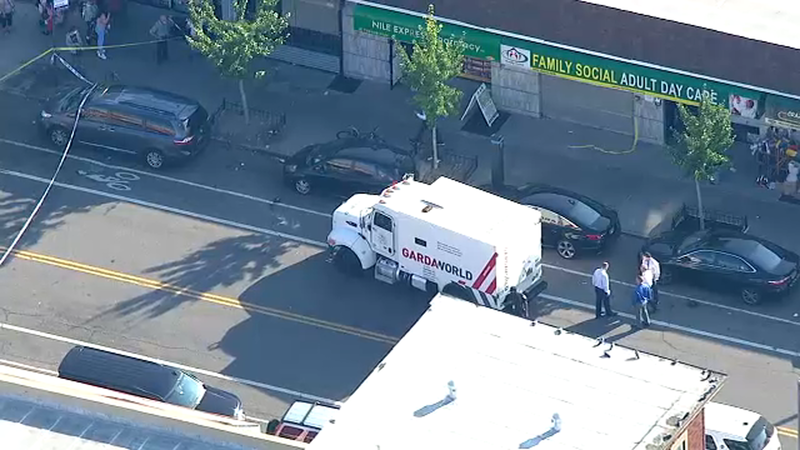 BATH BEACH, Brooklyn (WABC) -- Crews are investigating after a child was struck and killed by a vehicle in Brooklyn.

The incident was reported around 4 p.m. Monday near Bay 23rd Street and Bath Avenue.

The 7-year-old child was taken to Lutheran Hospital where she was later pronounced dead.

Police say the little girl was with her family at the intersection when she stepped into the street and was struck by an armored truck.

The driver remained on the scene. No criminality is involved at this time.

Joe Torres reports three children are in critical but stable condition when they were left at home alone during an apartment fire in the Bronx.