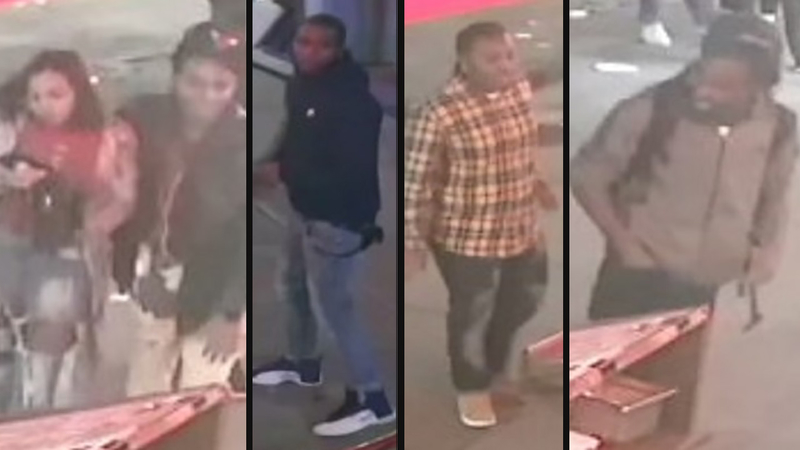 MIDTOWN, Manhattan (WABC) -- Police are searching for a group of individuals who allegedly assaulted a 71-year-old Manhattan diner employee who tried to break up a fight over the weekend.

It happened just before 5 a.m. Sunday at the Applejack Diner, located at 1725 Broadway in Midtown.

"It was a brouhaha," said diner general manager Michael Kalliagas. "People were yelling and screaming and throwing things. Nick got in the middle to try and break it up, try and defuse the situation and he got caught in the crossfire of the violence."

The incident began when five customers seated at the diner's front booth got into a dispute with a disabled man who came in from outside. The confrontation turned physical and escalated.

"The only thing I was trying to do was to tell them to stop," said night manager Nick Vattes. He said when he tried to break it up, someone hit him in the face, apparently with a bottle.

He suffered a laceration to his face and a fractured nose. "42 stitches and several fractures and broken bones," said Vattes.

The suspects fled the scene on foot northbound on Broadway.

The victim was taken to Mount Sinai West hospital and is in serious but stable condition.

The suspects are described as three black males and two black females, between ages 20 and 30.

Citizen App video appeared to show one of the women still on the scene after police arrived, though no arrest was made.

"We want these people to be brought to justice and find out why would they do something like this," said Kalliagas.