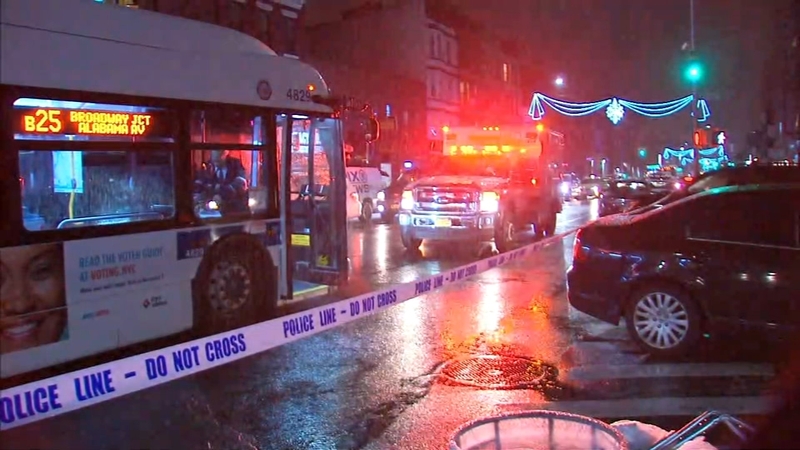 CLINTON HILL, Brooklyn (WABC) -- A wild chain of events led to several people injured in Brooklyn. Police say one of the vehicles involved in the crashes is an MTA bus.

The scene unfolded just before 4 p.m. Saturday with a multi-car collision on Fulton Street and Clinton Avenue in Clinton Hill. Police say it all started two blocks away at Gates and Washington avenues. They pulled over a silver Honda for a traffic infraction, and when officers approached on foot, it took off.

Officials say the Honda then blew a red light at Washington Avenue, hitting the MTA bus. Police say two men in that car then attempted to flee. One man was taken into custody, but police are still searching for the other suspect.


"I heard a crash. A big, big one that's scared me, and I run behind the door to see what happened right there. I see maybe, like, people - they're running," said eyewitness Rajah Hussein.

Eight people in total were rushed to Methodist Hospital with minor injuries.