Storm in Central US to bring snow to parts of Midwest 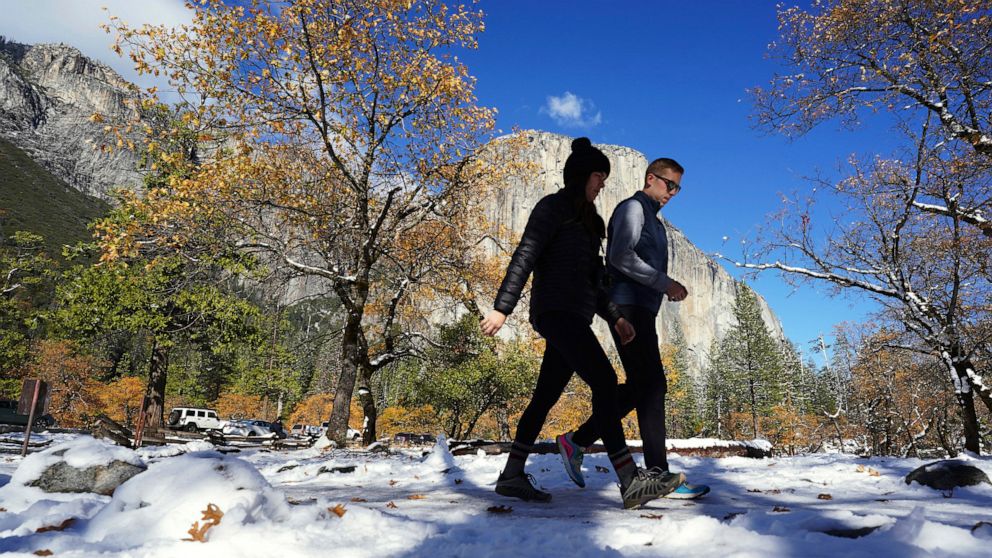 A large storm system is developing in the central U.S. and it is bringing some snow to parts of the Rocky Mountains and the upper Midwest.

Winter Weather Advisories have been issued for parts of both regions, including large parts of Wisconsin, Michigan and Illinois.

Roadways this morning in and around Chicago, Rockford, Milwaukee and Cedar Rapids could be slippery this morning due to the snow.

Temperatures in the region are pretty close to freezing so the snow will have trouble accumulating on some surfaces, with much of the accumulation being on grassy surfaces where most spots will see 1 to 3 inches of snow.

On the southern side of this storm system we will see the chance for severe storms to develop later today in parts of the Southern Plains, especially in Oklahoma where damaging winds and brief tornadoes will be possible.

Once again, the main threat will be damaging winds, although isolated tornadoes will also be possible once again.

On Thanksgiving morning, the storm system will reach the East Coast and heavy rain will overspread much of the Northeast including the major I-95 cities where localized flooding will be possible.

The good news is the bulk of the rain will clear the East Coast by the evening hours on Thanksgiving.

Behind this system on Thanksgiving, much of the country will be dry and mild with no real organized weather threat. This is perfect for many who are aiming to safely see relatives outdoors or with windows open given the current health crisis.

The next organized weather threat appears to be immediately after Thanksgiving during the extended holiday weekend as a slow moving storm system is likely to develop and move through the southern U.S.

Based on the latest forecast guidance, it appears there could be a potential rainfall and flooding threat on the way to region that could last into early next week.
Report a correction or typo
Related topics:
abc newsnational
Copyright © 2021 ABC News Internet Ventures.
More Videos
From CNN Newsource affiliates
TOP STORIES